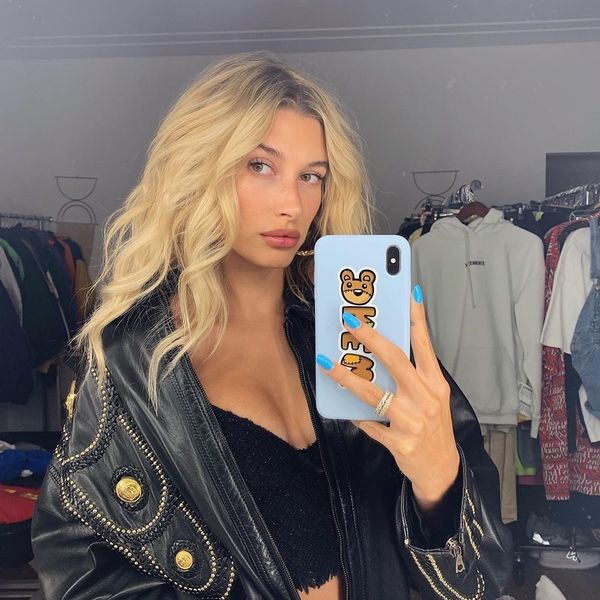 We love a good fashion homage, but Hailey Bieber just took celebrity/muse inspiration to a whole new level. The model/influencer shared photos on Instagram this week of her shoot from the latest issue of Vogue Paris, but this wasn't just any fashion editorial. Bieber was serving you Princess Diana realness, and she pulled it off brilliantly.

The shoot showed off some of Diana's signature style elements, such as biker shorts, baggy sweaters, baseball caps, and oversized blazers. Her style was way ahead of her time, with many of these trends cropping up seemingly everywhere nowadays.

But even though Bieber was channeling the late royal's casual off-duty style, every single look wouldn't look out of place outside a fashion show today. In the spread, she's photographed wearing Celine, Louis Vuitton, and Kenzo against various backdrops including a tennis court and a college campus. In one shot she's even holding an adorable pup, of which Diana loved to take around, as well.

The images instantly struck a chord with Bieber's Instagram audience. Vanessa Hudgens, Emily Ratajkowski, and both Hadid sister flooded her comments with heart emojis and exclamation points. Gregory Harris lensed the shoot, which was styled by the magazine's contributing editor Virginie Benarroch.

Celebrities channeling other style icons is nothing new. Kim Kardashian famously posed as Jackie Kennedy in a shoot for Interview back in 2017, with garnered significant attention in the Twitter-sphere.

Princess Diana's style has always been fawned over, but it only recently hit a fever pitch that kicked off two years ago, when Virgil Abloh presented his Off-White Spring 2018 collection in Paris that was heavily influenced by Diana's fashion sense, thus capturing a whole new generation's interest in her immaculate style.