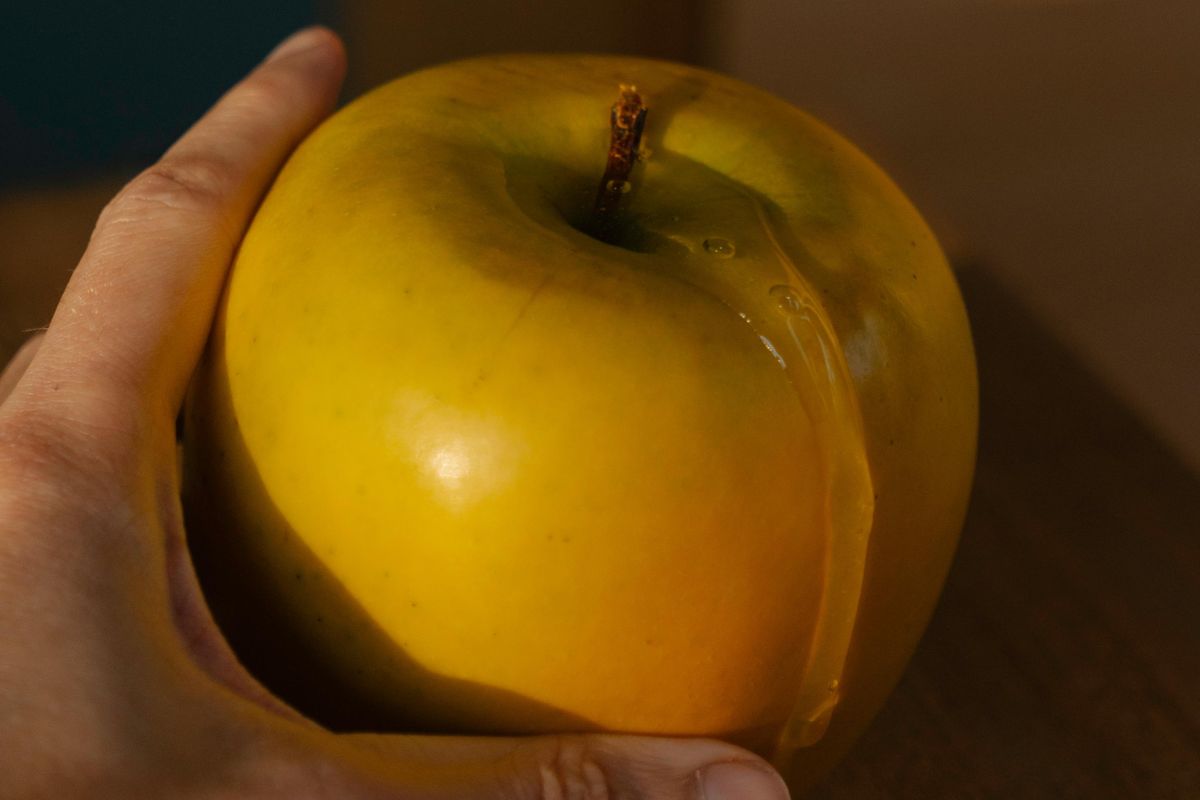 Amidst all the recent progress we've made when it comes to destigmatizing sex and pleasure, the discussion surrounding lube still remains relatively taboo. Because even though everyone could benefit from some extra lubrication, some would argue that this lingering aversion can be chalked up to the continued separation between sex and "regular life" — and this is something Dave Shanfield is trying to change with his new brand, Goodparts.

As the 28-year-old founder explained over Zoom, his primary goal was to create personal lubricant as part of a larger lifestyle brand that aims to "treat sex like a part of life, not apart from it" for everyone.

"I don't want Goodparts to be in a sex store. I want it to be in a sneaker store, a personal care store, a cool hotel, because you're not not thinking about sex when you're at those places too," he said. "The way to destigmatize lube is not by selling it where it already is, but meeting our customers where they are."

"More than other personal care items, when it comes to lube, packaging and product are inextricably linked. It's not like you can take the lube out of the bottle before you're ready to use it," he said. "We wanted to create a product that would look so good it would feel like it was a part of the process or foreplay rather than a distraction from it."

But where exactly did the idea for Goodparts even come from? Back in January 2019, Shanfield's growing interest in the burgeoning male skincare space led him to think more about lube, the one personal care product he'd consistently purchased for years as a gay man. However, it didn't take him long to realize that very few brands spoke to him as a consumer — despite being "the core market" for lube — as "everything looked like it belonged in a hospital" or branded itself in a way that fed into the "dated" stereotype of the "hypersexual, white gym gay."

​"At the end of the day lube is a great product, but the packaging always felt clunky and awkward. For me, growing up gay and closeted, sex was very closely associated with shame. Even after coming out, it takes a long time to undo that, to just be more comfortable talking about sex and acknowledging it as a regular part of life," he said. "I wanted to make something that didn't treat sex like an anomaly, but just a part of life that everyone participates in."

So combined with his desire to finally work on a project for himself, Shanfield decided to use his experience in the branding space to create an appealing and functional product that could speak to every man. And while he took some inspiration from the spate of new, women-centric brands that positioned sex as part of a larger lifestyle, he also wanted to stay away from the trendy type of branding that only speaks to one specific kind of white person.

"I call them the beige brands, like they're very airy and organic feeling," he said. "But I feel like sex is sporty, it's sweaty, it's funny, it's weird, it's colorful. It's all this other stuff, and there just didn't seem to be a brand that really represented that."

Aesthetics and branding aside though, Shanfield said his primary goal was to create a brand that "spoke to men and masculinity in a way that wasn't toxic," regardless of sexual orientation. After all, as he reiterated, many lubes marketed to the gay men treat them as a very specific, stereotypical monolith, which he found off-putting. While coming up with Goodparts, Shanfield also found that lube was a tough topic for his straight guy friends, many of whom only recently began experimenting with lube.

"There's such a stigma about it. They all thought lube spoke to performance issues on their part, or maybe she's not that into them. And speaking to women, they're like, 'No, sometimes you just want a little extra,' or you're really into a guy but you're not as wet as you'd want to be. It's not about how hot the guy is or how good he is at anything," he said. "So I thought there was an opportunity for a brand that could really speak to all guys about sex in a way that was actually desirable."

Thankfully, Shanfield said that he's begun to get more straight men on-board with his lube crusade. Granted, while Goodparts is technically aimed toward men and focused on helping break down certain tropes of toxic masculinity, he was also quick to clarify that Goodparts isn't arbitrarily gendered. Rather, his products are for anyone interested in a well-designed, functional sex and lifestyle product.

"I know for a fact not every woman is attracted to that kind of beige, organic brand that's already out there," Shanfield said, before concluding, "We're speaking to this notion of modern masculinity. It doesn't need to be for everyone, but it doesn't just need to be for men either."