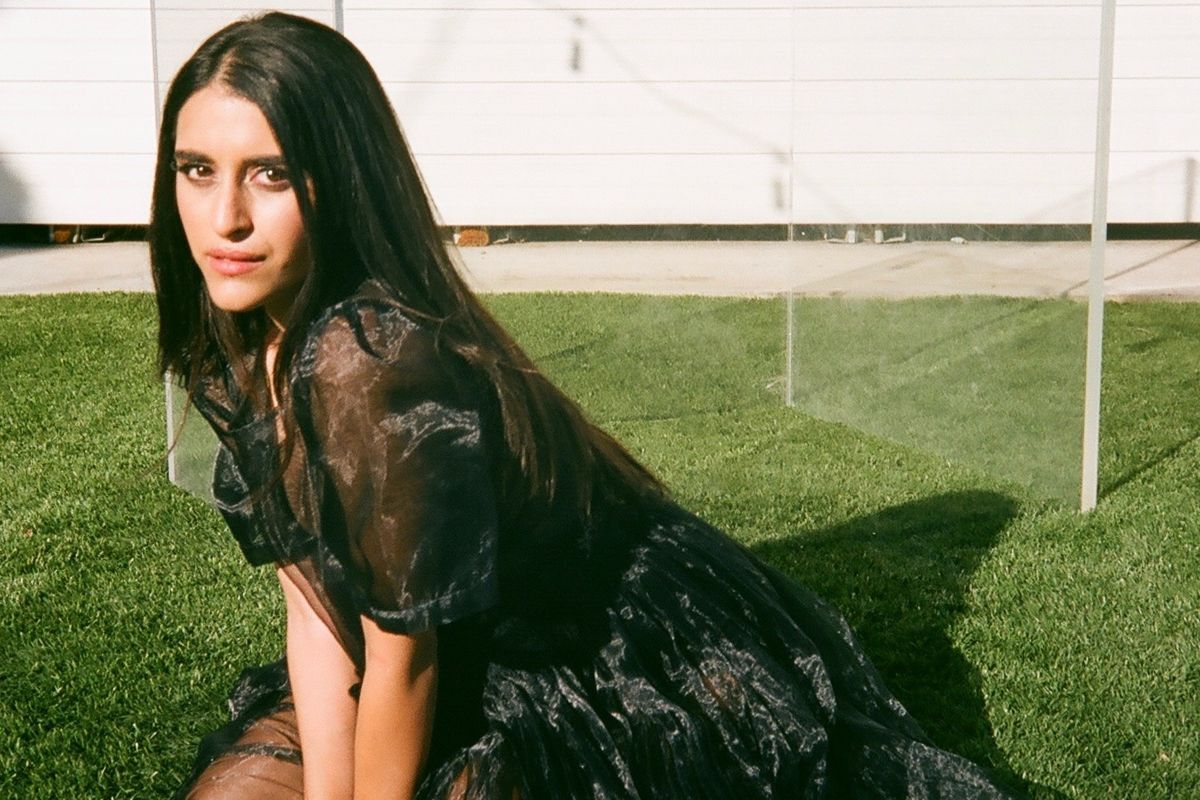 Gia Woods is a 22-year-old Persian lesbian, and a pop upstart who pens flirty, delicious, carefree love songs about girls. She's also a junior member of a new class of young women in pop, led by folks like Hayley Kiyoko and Kehlani, who are writing stories and creating space for young fans unmoved by the bad boys and masc heartthrobs that populate the genre.

Woods broke out in 2015, when she came out, to her fans as well as her family, in a song called "Only A Girl" and its deliciously teenage, sunkissed video that watches like a gay summer camp rom-com (you know, if we actually had those). Since then, Woods has played LA PRIDE, collaborated with Norwegian DJ Matoma, and dropped several more of her own sultry bops including "What I Like," co-written by Jesse Saint John.

Today PAPER premieres Woods' latest single,"Jump The Fence." It's a salty-sweet earworm that instantly fills the room with warm summer air and a sense of reckless adventure. A taught, staccato drum pattern keeps a danceable beat under the addictive, helium-light melody while Woods sings about crossing boundaries, turning off self-doubt, and giving into desire. You can hear aesthetic and sonic imprint of radio-pop icons like Daya, Julia Michaels Tove Lo, but there's also a warm rasp in her voice and a playful skitziness that's shockingly reminiscent of Lorde.

In the visual, directed by Jasper Soloff, Woods pouts inside a plexiglass box which she tries escape, pawing at the glass, trying to reach the cute girl on the other side. But she breaks out, as the video cuts to radiant outdoor shots of Woods dancing on green grass, under spraying sprinklers, blue skies and rays of sunshine.

"The plexiglass box represents the ways we may be able to see something we want but there's still that separation, whether it be society or expectations, that keeps us from fully going for it. It's that fence we all gotta jump!"

Watch and listen below: