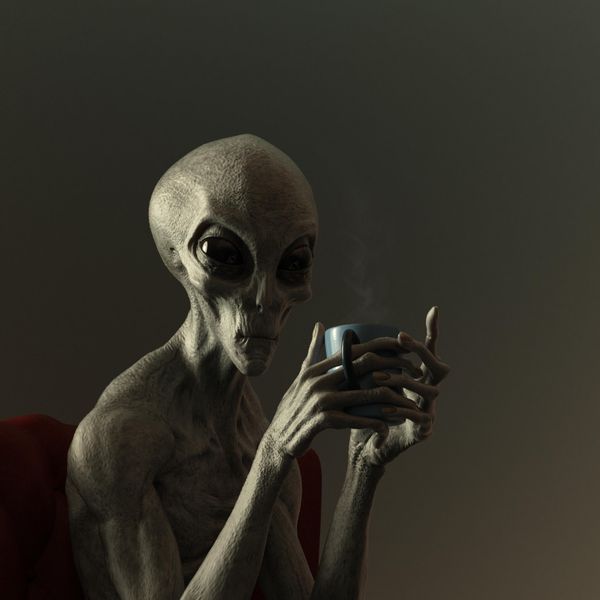 For decades, humanity has long pondered the existence of extraterrestrial life: Whether or not they are truly out there and if so, what it would be like to meet them? We've written countless books about them, made movies about every conceivable scenario and some of us even swear they have already met them. In fact, it's been a huge year for aliens between the US Government declassifying a bunch of UFO incidents to whatever the hell is up with those monoliths. But in our endless fantasizing have we ever stopped once to consider they just might not be that into us?

According to the ex-head of the Israeli Space Program, Haim Eshed, not only do aliens exist but we've been in contact with them for years, they just don't think we're ready yet. Eshed goes on to assert that these aliens have signed an agreement with the US Government that allows them to conduct experiments and even have an underground lab on Mars but are "waiting for humanity to evolve and reach a stage where we will generally understand what space and spaceships are" before they reveal themselves.

Related | The Case of the Mysterious Disappearing Monoliths

Eshed even goes so far as to say that Donald Trump nearly went public with this info but was dissuaded by the "Galactic Federation" from doing so, which out of all the claims actually does feel plausible. So why is Eshed just now telling us this news when even he admit he would've been "hospitalized" if he came out with this info five years ago? Easy, it's 2020.

In a year that has unraveled our sanity and thrown everything and the kitchen sink at us, we have become so numb that the existence of a vast alien coverup conspiracy no longer seems to phase us. Furthermore, it makes sense that aliens would look at the flaming dumpster fire the state of the world is right now and decided to skip Earth when the Galactic Federation was sending out their annual invites. Between the climate crisis, the pandemic, racism, gross wealth inequality, TikTok, the continued existence of Nickelback and that KFC Lifetime movie starring Mario Lopez, it really shouldn't be a surprise that highly intelligent beings capable of interstellar travel might not want to bother with us. (All that talk of raiding Area 51 certainly didn't help our case either.)

It's important to be clear there is no hard evidence supporting Eshed's claims and no one has come forward to corroborate his story let alone take it seriously. For the exact same reasons that Eshed felt comfortable to come out with these outlandish revelations, many have latched on to the notion that the Galactic Federation telling Earth to gets its shit together not only just feels like a fitting finale for 2020 but after all we've been through, the one we honestly deserve.

(Psst...Galactic Federation if you're reading this, please take me with you. I'll be chill about it I swear.)