Obviously, no two queer experiences are the same. But in considering the who and why of Flat Pop Records, a New York-based record label describing itself as a "queer progressive, nonbinary, pro-trans, pro-woman, pro-gay pop label," I'm instantly reminded of fashion designer Willie Norris' motto, which promotes the idea that queer entrepreneurship doubles as a means of self-defense. I'm queer, too. I get it.

There are numerous stories out there about the difficulties LGBTQ people have faced in all industries, where capital is more important that people, where people are hierarchically ranked and filed, then compared and pit to and against one another. The results of corporations operating this way are usually some unwieldy mix of patriarchal violence, in which already systemically disenfranchised populations strive to make it a work within systems set up for them to fail.

So when queer people mobilize and, as the Eurythmics' Annie Lennox once sang, start "doin' it for themselves" in business, creative endeavors, and in life — it is not only an effective means of fighting back, but in reclaiming personal and collective power.

"No one is asking a straight artist what it means for them to be viable."

The co-conspirators of Flat Pop understand this logic instinctively, and so, have created a collaborative, inclusive, and queer-run venture where all involved not only survive, but thrive.

For Brooklyn musician and co-founder Chav, creating Flat Pop was a solution to the question of whether or not queer artists had legitimacy within the music industry. Read another way, do queer people have the ability to profit and thrive from their creativity? It's a question Chav and his cohort are determined to not only answer, but to dismantle altogether.

"No one is asking a straight artist what it means for them to be viable, because that's just the common tongue... it's the industry's base line," Marcello says. "In an industry that functions that way, the messaging to queer artists becomes 'you are not viable, because your queerness and your otherness are not parts of the baseline.' This continues to be the pervasive line of thought, even when there are clearly large communities of queer people and even a World Pride celebration taking place in our backyard this year. When there are thousands upon thousands of people celebrating Pride around the globe, how is the question of queer viability still driving the decisions of which artists to invest in?"

With that in mind, Flat Pop's goals are not only to buck an outdated system of belief around who gets to succeed in music and why, but to do so by taking ownership of their stories. No more bottom lines. Flat Pop wants to prove doubted but should be known widely: not only are queer people able and worthy of defining culture, we are the culture.

To officially announce the label into the world, Marcello and Chav are holding a Pride Month launch event at Brooklyn venue, 3 Dollar Bill this Sunday, June 23. Performances will be given by label artists, Chav and Ms. White, with support by pop artists Michael Blume and Camille Trust. Dorian Electra collaborator Absrdst, who also provides Flat Pop with label support, will play a DJ set. For performance schedule and tickets, go here.

The event's guests of honor are the Trans Women of Color Collective (TWOCC), a trans advocacy group founded by educator and activist Lourdes Ashley Hunter. Marcello and Chav add that having TWOCC as guests of honor prioritizes Flat Pop's collective efforts to "center those in our community who have not had access to resources, opportunities and sustainable systems of support to live unapologetically in their truths." 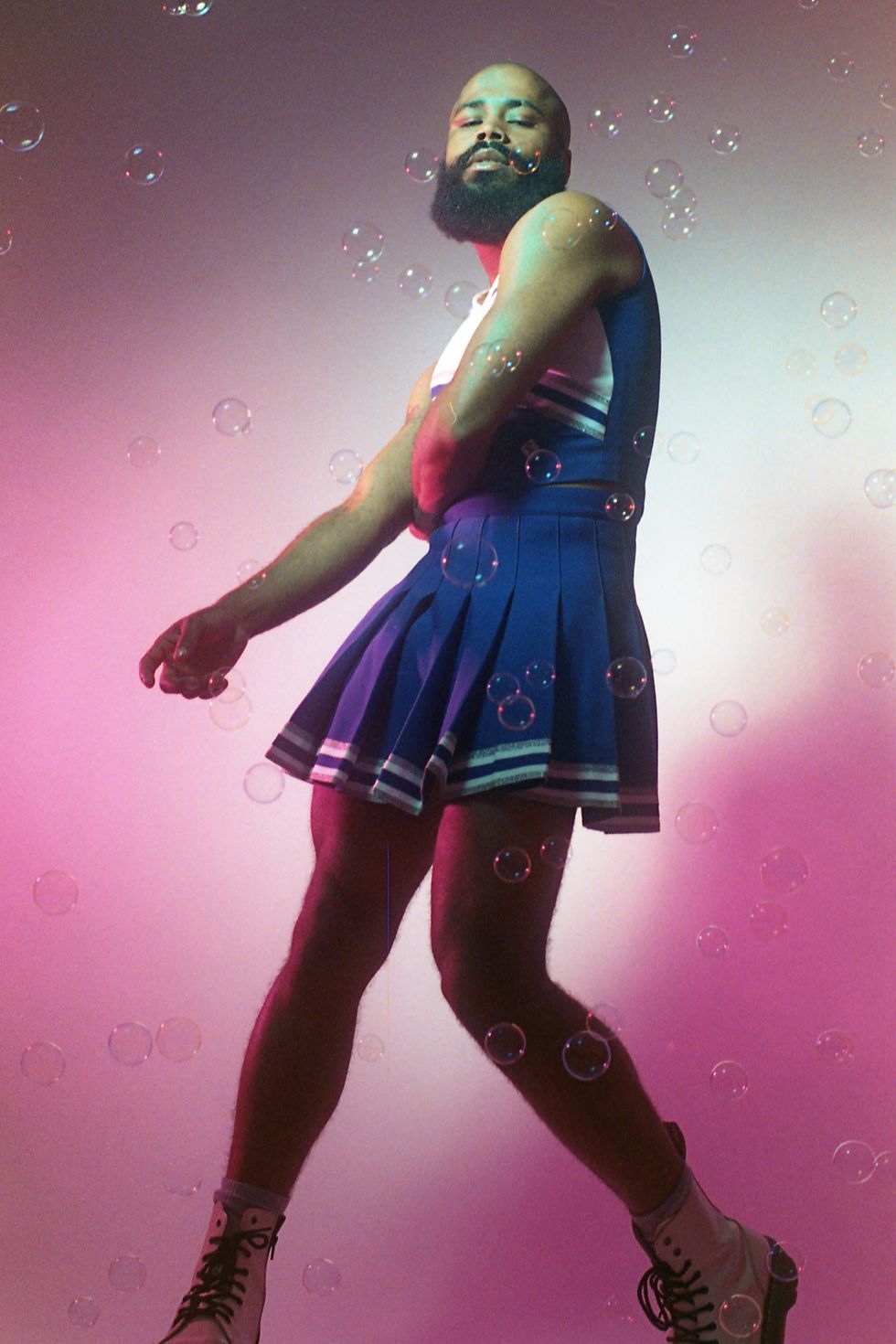 My music at the moment is about embodying that Y2K sugary pop queen fantasy, which is a place that as a queer black child I could only appreciate and never take part in. Queer music gives place to communicate nuance and spectrum- it allows us to be our fantasy, live in our truth, and own our narratives for ourselves. 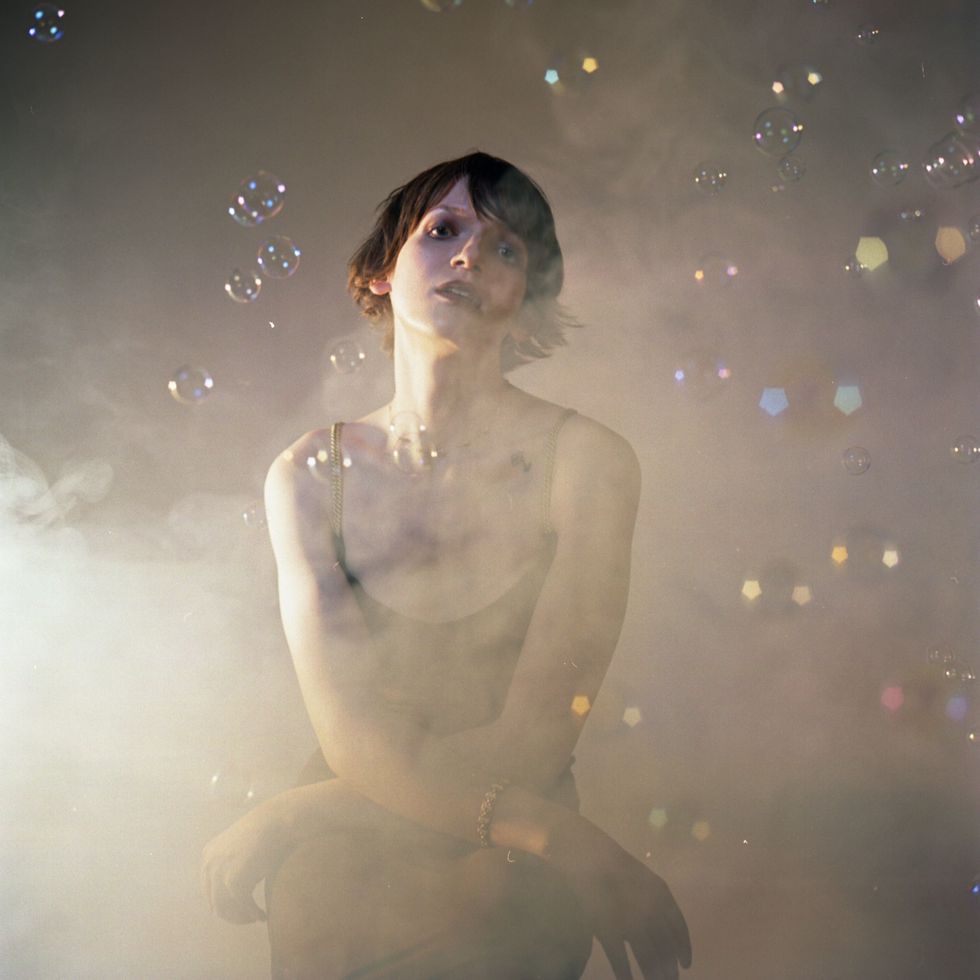 Queer music is revolutionary because queer people are constantly living our own personal revolutions. Now that we are finally able to fight for the space to tell our own stories and communicate our emotional worlds through music, we're able to spread the love that we feel in our hearts but often don't receive in return. For me, not a single musician I looked up to as a kid was trans, not a single voice on the radio, not a single person. Queer music is revolutionary because you've literally never heard it before. 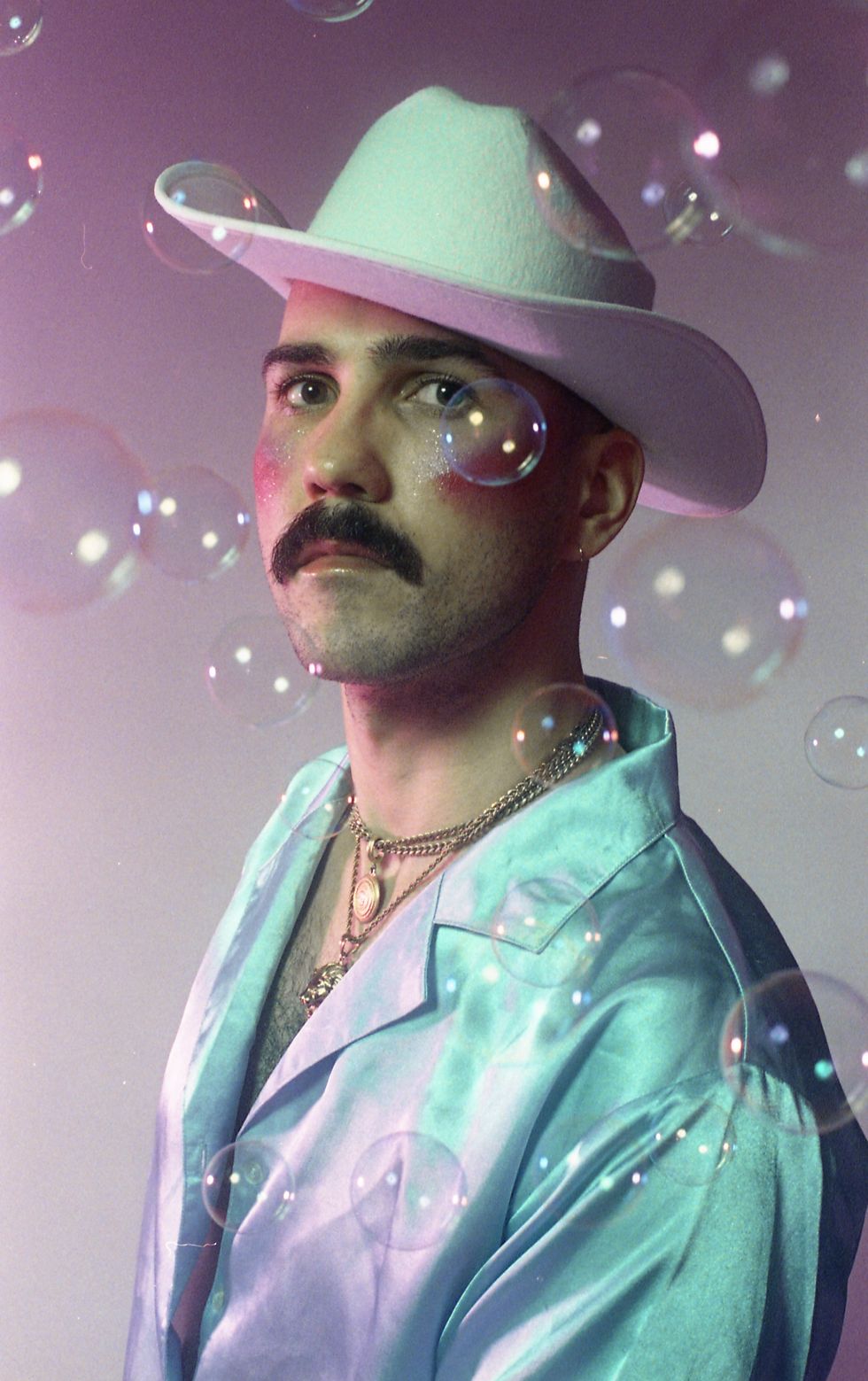 Queer artistry deserves all the space in the world to stretch and flex and discover itself- too long capitalism and misogyny have narrowed the artistic pool and limited the spectrum of human experience. Queer artists do the very challenging work of breaking open that box- taking artistic liberation into our own hands fights all of the forces that seek to silence, sterilize or commodify queer communities and ensures that future generations will have a much broader imagination for what wonders are possible in this world. 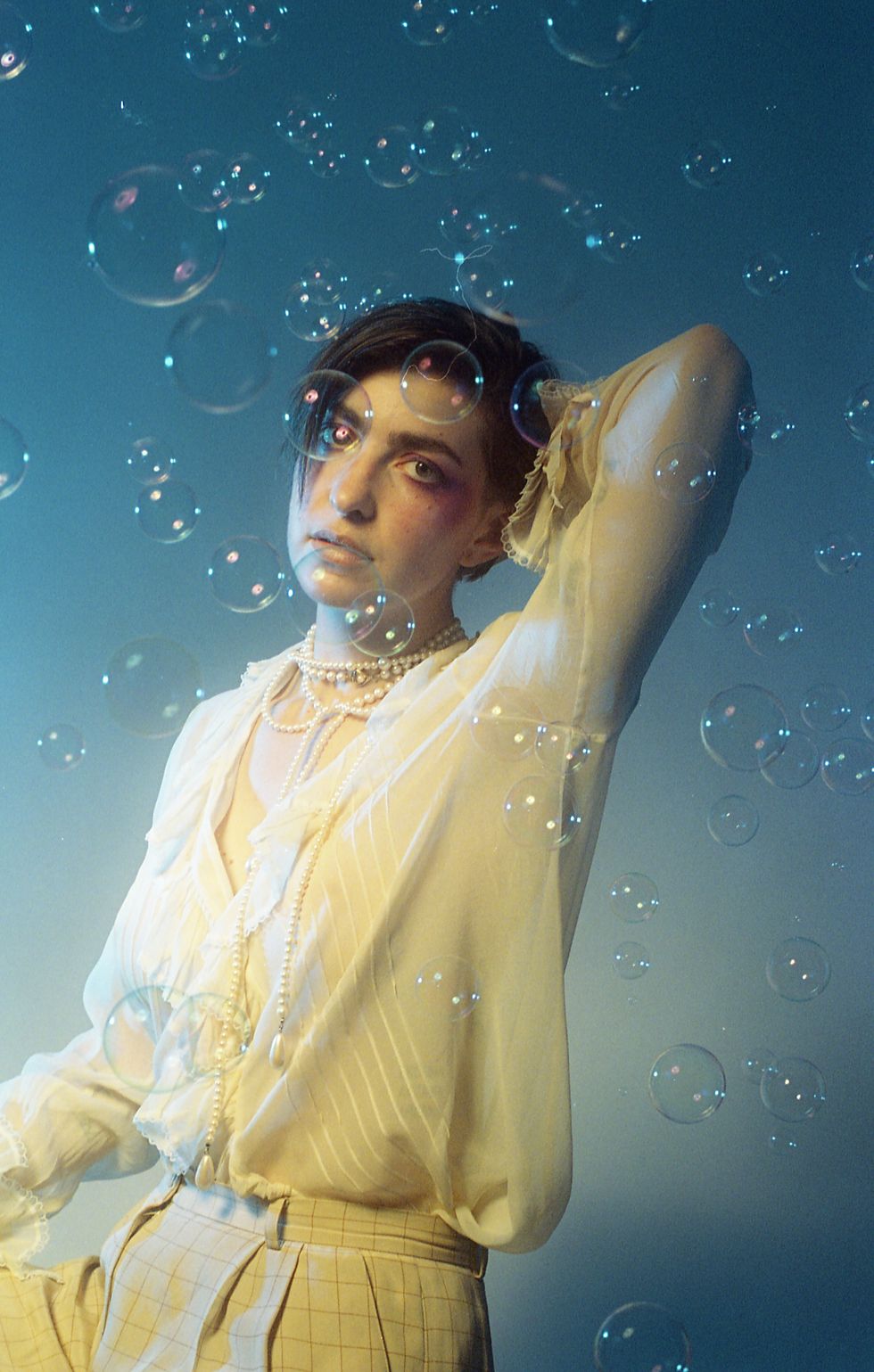 I'm always looking ahead, at the new generation coming up behind me. I want the next wave of queer artists and activists to be able to make work and not feel commodified or harassed or excluded. Everything we do is political, and this work is a big part of that. 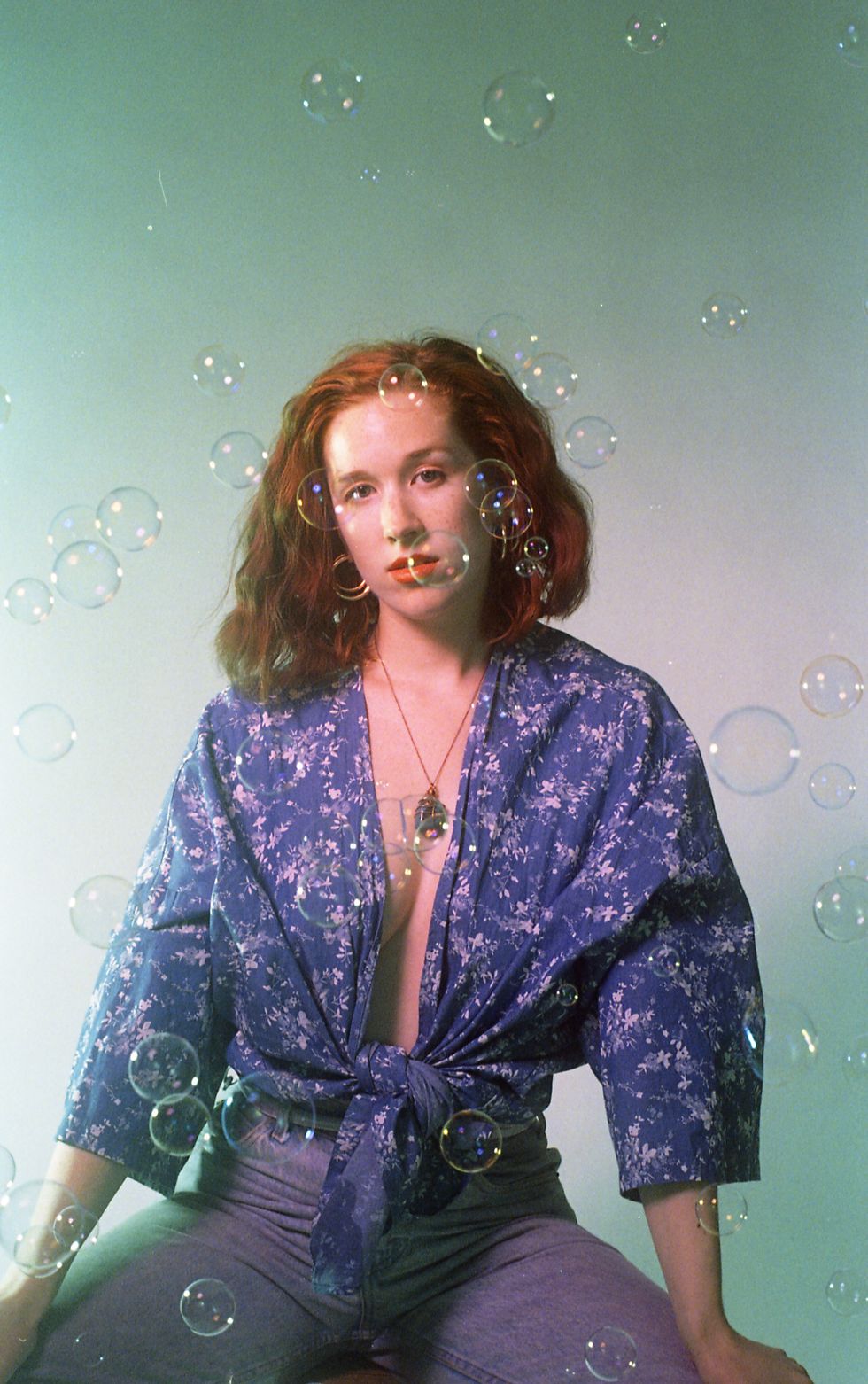 We live in the age of information and accessibility, and how that translates to artists is that we don't need to sacrifice integrity for commercial appeal. I think queer artists are proving that especially. Instead of tailoring an image just to find an audience, you stay true to yourself and let your audience find you. They are out there, maybe they're waiting to see themselves revealed in someone else's work, and maybe that will inspire them to be revolutionaries too. There's this whole wave of queer artists being unapologetically ourselves and creating content that is reaching people who can actually see themselves in it, and we know how important representation is. 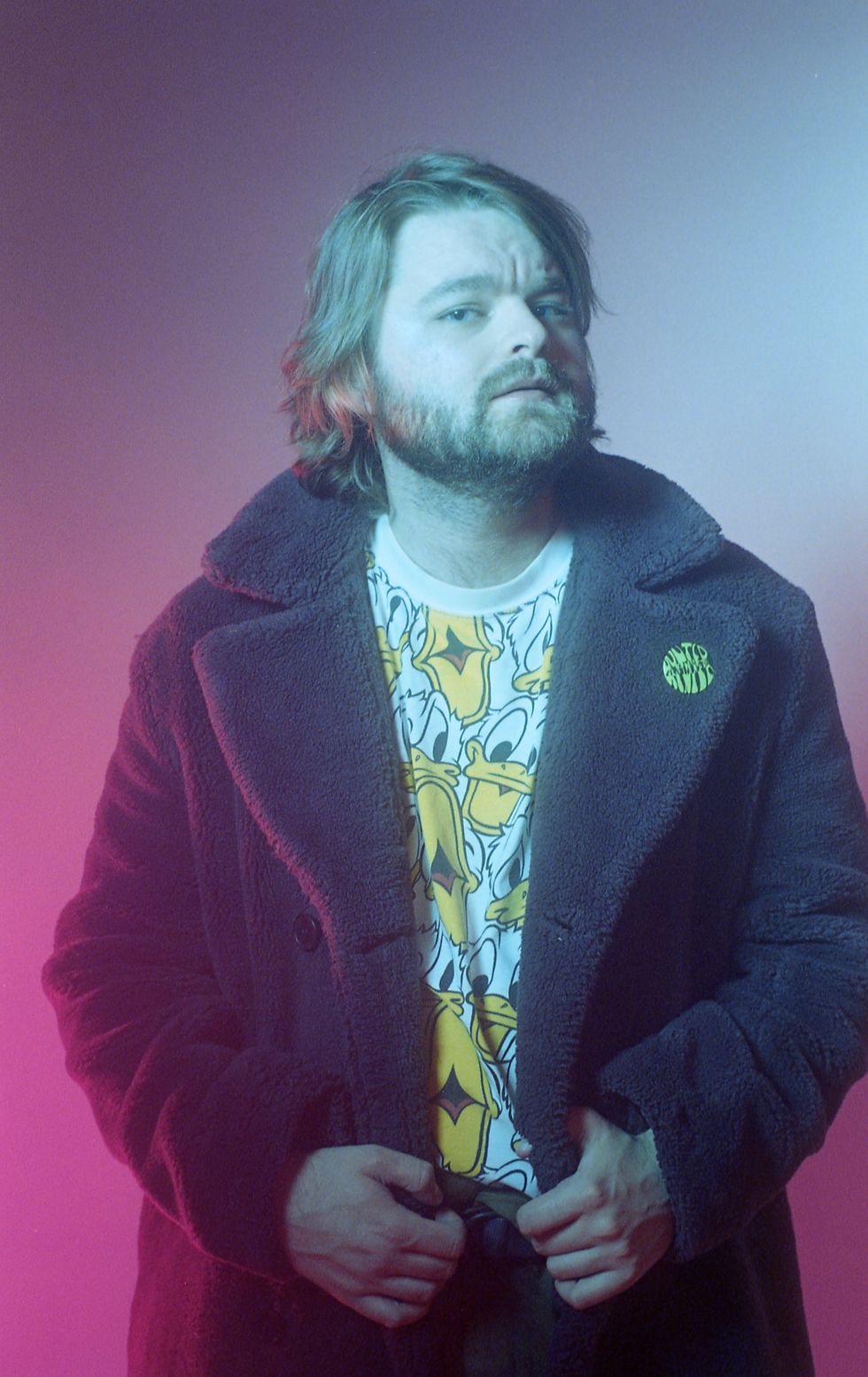 Straight people get to sing proudly about their romantic history and get to glorify their experiences. I think it's fun doing the same- I like singing about being promiscuous and queer heartache and stuff. My approach has always been to sing about my life with the same comfort levels as any straight person. I think people can relate to that honesty in a visceral way, queer or not, and I think that's ideally what we want- some universal empathy for people like us, and maybe even common ground. 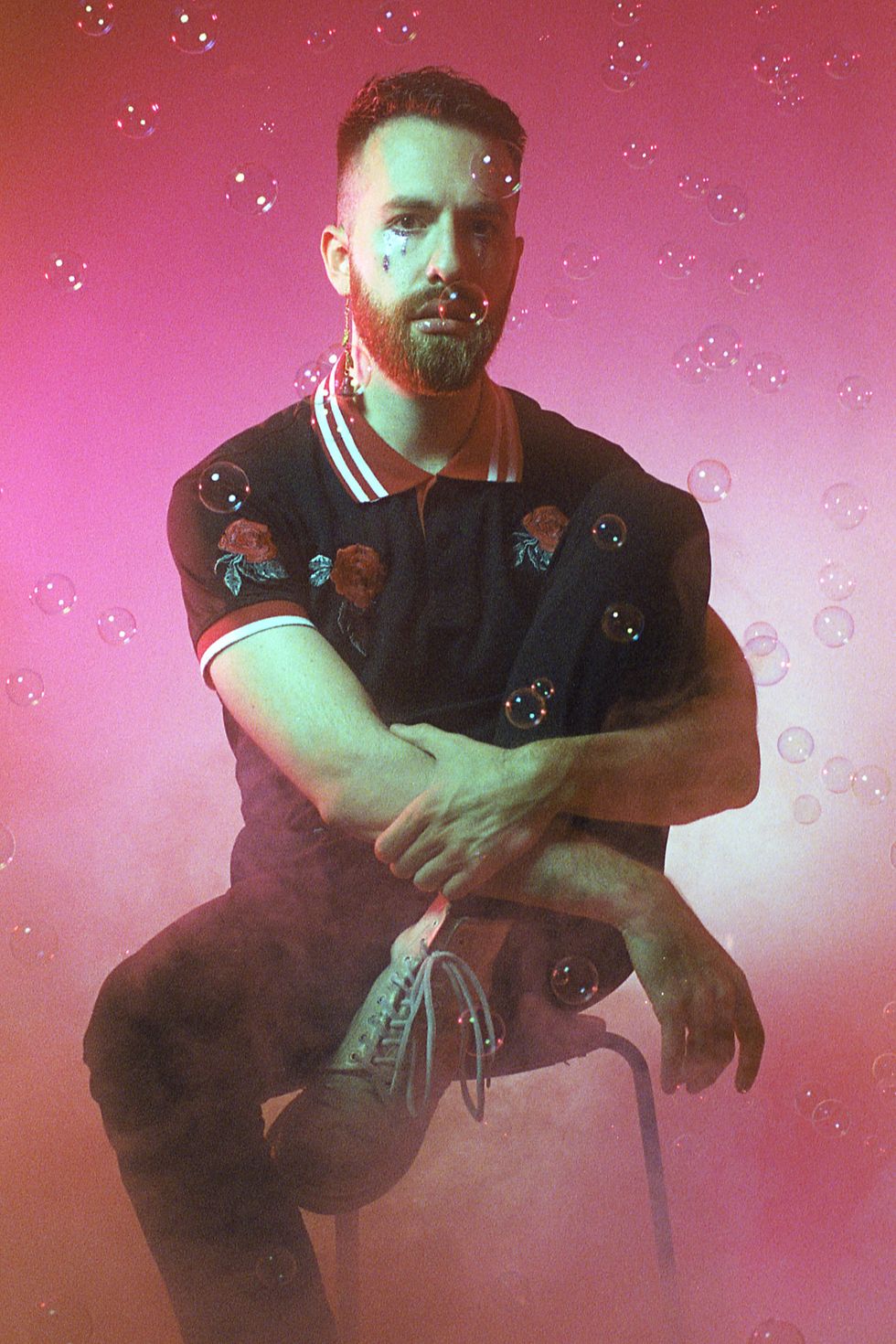 Too often, mainstream culture teaches conformity. We strive to fit into legible roles and we're rewarded for re-creating them. But the truth is we each do things so differently: there are so many valid ways to love, move, make money, have sex, learn, communicate, pray. And that's dope. Every body is so beautiful and uniquely worthy of celebration. Queer artists are revolutionizing the music industry by building a culture that encourages the celebration of these differences. 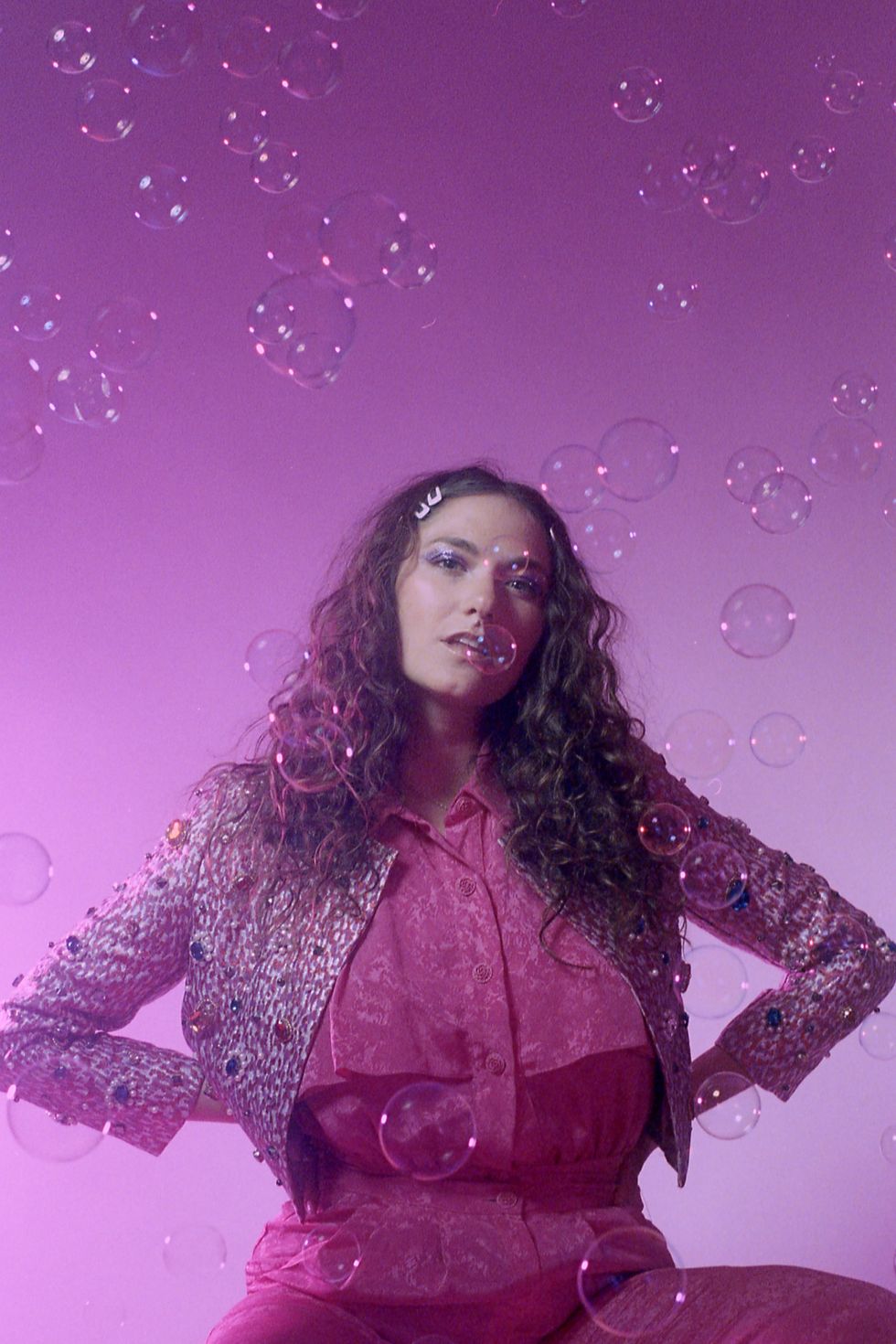 As a woman in the music industry and a strong ally to the LGBTQ+ community, I feel that works cultivated by queer artists honor this freedom of expression. Queer artists create a space that holds no boundaries and is filled with intrigue of the "other." As a reflection of this power, my music and lyrics align with this idea to be the most unapologetic, baddest version of yourself all the time.