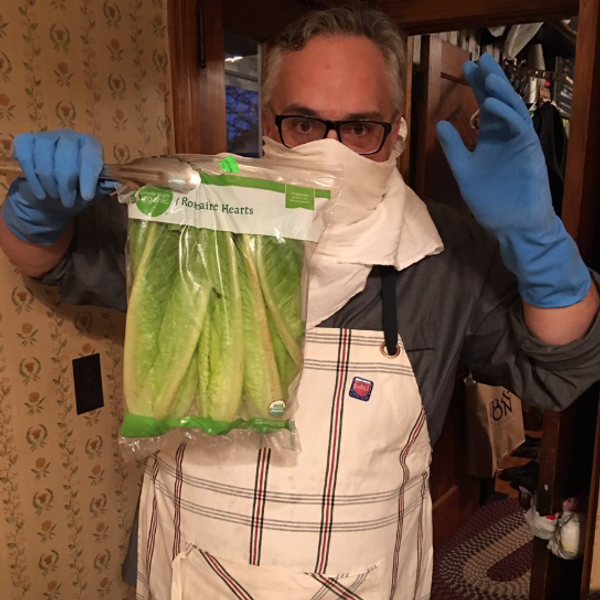 The FDA Found the Root of Romaine Lettuce Evil

Last week, the Centers for Disease Control and Prevention warned Americans to avoid all romaine lettuce, in light of E. coli-tainted romaine lettuce making more than 40 people across 12 states sick. Which is dire, so of course the Internet had a field day.

The CDC now says, not all romaine should be avoided, since the Food and Drug Administration has just linked the outbreak to parts of California.

"Our investigation at this point suggests that romaine lettuce associated with the outbreak comes from areas of California that grow romaine lettuce over the summer months, and that the outbreak appears to be related to 'end of season' romaine lettuce harvested from these areas," said FDA commissioner Dr. Scott Gottlieb in a statement. "The involved areas include the Central Coast growing regions of central and northern California."

So apparently this means that romaine lettuce from Mexico, Florida, and Arizona are safe to eat, but the FDA has ordered that lettuce from these places should "now be labeled with a harvest location and a harvest date." And those bundles of lettuce that come without label of origin or harvest date should not be eaten.

This is the second time this year that romaine lettuce has been declared unsafe to eat, and the 21st overall food safety warning issued. CNN reports that 2018 has seen the CDC conducting more investigations into potentially harmful food than in the last 10 years. In that report, the aforementioned Dr. Gottlieb insists that isn't due to the presence of more unsafe food, but merely that the CDC is equipped with "better technology than ever before to link outbreaks of human illness to a common pathogen."

So, here's to catching the next food-borne illness outbreak sooner rather than later? Lettuce pray.