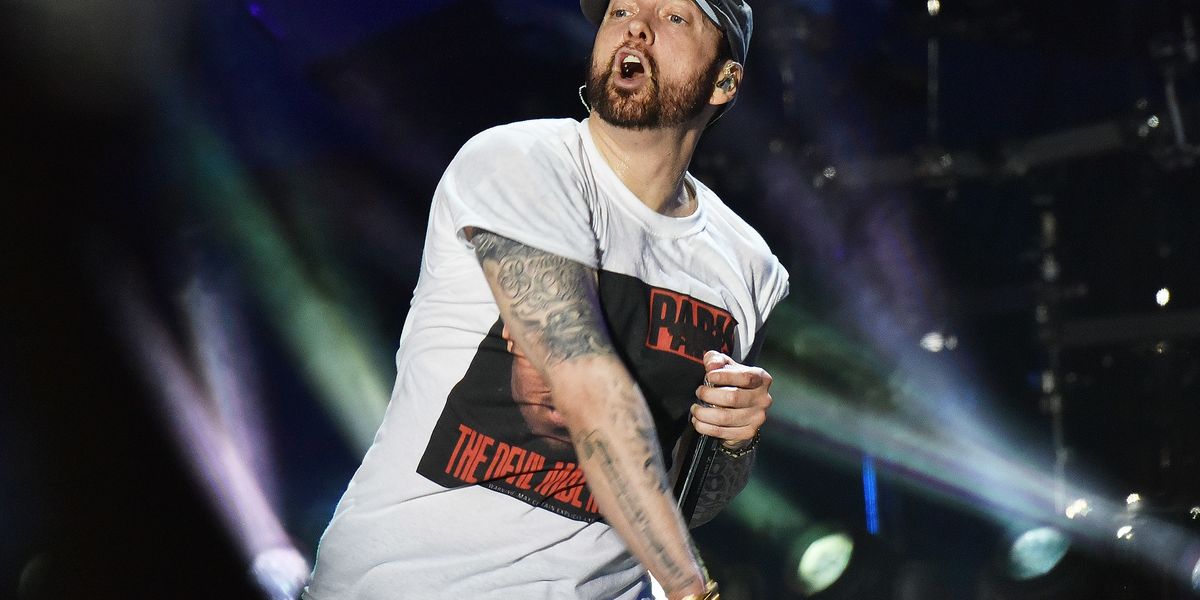 During his headlining performance at the Bonnaroo Music and Arts Festival, Eminem frightened members of his audience in Manchester, Tennessee when he used realistic gunshot sound effects.

Billboard reports that "fans screamed and ducked as a series of loud blasts rang through the crowd during Eminem's performance of 'Kill You,' from his 2000 album, The Marshall Mathers LP." Many are deeming this artistic move highly insensitive not only because of the recent gun violence killings in the country, but particularly because of last year's deadly mass shooting at the Route 91 country music festival in Las Vegas.

coming from a performing stand point, i get the effect of sound effects on stage, but there's a certain point that cross's the line. i'm one of eminem's number 1 fans but to hear 3 gun shots coming straight from his set had me scared af. not gonna lie. especially in this world...
— M (@macykatemusic) June 10, 2018

Eminem has yet to issue a public statement since his performance and respond to his critics.