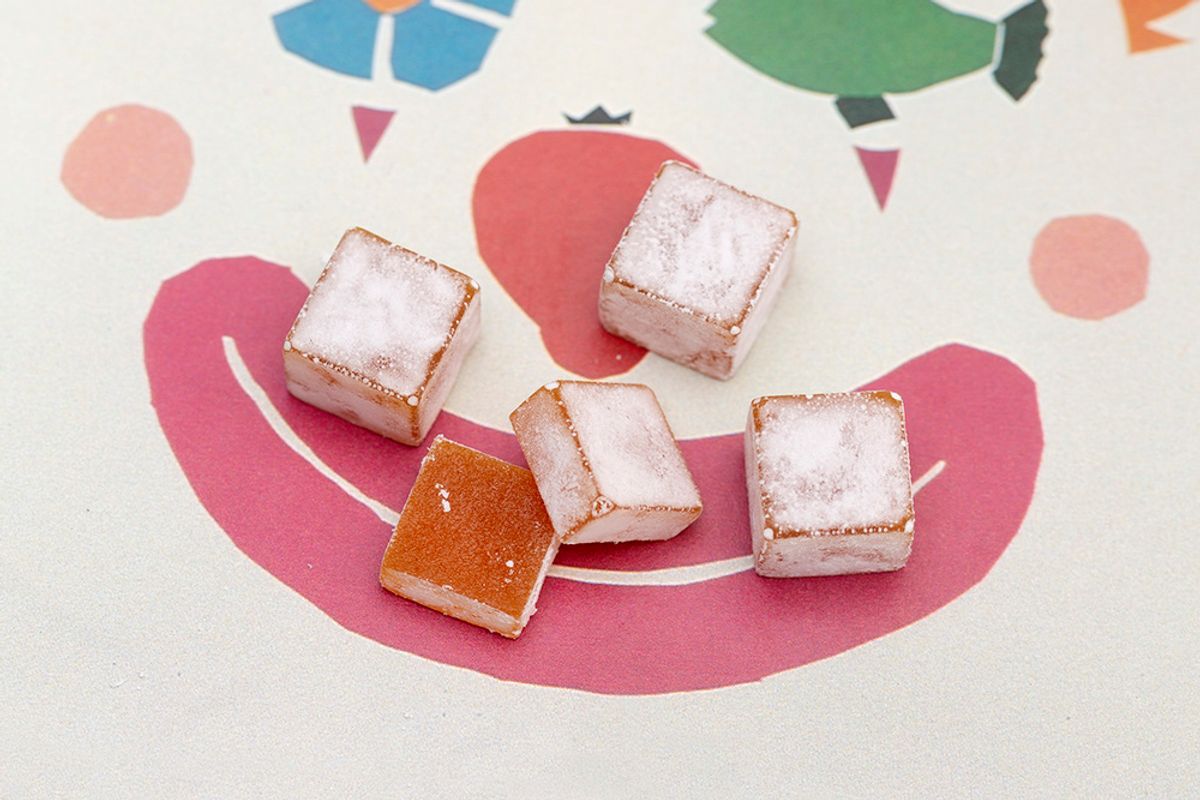 Everything Is Stressful, but These Five Edibles Can Help

Save your lungs, skip the vape; clearly the pandemic is here to stay. No amount of vodka will be enough to drown out the jabber of pundits-in-training on Twitter anyway. And since there isn't any reason, according to the Pew Research Center, to expect a clear election result until mid-December, chances are any mellow achieved through Headspace or benzodiazepines could be stretched pretty thin. Here's the nice thing about these five edibles (in states where recreational cannabis has been legalized); we've weeded through every gummy, drop and chocolate imaginable. Nixed the acrid-tasting duds. Narrowed the crop down to the ur-confection of its kind, ultimately landing on those that most distinctly and consistently elicit their medicinally engineered effects, with an emphasis on panic-reduction.

Aptly timed to drop on election day, this live resin gummy is strain-specific, seriously potent and exudes the euphoric properties of its namesake indica-sativa hybrid, a legendary West Coast strain renowned for its blissfulness, minus any major sedative lag. Delicately extracted from flash-frozen cannabis, the live resin retains the strain's subtle floral notes in an otherwise berry-centric chew worthy of even the most discerning, Violet Beuregarde-style sweet-tooth.

Patented to provide the fastest-acting cannabis formula on the planet, this plant-based popper is meant to be swallowed (not chewed). Flavorless, it seemed way less enticing than the other confectionary contenders on this list until it kicked in noticeably more swiftly than its sugarier counterparts. 1906's Chill is like the pandemic equivalent of the cocktail you used to slug back straight after work. COVID dread melts away, just like that. Infusions of traditional Chinese medicinal herbs (Magnolia and Green Tea) supposedly lend extra-relaxing qualities to the blend, but given the instantaneity of its induced stupor, we say give credit where it's due: to the pharma-grade weed.

What if Wes Anderson made an edible? (He didn't, but it would look exactly like this.) What if a Venice Beach pastry phenom wanted to infuse an edible with wafts of the lemon verbena bush growing in her garden? (She did. Her name is Chef Nicole Rucker, of Gjelina fame.) What if it felt like civilization was collapsing so the only sensible way to salvage peace of mind was to nibble on a sustainably sourced, sativa-forward form of flower? It does — let Rose LA's Rosin Infused Delights put you at ease.

Sometimes a simple CBD will do (or so we're told). Handmade in small batches, these jewel-like gumdrops are non-psychoactive yet the extra-strength version (50 mg) manages to deliver a noticeably calming impact (unlike the kajillion other overpromising CBD edibles flooding the market). If 1906 is our new nightly cocktail, Molly Jones is our new morning vitamin.

As the dust of the weedboom/ green rush settles, Kiva has emerged as the Coca Cola of edibles. Its evolution from artisanal chocolate bars to a fine-tuned series of THC sweets (including the Lost Farm resin gummies, noted above) reflects a level of quality not necessarily synonymous with weed treats. If we were stuck on a desert island, or, say, in the social-isolation hellscape of 2020, and had to choose a single edible to take with until the end of time — there'd be no question. For its failproof, mainstay vibe and Keto-esque combo of cacao and dried fruit, we' be hoarding like people did at the beginning of all this with toilet paper rolls and cans of cannelini beans, except make it Terra Bites Blueberry tins.