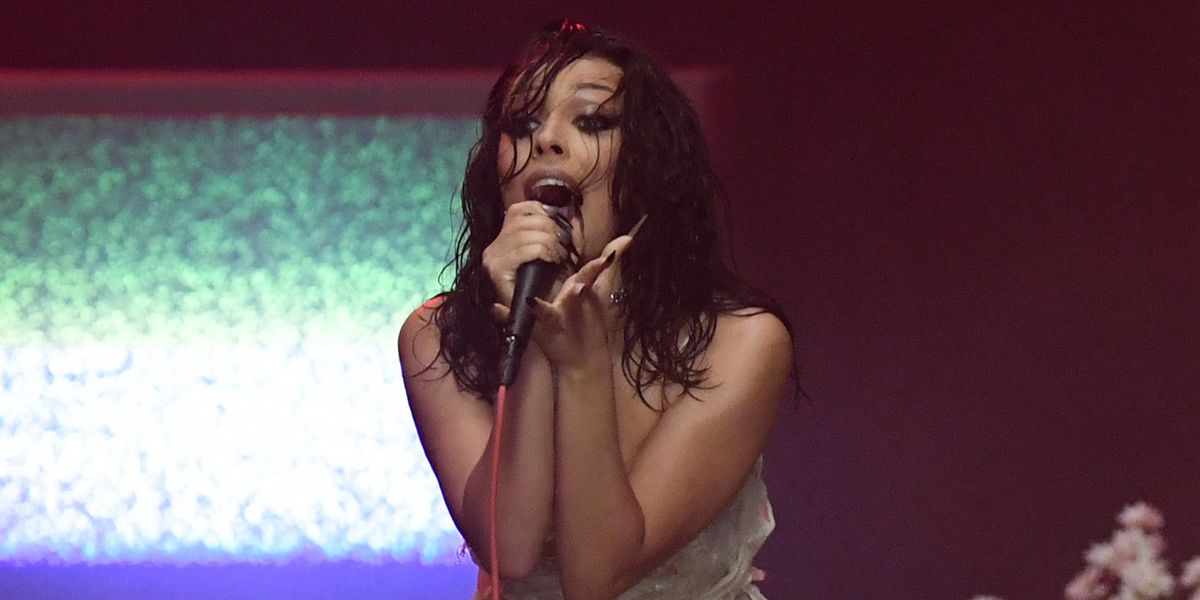 Watch The Grudge Perform 'Say So'

Doja Cat took on the 2020 MTV EMAs Sunday night, with a dark, new twist on her seemingly unstoppable hit "Say So." The event was remote due to COVID, but still featured performers like Little Mix, Zara Larsson, Yungblud and David Guetta.

Doja's usual disco smash "Say So" was rebranded into a metal rager, early 2000s-style. Emerging from a static TV as the grudge, she leaned into the rock remix with jet black hair and nails, flailing her limbs amidst distorted guitar riffs, intense drums and a live band dressed in creepy costumes.

Hinting at being bored of her big hit, Doja tweeted after the ceremony: "im tired of 'say so' too yall."

Though she may be exhausted by the track, which has had many rebirths since its 2019 release, she did win the Best New category at the EMAs, alongside winners like BTS, Lady Gaga, DJ Khaled, Hayley Williams, Karol G and Cardi B.