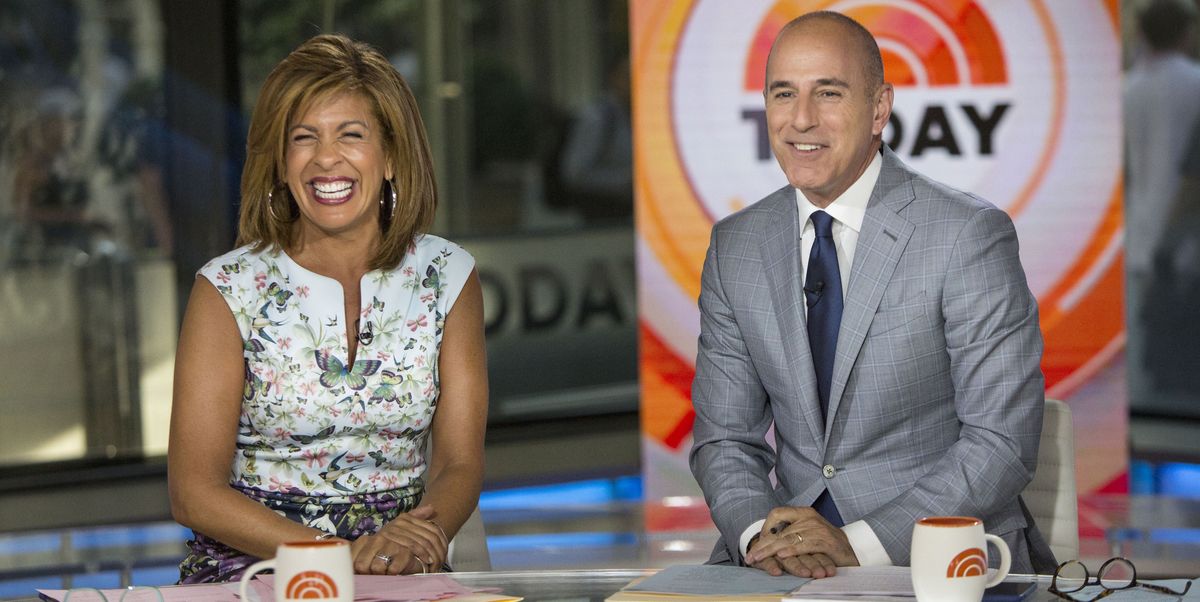 Why Discussing Pay with Your Coworkers Can Lessen the Wage Gap

The wage gap is a long-persisting issue that rears its ugly head every so often in headlines, and every day in the lives of the men and mostly women who are affected by it.

Just today, for instance, it was announced while Hoda Kotb will replace Matt Lauer as the host of NBC's prized Today show, making it the first all-female lineup in the franchise's history. She will also be making $18 million less than her disgraced predecessor.

E! News anchor Catt Sadler made headlines at the end of the year when she quit her post after discovering she made significantly less than her male counterpart (E! denied the claim, saying in a statement, "E! compensates employees fairly and appropriately based on their roles, regardless of gender.") And Iceland's historic move to officially enforce gender parity laws only highlight how far the U.S. has to go in closing its own persisting gap.

One solution activists offer as a way to circumvent bad laws and increase equality on our own is to share our wages with our coworkers.

A series of tweets by Mary H.K. Choi suggesting as much went viral at the end of the year, prompting a discussion on Twitter about the benefits of wage transparency (especially from those in positions of power) and acknowledgements of the difficult time we have talking about money:

Dudes: If you consider yourself a feminist and an ally and if your heart goes out to all the women who have been abused in the workplace but don't know what to do, be a pal and tell three women you work closely with how much you make.
— Mary H.K. Choi (@choitotheworld) December 24, 2017

because that's the thing right? it's not like we DON'T KNOW. it's that we KNOW we're getting fucked but not always by how much. THAT is crazy-making. Tell a friend.
— Mary H.K. Choi (@choitotheworld) December 24, 2017

Also lol I thought it went without saying but if this does not apply to you then sit this one out. It's okay. Sometimes the nice lady isn't talking to you even when you are the boy. Unsettling perhaps but maybe you should “smile" more. ✨✨✨✨
— Mary H.K. Choi (@choitotheworld) December 26, 2017

also: if you DO plan on asking for a raise. be prepared to PROVE your value. charts and lists and figures help. know what your job is and how it fits into the institution. mentioning your fixed costs/month do not help. comparative salaries as evidence of your value does not help.
— Mary H.K. Choi (@choitotheworld) December 26, 2017

Also ALSO: if this is coming up for you and you're considering the very real ramifications of race in the fucked up power dynamics that keep MOST of us down then hi: WYPIPO, be a pal, tell three of your closest non white colleagues how much you make THANK YOU AND BLESSINGS.
— Mary H.K. Choi (@choitotheworld) December 24, 2017

just like talking about numbers and acknowledging each other's value at the end of a tough year feels good. It feels therapeutic and hug-like without contact which may be my favorite feeling☺️Thank you male friends for sharing. I am looking forward to more talks and more do's.
— Mary H.K. Choi (@choitotheworld) December 24, 2017

Surprisingly, though it may be uncomfortable, comparing salaries with your coworkers is not actually prohibited, as many people think it is. The National Labor Relations Act from 1935 was put into place so that private-sector employees would have the right to discuss concerns with each other, including their wages, without fear of punishment.

This act primarily put in place to give workers more power in collective bargaining, but is still the law of the land today. When companies put pay secrecy prohibitions in place, those restrictions are often illegal, according to the National Labor Relations Board.

Obama tried to take the idea of pay transparency a step further, signing an executive order in March of 2016 that would explicitly prohibit federal contractors from punishing employees who discuss their salaries with each other.

"Pay secrecy fosters discrimination and we should not tolerate it," Obama said at the time, "not in federal contracting or anywhere else." Research backs Barry up; research shows that pay transparency can help shrink gaps in wages that are due to discrimination.

(Under Obama, the Equal Employment Opportunity Commission developed a regulation that would require businesses with 100 people or more to report the salaries of their employees, but this rule was quickly reversed under Trump.)

I guess the thing I am trying to impress is that the power structure ultimately keeps everyone but the one percent down. Gender is a hustle. It's designed to keep middling men busy while keeping them checked. You owe it to yourself to destroy institutions that benefit the despots
— Mary H.K. Choi (@choitotheworld) December 26, 2017