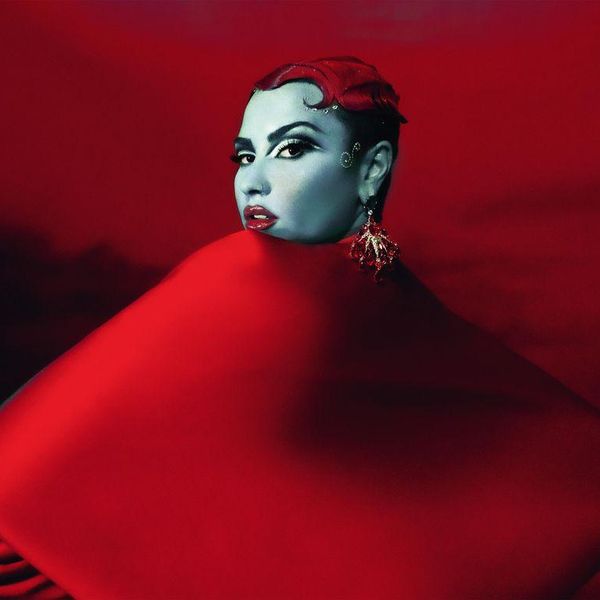 Deadline reports that Peacock has ordered a four-part series following the pop star as she investigates UFO sightings alongside skeptical best friend Matthew and sister Dallas. And according to the NBC streaming service, the goal of Unidentified is to "help uncover the truth about the UFO phenomena," through secret government reports and experiments in at well-known UFO hot spots, as well as interviews with leading experts in the field and alien abductees.

Unidentified comes on the heels of recently leaked footage showing what appears to be a blinking UFO flying through the air. Last year, the Pentagon also created an Unidentified Aerial Phenomena Task Force (UAPTF) to "detect, analyze and catalog UAPs that could potentially pose a threat to US national security" (all thanks to former Blink-182 frontman Tom DeLonge, of course).

Not only that, but Lovato — who's also executive producing the show — has been open about being a "true believer" when it comes to extraterrestrial beings. Back in October, the "Dancing With the Devil" singer claimed that she'd been contacted by aliens during a trip to Joshua Tree with Dr. Steven Greer, who is purportedly "the world's foremost authorities on the subject of UFOs, ET intelligence and initiating peaceful contact with ET civilization."

"Over the past couple months I have dug deep into the science of consciousness and experienced not only peace and serenity like I've never known but I also have witnessed the most incredibly profound sightings both in the sky as well as feet away from me," Lovato wrote in an Instagram post at the time.

"This planet is on a very negative path towards destruction but WE can change that together," she went on to add. "If we were to get 1% of the population to meditate and make contact, we would force our governments to acknowledge the truth about extraterrestrial life among us and change our destructive habits destroying our planet."

No word on when the show will air, but in the meantime, see Lovato's post about Unidentified, below.

SURPRISEEEEE!!! I’m hitting the road for an out-of-this-world adventure for my new show Unidentified & I’m taking you guys along for the ride ✨💕🛸 Coming soon to @peacockTV!! I can’t wait to share more 🥰😝 pic.twitter.com/al06B7ASa1