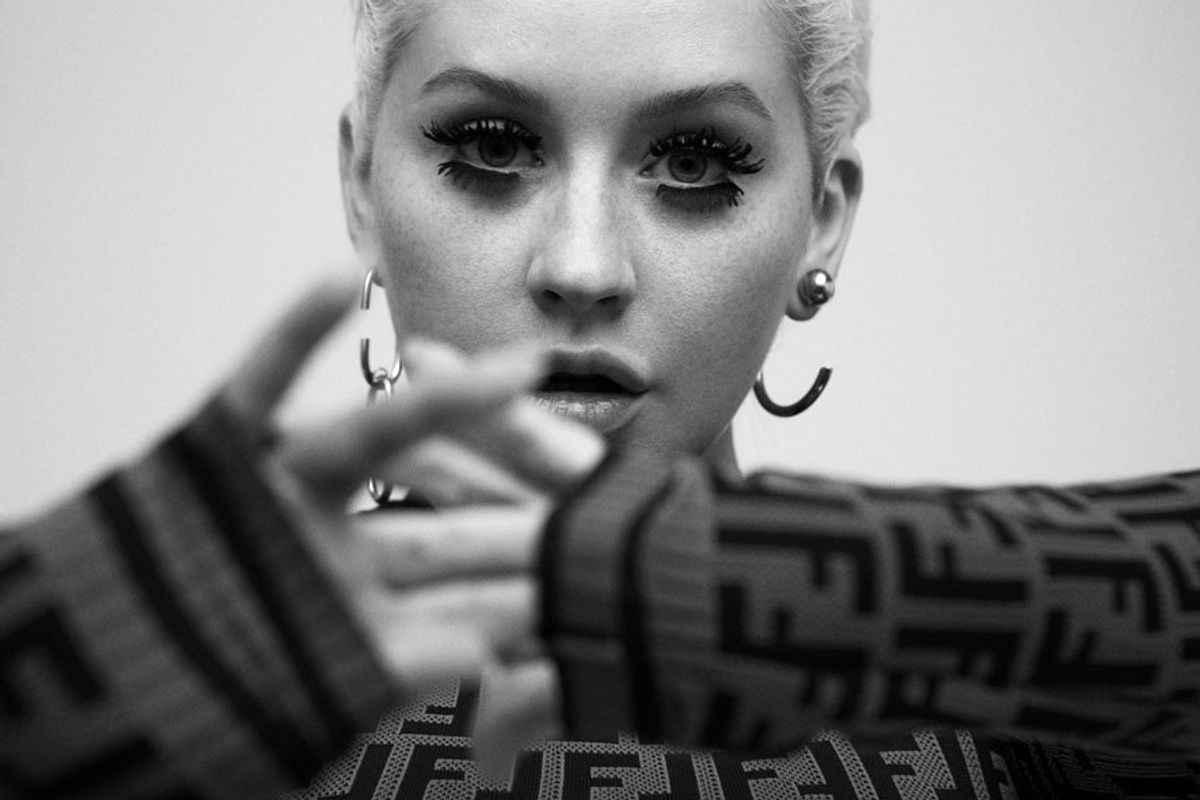 Christina Aguilera's upcoming eighth album, Liberation is out June 15. We've already heard the Kanye West-produced modulations of "Accelerate," featuring the vocal stylings of 2 Chainz and Ty Dolla $ign, and a decidedly more laid back Xtina. "Twice," the second promo single from the release sure to help cure cancer, was another exercise in a type of restraint: a piano ballad about not regretting the past filled with lush minor-chord harmonies that found Xtina saving her best wails for the tune's last 45 seconds.

In should go without saying that when we saw the tracklisting and found out our beloved spring covergirl and Fierce Lioness of Gale-Force Power, Demi Lovato would be having a full-out church revival on a song together, our hearts starting racing at the mere prospect of what on earth that could even sound like.

Now we know. "Fall In Line" finds our two leads coming in hot over a slow-burning, soulful beat — and we'd have it no other way. Xtina sings a verse reminding young women of their invaluable worth: "You deserve to know you're not beholden/ You do not owe them your body and your soul." Then, the chorus happens — whoa! These women are not made to fall in line! Damn right. Then Demi's verse — again, whoa. Then a distorted male voice for the bridge saying, "Who told you you're allowed to think?" Then, the ladies drown him out.

Because honestly, if you're a male and you dare to talk over powerhouses like Xtina and Demi, you'll wither under their power. Smash the patriarchy!

Listen to Christina Aguilera's latest, below.