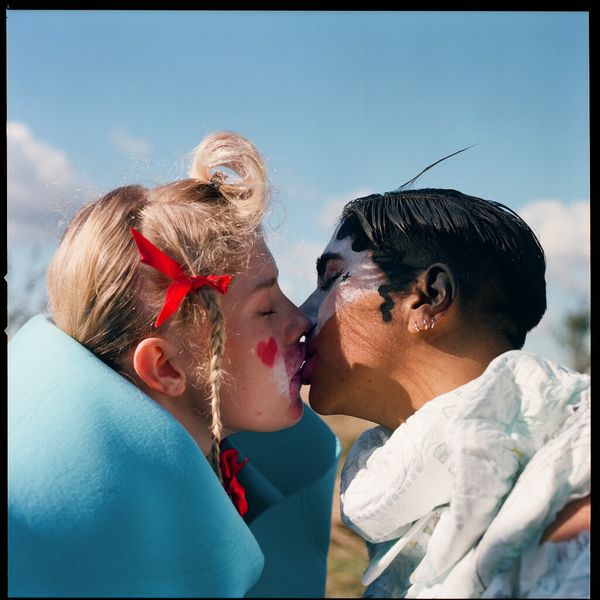 Since launching his eponymous label just a few years ago, Charles Jeffrey Loverboy's meteoric rise has taken the fashion world by storm. It seems like only yesterday that the designer first founded his brand, which instantly received accolades like an LVMH Prize nomination and the British Fashion Award for British Emerging Menswear Designer of the Year.

The self-described club kid's roots trace back to Scotland, where he grew up gay and whose experience there informs much of his work today — pain, escapism and acceptance are just some of the themes explored season after season. However, much of his success can be credited to the skills he cultivated at Central Saint Martins, the prestigious London fashion school where he received his BA.

It's also the school where five of its students recently came together and collaborated with Jeffrey, who mentored them on a new art project captured in a series of photographs centered around the theme of performance and the identity of Loverboy, while using existing material produced by the designer.

"Charles guided us with his expertise in making ideas come to life," said Victoria Ruiz, one of the five artists. "He showed how one can incorporate performance into every aspect of life and touch upon the senses to make the audience feel as if they have been transported into an alternate universe."

The photo series depicts characters in various surroundings while capturing the personality and essence of Loverboy, while challenging the spectrum of love and sexuality, according to Ruiz. "We joined forces and came together to experience the heart of Loverboy and its sense of unity," she added.

Ruiz was joined by Talia Beale, Elif Gonen, Leonie Schluter, and Rachel Fleminger Hudson, each of whom had their own part to play in styling, photography, casting, and hair/makeup.

See the gallery, below, for the complete image series.