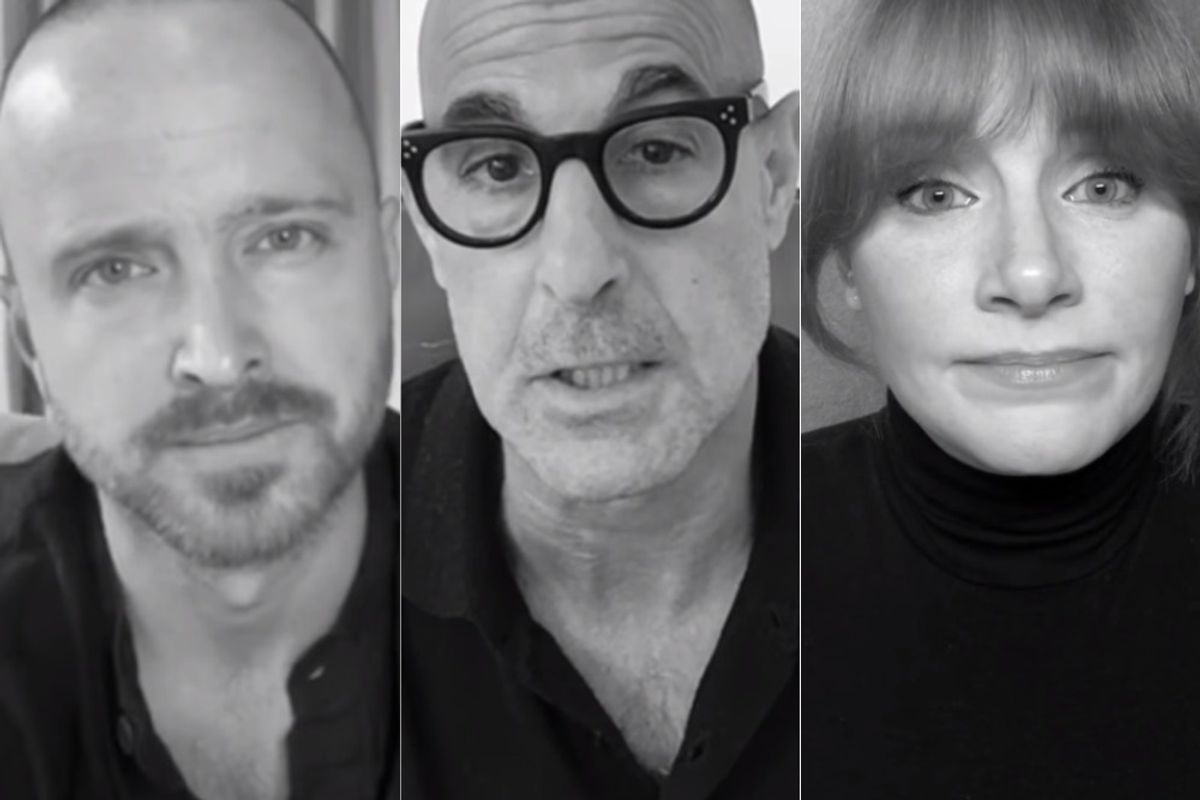 Not This Celebrity Racial Justice PSA

The celebrity-industrial complex is burning. After the pandemic illuminated how unfathomably ignorant celebrities are about their fans' lives, people are simply no longer interested in the rich and famous' thoughts, prayers or high notes. Now in the midst of an uprising for racial justice, it's clear that celebrities' only acceptable role is to shut their mouths, open their wallets and not clog up our timelines with performative nonsense.

And yet, here we stand, watching some of the most beloved whites in Hollywood, like Sarah Paulson, Stanley Tucci, Aaron Paul, Kesha, Jessica Chastain, Mark Duplass, Kristen Bell, Julianne Moore and Ilana Glazer pledge to "take responsibility" for racism in a black and white video set to a heartstring-plucking movie score.

The group of white stars came together to "stand up for our black friends and family" and "rally the white community" with a hastily crafted website called ITakeResponsibility.org. On the website, you can find choice Toni Morrison, Rihanna and Martin Luther King Jr. quotes, as well as a form to "take the pledge." In an @itakeresponsibility Instagram post, they explain their mission: "Essentially, what @badgalriri said a few months ago: "when we're marching and protesting and posting...tell your (white) friends to pull up!" Well this is US pulling up. We're asking all our white friends and family to pull up too!"

Bless their hearts, but the time for website pledge campaigns and platitudes has simply passed. The current movement for Black liberation, which has taken the streets of nearly 600 cities, is rejecting co-optation, virtue-signaling, or performativity without material contribution, point blank. Instead, the movement is demanding professed allies use their resources and influence in the spaces they hold it.

The internet is divided on whether the video is simply embarrassing, or flat out offensive.

i'm sorry but i will never get over famous people finding the poorest looking corner of their beautiful homes when they do zoom things
— Sarah Hagi (@Sarah Hagi)1589325062.0

They're also offering suggestions of how these celebs can actually take responsibility.

Celebrities: There is literally one way you can help. Give your millions away to those less privileged. Anything else, shut the fuck up.
— Luis J. Gomez (@Luis J. Gomez)1591899660.0

does mark duplass know he could just finally make a tv show with black people in it and that would do more than the… https://t.co/R6bmEulVdA
— ashley ray (@ashley ray)1591889884.0

Look, we get it. It feels like a double bind. Stay silent and you'll be called complicit. Participate in a glossy PSA video and you'll be called performative. Yet, there's a whole world of meaningful, non-self-serving ways celebrities can support the current movement. Some are handing over their Instagrams to organizers so they can radicalize their fanbases. Some are putting their support behind the concrete demands of the movement. Some are showing up to the protests and forgoing the photoshoot. Others are simply opening their wallets and logging off.