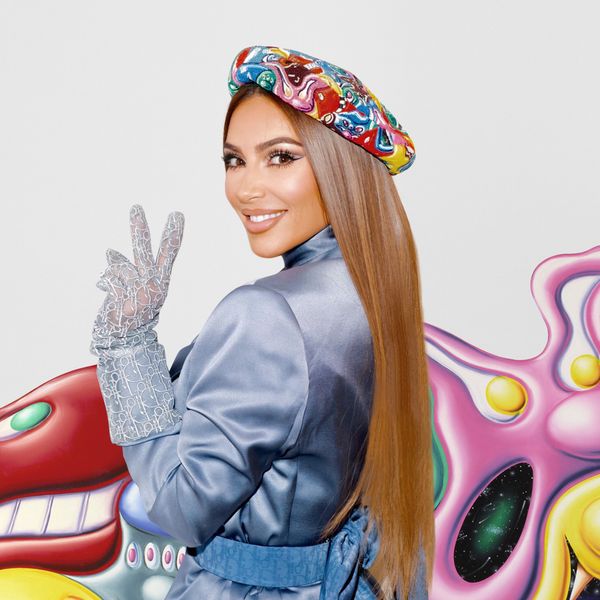 A few weeks ago, Matthew M. Williams set Instagam ablaze after dressing virtually every celebrity under the sun in his debut Givenchy collection just shortly after it debuted online. That same energy unfolded today during Dior Men's Fall 2021 reveal (a collaboration with artist Kenny Scharf), where models walked in front of an intergalactic space backdrop with no audience.

Instead, the brand had stars like Kim Kardashian West, Lily Allen, J Balvin, Kate Moss and Robert Pattinson wearing pieces from the aforementioned collection and post their looks all over social media in a virtual front row of sorts. (VIPs usually wear looks from the designer's previous season to the day of a fashion show, but this being 2020, all rules are out the window.)

Stars like Moss and Pattinson came as no surprise (the former is a longtime friend of Dior Men's artistic director Kim Jones and the latter is a face of the brand), but some unexpected names like Gwendoline Christie, slowthai and Christina Ricci also made the cut. Hit the gallery below to see more celebs in Dior's Fall 2021 collection.