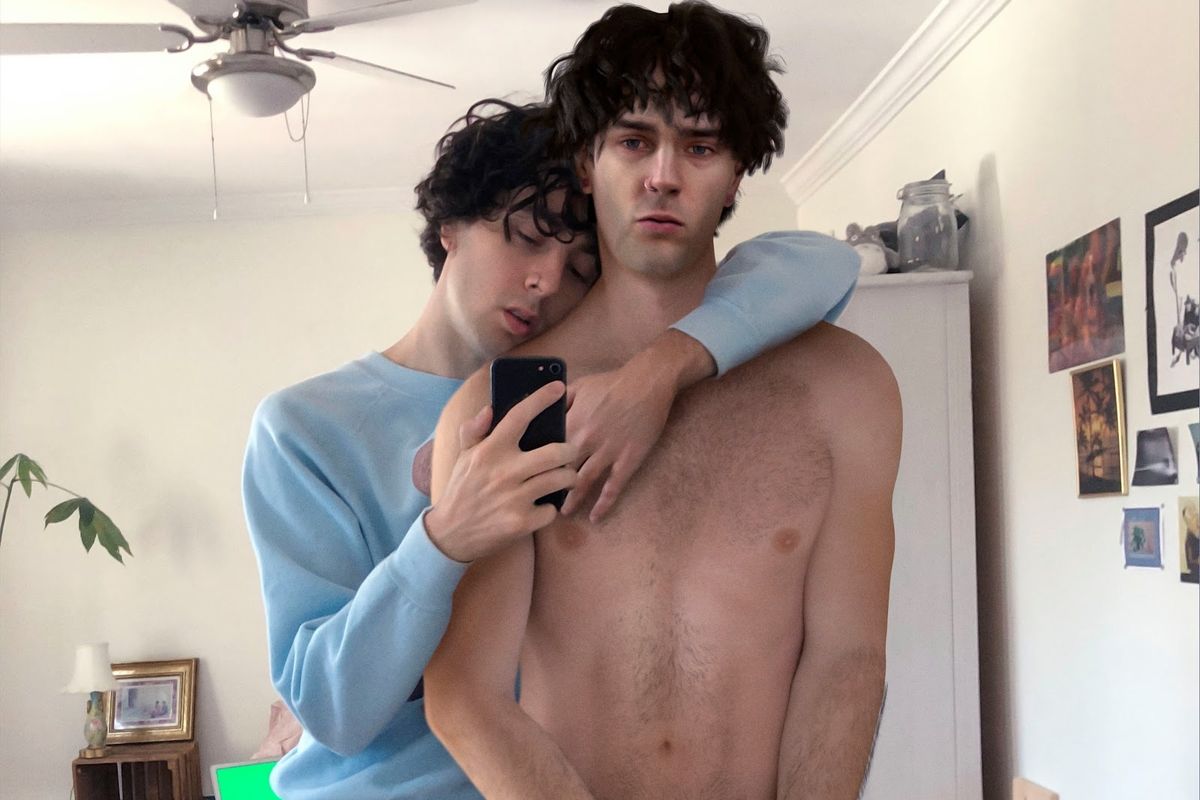 Club Quarantine's Casey MQ has released a new music video with some early aughts nostalgia. It's for "Candyboy," a cheery song from the Toronto-based artist's debut studio album, babycasey.

In the visual, Casey MQ, in a room that contains pictures of nearly every 2000s boy band you could possibly think of, hops into a chatroom and somehow ends up inside his computer, gazing directly at the people from within the machine.

At the end of the video, he's no longer at his computer chair, hinting at the fact that he's now one with the machine. "The video taps into a state of longing while existing in your secluded fantasy," Casey MQ says of the oklou-directed project.

The track itself, according to Casey MQ, "explores celebrity fandom, narcissistic desire and childhood dreams."

He continues, "With 'Candyboy,' I wanted to hold space for a love that you can feel warm and safe in, one that reflects the sense of security a child needs while they face the world that they are discovering. To hold, and to be held, that's how I see the song."

Casey MQ released babycasey in August. The LP, according to its bio on Bandcamp, "examines pop archetypes while reveling in the pure catharsis of the medium."

In a conversation with PAPER , Casey MQ explained that his fascination with boy bands informs much of the work he now makes today.

"Watching old tapes of myself over the past year, I realize much of my childhood world was a multi-faceted obsession with boy bands," he said. "These images pervaded my childhood and plagued me with confused desire. I was enriched and enchanted by that world — I wanted every piece of it, I wanted to be a part of it."