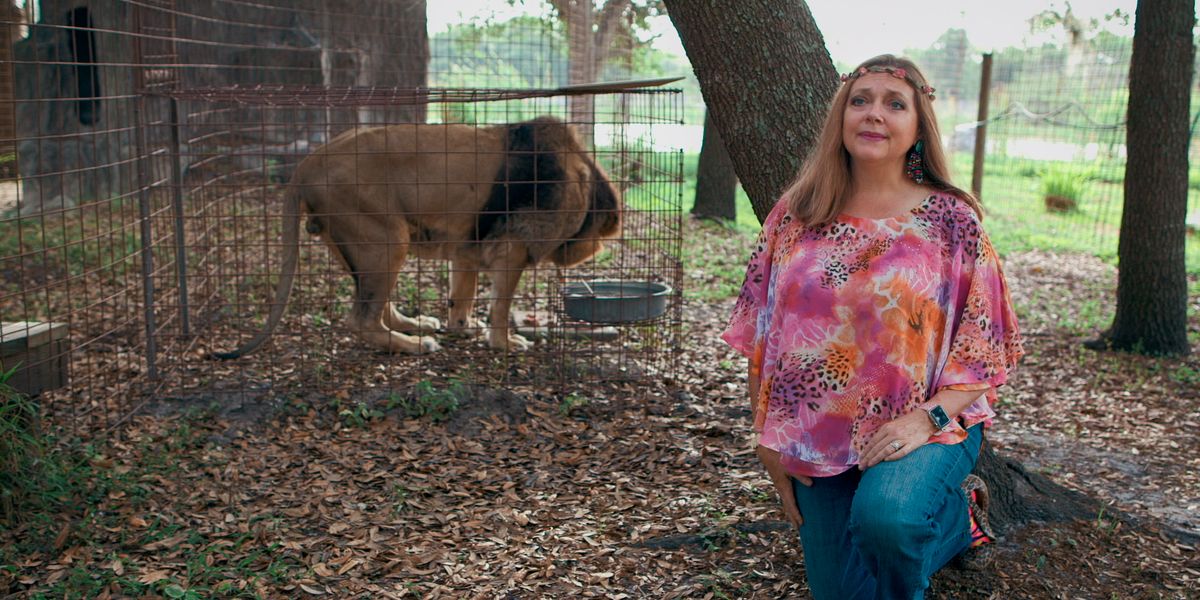 What If Carole Baskin Wins 'Dancing With the Stars'?

Out with the old, and in with the new. Kind of. As if 2020 wasn't strange enough already, Dancing With The Stars came out of the woods to bring us one of the most... interesting casts in the show's history (and it somehow tops the 2019 lineup featuring Sean Spicer). After saying goodbye to hosts Tom Bergeron and Erin Andrews earlier this year, the show is serving up a confusing lineup, led by new host Tyra Banks.

Who is at the helm of the DWTS ship this season, you ask? None other than Tiger King star Carole Baskin and Chrishell Stause of Selling Sunset, the reality stars-turned-dancers of our quarantine dreams. Kaitlyn Bristowe of Bachelor Nation fame and now Canadian wine entrepreneur is also on the list, though she was previously announced.

In other random casting choices that just make sense, Catfish's Nev Schulman and head coach Monica Aldama of Netflix's Cheer will also be waltzing into the ballroom. The power of reality television is the star of this year's show, with Jeannie Mai from The Real and Holey Moley taking the stage alongside the slew of other stars.

Of course, the celebs made their way to the internet to show their excitement about landing a gig on the show:

And the internet came through with some thoughts of their own regarding this season's casting choices:

nev schulman & carole baskin are both on dwts this season? calling it now, he will use google image reverse search… https://t.co/6PnTWHv7bQ
— hannah chambers (@hannah chambers)1599051344.0

i have never truly consumed dancing with the stars but you’re telling me that Chrishell from Selling Sunset, Nev fr… https://t.co/sUvnx2l70a
— kelsey weekman (@kelsey weekman)1599049710.0

In short, we're sure there will be no shortage of romantic stories, big cat talk and prime real estate this season. Could Bachelor Nation luck come Bristowe's way after Hannah Brown's Season 28 win? Or will Jackson make her way to the top as the youngest contestant of the season? (We hope this is the answer.)

The full cast list, including the professional dancers, can be found here.