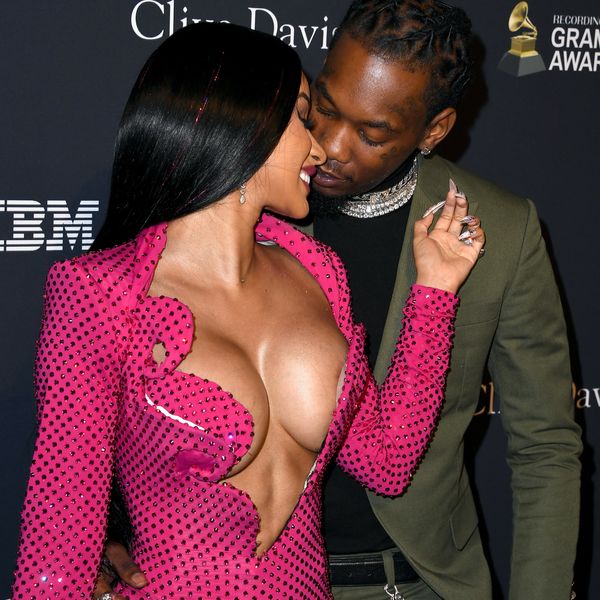 Cardi Missed Physical Touch, Like the Rest of Us

Recently, it was announced that Cardi B and Offset were no longer an item, and that the 28-year-old rapper wanted a divorce. But, just one month later, things seem to have changed — leaving fans confounded as to why she keeps going back to him.

Well, Bardi Gang, no need to speculate as Cardi went on record to explain why she can't get enough of her husband. And part of that reason is because of, well, a part of him.

In a newly recorded video obtained by TMZ, Cardi explained why she's back with Offset. She called herself a "crazy bitch" and denied that their on-and-off relationship was a ploy for attention because her sophomore album could potentially be on the horizon. She can be indecisive, and she says that she can be happy one day and then want to beat him up the next. But even in the midst of these drastically different feelings, she still misses him when he's gone and wants his company.

Aside from her emotional connection to him, there's also a very physical one that she can't go without. "It's really hard to have no dick," she said.

Offset, for the most part, seems extremely happy to be back in good graces with his wife. He bought her a brand new Rolls Royce for her 28th birthday, and recent footage of the two partying reveals that there seems to be no kind of rift between them.

For now, Cardi's September divorce papers will go unanswered. In that court filing, TMZ reported that there was "no prospects for a reconciliation" and that the rapper wanted custody of their daughter, Kulture.