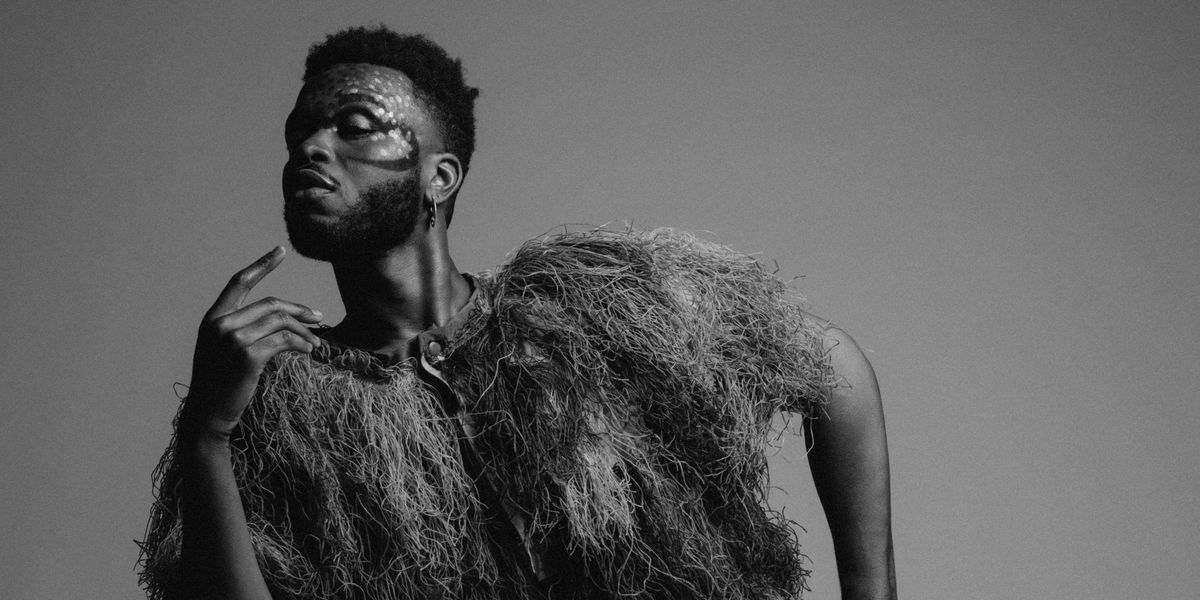 Rapper Cakes Da Killa brings to life the challenges of a struggling artist in Visibility Sucks, the semi-autobiographical short he's been teasing online throughout this past year. Finally premiering today, the film tells the story of rising star Shard (Cakes' real name is Rashard) who falls from fame during a global pandemic and is forced to enter an average nine-to-five lifestyle.

Needless to say, the transition is difficult. Directed by Miles Warren and Luca Silveira, Visibility Sucks sees Shard getting harassed by his co-workers in the break room ("Look at you all public figure, big time"), dealing with a confrontational beggar who calls him a "bum" and Zooming with a condescending manager (played by Tea Hacic-Vlahovic).

The entire short, which runs 12 minutes, brings viewers inside a 24-hour journey that shifts between reality and fantasy, using Cakes' MUVALAND Vol. 2 as its soundtrack. Through it all, Cakes finds resolution: "Sometimes the 'plan' isn't going go the way you want it to go," he tells PAPER. "That's fine because the bigger picture is that you are in fact the divine plan."

Below, PAPER talks to Cakes Da Killa about writing the script for Visibility Sucks, filming during COVID lockdowns in New York City and just how much of this storyline is based on personal experience.

What made you decide to use a short film as the medium to show where you're at artistically, right now?

I figured a short would be the best medium to showcase my writing style, acting and music all in one shot. I've also always wanted to produce a film, so when I received the VFILES LAB grant it was a no brainer. I've been known as a rapper for a while and I wanted to show off some other talents. I also wanted to produce a visual that had a strong narrative to promote my latest release, MUVALAND Vol. 2, which is out now via He.She.They.

What was the process like for writing this script?

The concept came easy to me because it's semi autobiographical. I also felt like the issues that come with dealing with a career setback during a pandemic would be extremely relatable. The process of writing a script for a film was something new to me, so my mentor, Wren Arthur, had to walk me through some edits. The directors were also helpful at giving me tips since I was mainly used to writing video treatments.

Who directed the film and how did they bring your script to life in a new way?

Miles Warren and Luca Silveira directed the film. As a duo, they guided me through the motions and helped bring on talent since films are something they do professionally. We also had a lot of help from VFILES, Team Bubbly and REEL WORKS to make this whole thing come to life.

What previous experiences did you pull from to execute this? Do you have a performing arts background?

In high school I acted a lot in plays. I also wrote a lot in high school, but all that took a backseat to my music career when I moved to New York after college. I mean, honestly, us homosexuals are always acting though aren't we? I was happy to finally be able to put pen to paper and execute something that had a full storyline — something much more deeper than just a music video for a single.

How much of the storyline is built off personal experiences and how much is fantasy?

It's semi auto biographical, so I would say 50/50. I added surreal elements to depict the result of interactions that could almost disorient people during highly stressful situations. I didn't want COVID to be a co-star necessarily, but I still wanted to show the reality of what many artists are dealing with. At the heart of it, I just wanted to tell a story that was relatable to my friends and peers.

What was the production process like filming this during COVID? How long did it take you?

Filming during COVID had some challenges, but overall it made capturing certain scenes a lot easier since pedestrians were off the streets. I didn't want to make New York seem more busy than what it was, so we kind of just used what we had to make it work. Visually, I wanted the scenes to look as honest as possible for the time. It took about five or six days, I think. The editing took way longer.

"Sometimes the 'plan' isn't going go the way you want it to go and that's fine because the bigger picture is that you are in fact the divine plan and you got this."

What's the significance of the title, Visibility Sucks?

The title is a reaction to the inflated value people attribute to social media and clout. To me, all that cultural currency turned to fools gold when we all met a global pandemic. I wanted to show the truth to what many independent artists actually deal with. Visibility is amazing, but it doesn't always get those invoices paid or magically change the world overnight. No, that takes work.

There's a voiceover that happens towards the beginning of the film. Who is that from and what is its significance?

The child is my niece. The importance of that was to take the character out of the past, when life was almost hedonistic to the blandest reality. Can you imagine the day your favorite watering hole can't open because of a virus?

There's a slightly humorous, almost self-deprecating tone throughout. Is this how you're feeling, right now?

If you laughed, I'm happy! When you're someone who has their head on straight and then life comes and knocks it clean off, humor is the only pill you can take to help deal with the bullshit. What's shown is not necessarily how I feel right now, but it was definitely how I felt when I wrote the script and when we filmed the short.

Why did you decide to end at the ocean? How does it connect to your final monologue about being divine?

I decided to end at the ocean because water has a history of being synonymous with transformation and cleansing. The protagonist Shard deserved that in the end. We all do. It connects to the final monologue about being divine because while in the water you have to watch your breathing and really center yourself, and that's when we are at the closest to divinity.

When you watch this film back, what do you think is the larger message?

The larger message is sometimes the "plan" isn't going go the way you want it to go and that's fine because the bigger picture is that you are in fact the divine plan and you got this.