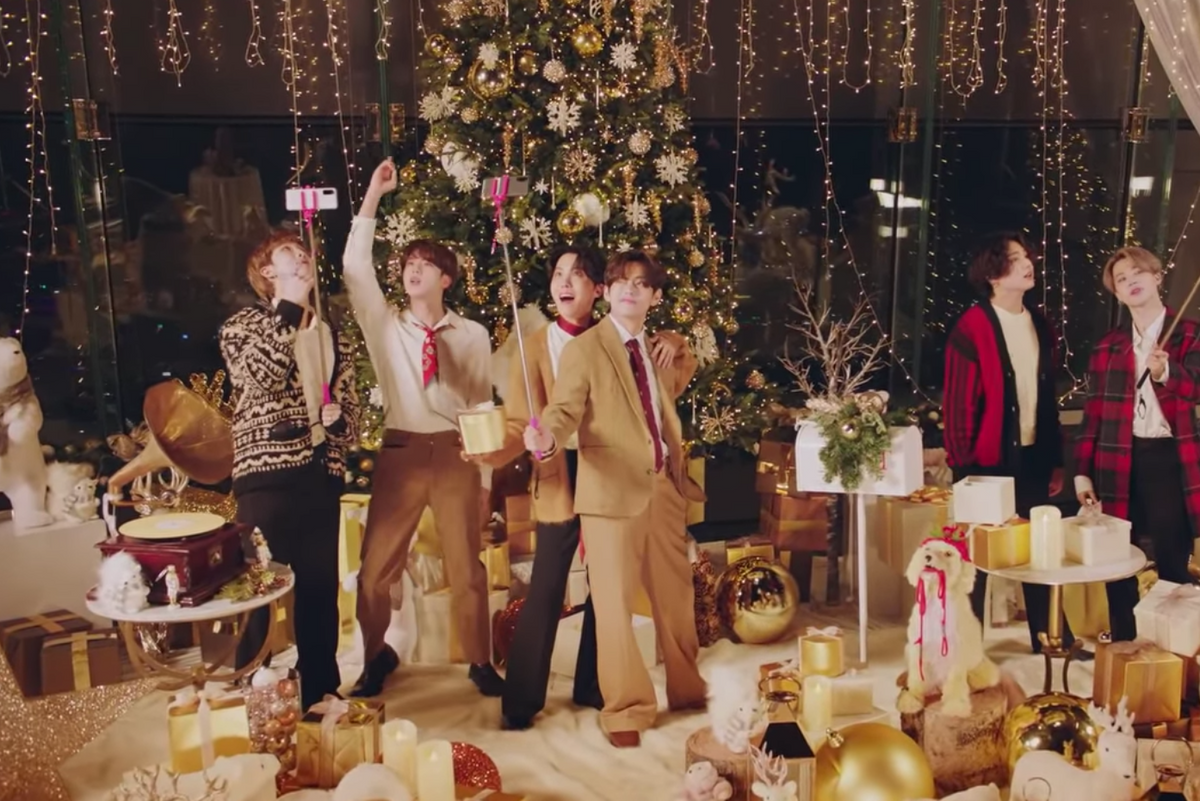 All we want for Christmas is BTS, and we kind of got our wish! The boys have released a holiday remix of their smash hit "Dynamite," complete with a super fun and festive video featuring lots of shenanigans and selfie sticks but unfortunately no Suga (get well soon, Yoongi!).

The cute and casual clip includes a huge Christmas tree and lots of presents, and it's sure to bring a smile to your face as the week ends and we dive fully into one of the most chaotic holiday seasons in recent memory.

Unlike most of us, BTS actually have a lot to celebrate at the end of 2020. So it's no wonder they're looking so chipper in the video. Their album BE broke chart records, becoming their fifth to top the Billboard 200, and tracks like "Dynamite" and "Life Goes On" have proven their total domination of the international music market.

This year ARMYs have been treated to some amazing awards show performances from the boys, alongside plenty of late night talk show appearances. They were even named TIME's entertainers of the year.

But BTS keep on giving! We love a disco Christmas. Watch the clip for "Dynamite (Holiday remix)" below.