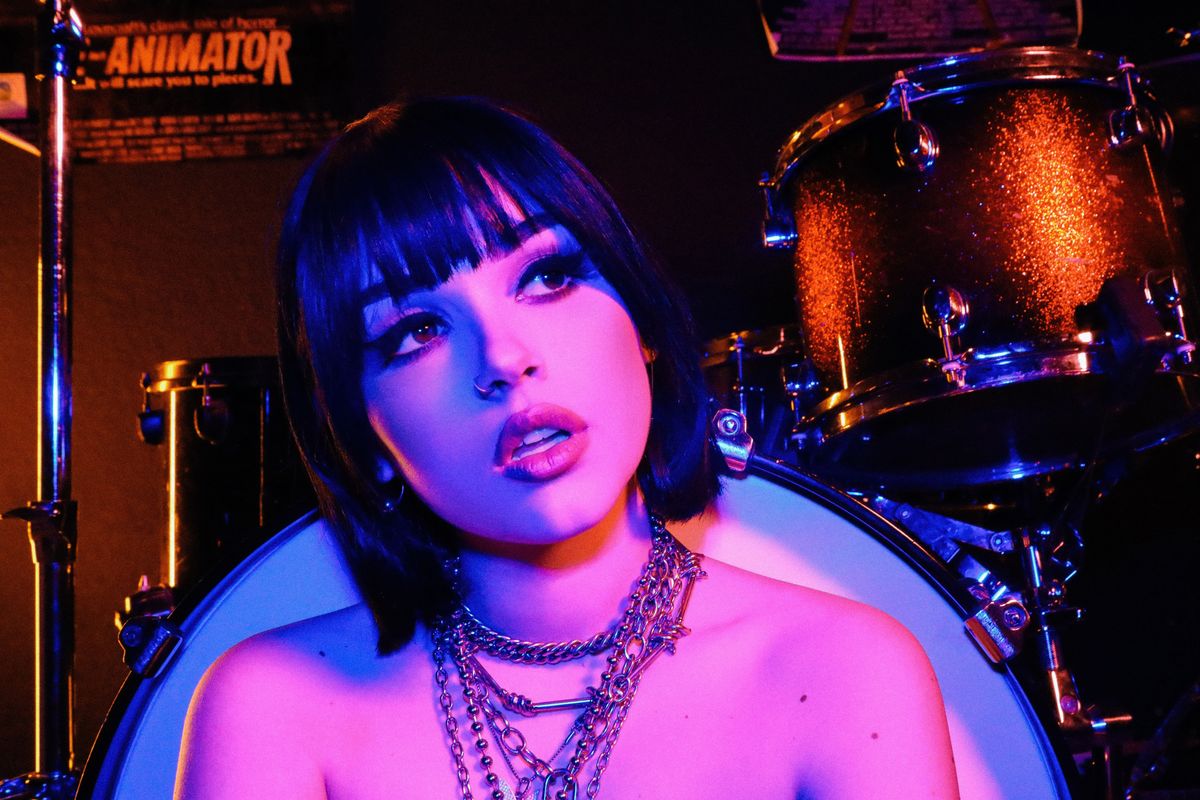 Singer-songwriter Maggie Lindemann's latest track "Friends Go" will have those nostalgic for Gwen Stefani's iconic reign as ska-punk princess reeling. Its approach is the one-two punch of pop's great deception. On the surface, there are Carribean-inflected rhythms and smooth vocal cadence calling the best parts of summer. That hooks you. But then, but a closer listen reveals that, as usual, Lindemann is telling it like it is. "Friends Go" is about the tough love we can only get from friends who don't want to see us blinded by negativity and self-destruction. Its message encourages listeners to forsake toxic co-dependency in favor of self-care. We stan a healthy queen with boundaries, and this message-driven bop, too.

Our new America's Sweetheart Lizzo dropped her latest Cuz I Love You cut this week, the Missy Elliott-assisted "Tempo." As its title suggests, it is sure to increase your heart rate. Take note of the song's speaker-rattling beats and Lizzo's empowering lyrics for everyone of every size and shape to let loose. Plus, like... anyone who can lure Missy to the studio for a collab this fire is most definitely a sorceress. Maybe it's all the self-love Lizzo practices and promotes, but one can't help but listen to "Tempo" and be totally seduced. You'll be finding your own beat involuntarily — and you'll like it.

Marina continues the winning streak that is her sleek LOVE + FEAR rebrand. The latest promotional single from the album, out at the end of April, is "Orange Trees," a totally effortless summery bop with personal roots grounding its breezy sensibility. The song is dedicated to the plentiful orange trees of Greece, where Marina's father is from, and where she spent time as a teen reconnecting to her heritage. The wistful, melodic beauty of "Orange Trees" takes listeners on that pilgrimage with her, encouraging us to find our own version of paradise on earth.

Prolific Texan rapper Megan Thee Stallion drops "Sex Talk," and it may be the track that catapults her from viral sensation to even more legitimate stardom. The production is minimal; muted snaps, claps, and heavy, muffled bass leave plenty of room for Megan's thick, charming Houston accent and gleefully raunchy lyrics to shine through. "Got more milkshake than Kelis," she raps, before going on to make a number of candy and food metaphors about how irresistible she is. Megan must know her star will only continue to rise. She's apparently got so much money, she's akin to a Powerpuff Girl, "Bitch I got green like I'm Buttercup." What can't Megan Thee Stallion do?

Toronto rapper and singer NAV comes out of self-imposed retirement with Bad Habits, a slick, moody collection of songs marrying of-the-moment rap with innovative R&B and synthpop textures with star-powered collaborations from Gunna, Meek Mill and Young Thug, to name a few. Not to mention, the album's cohesive sound can be credited to The Weeknd, who executive produced it. It's only fitting that he lend his vocals to this sneakily catchy tune about the perils of fame, new friends, and all the apparently new enemies that come with notoriety. The two sound at ease together, though, knowing that once you've faced the worse, things can only get better. Welcome back to NAV, who is no stranger to controversy, and The Weeknd, who once made an album called Beauty Behind the Madness. I think that explains what makes "Price On My Head" so compelling.

Montreal singer Zeina's brand of pop is not afraid to get a little macabre. Her predilection toward darkness informs pop songs with sugary melodies, laced with a touch of arsenic. Continuing in the vein of menacing cuts like "Tear Drops" and "In My Head" is "Killer." "There's a killer in my room," she sings, allowing her voice to slightly hover just above a haunted quiver. "And it's not me and it's not you." Meanwhile, the music — a combination of baroque pop and trap percussion — builds in tension, seeming ready to snap at a moment's notice. So... who is this deranged killer stalking Zeina and her music? Listen closely for the cliffhanger.

Couple goals Ashlee Simpson and Evan Ross have a moody, soulful new song, "Phases," since their debut EP, last year's ASHLEE + EVAN. Though the song is about the ups and downs of relationships, Simpson and Ross sound great together on the track, which boasts bluesy guitar licks and robust drums. You can hear their cool resolve too, which is sweet to hear, because ultimately, after the rain, there's sun. "As long as you promise to stay," they sing. Change in a relationship is inevitable — healthy, even. Why not navigate those changes with the one you love?

Ishan is a rising Indian-American producer who marries electronic pop with myriad influences, from Kanye West to Michael Jackson and Jai Paul. His debut Sonia EP comes out next week, but new single "Closer by the Chainsmokers" is here to provide a taste of Ishan's unique perspective as a musician. The catchy instrumental track, from the ironic title on, honors Ishan's choice to place himself at the center of American pop tradition. "The land of fairytales, the land of dreams," one vocal sample toward the end asserts. Ishan's dreams are not only valid, but he's perhaps closer than ever to making them reality.

It's nice to hear "Green Light Go" from Mexican-American pop icon Becky G, whose music always keeps us on our toes, and guessing what she might cook up next. After breaking through back in 2015 with singles like "Shower," she pivoted into the roots of Latin music, collaborating with Bad Bunny, Daddy Yankee, Natti Natasha, and more. With "Green Light Go," she releases one of her first English-language songs since last year's "Zooted," with French Montana and Farruko. The song is an intoxicating blend of trap toughness and pop smarts, and Becky G asserts her renewed confidence and dominance. On "Green Light Go," Becky G knows who she is, and you'd be foolish to try and stop her.

Wallows, the three-piece band co-fronted by 13 Reasons Why star Dylan Minnette has been on a mission to validate indie rock's influence for the past 10 years. And judging by the sound of their debut album, Nothing Happens, it appears that mission has been accomplished. Collectively, the songs fuse indie rock's effortless pop songcraft with the looseness of rock and the experimental edges of funk and alternative music. Catchy hooks and melodies abound, and "What I Like" is a guitar-heavy standout that sounds just as ready for massive arenas as it does the radio. Hit play for a widescreen sugar rush that we guarantee you'll more than like.