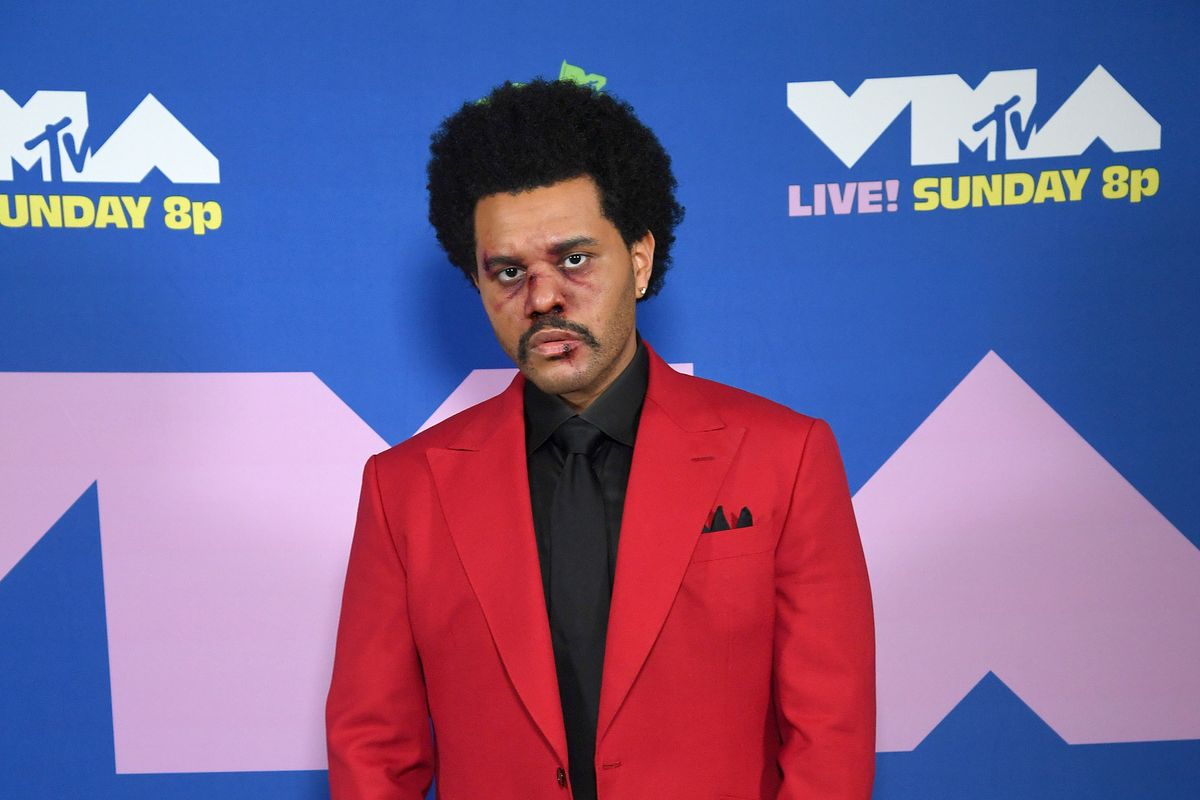 The Weeknd has become a bonafide super-star. Despite beginning his career in the realms of introspective alternative R&B, he has straddled the parameters of pop since the release of his breakthrough album Starboy. In merging his early sound with the mainstream, he entered the A-list stratosphere, while retaining the hallmarks of an experimental artist.

On Starboy follow up After Hours, Abel Tesfaye debuted a new concoction, one grounded in the age of synth-wave and synth-pop — the latter of which dominated '80s releases from the Pet Shop Boys and Eurythmics. Some soul and R&B lurked in the background, but the album's first single "Blinding Lights" is perhaps one of the strongest examples of transparent synth-wave backing. When describing The Weeknd's ode to '80s music, the BBC praised the song's core offering of "super synth-pop keyboard hooks." When articulating its recent success on the Hot 100, Pop Songs and Adult Pop Songs radio charts, Billboard referred to it as a "neon-hued synth-pop pulse-racer." Listening to the euphoric cut, it's more than clear that "Blinding Lights" was crafted for pop-consumers.

Despite this, at the 2020 VMAs, "Blinding Lights" was nowhere to be found amongst the pop nominees. Instead, it garnered attention as the winner of the "Best R&B" award. The Weeknd himself hasn't publicly addressed the controversial win, but the song's categorization speaks to a larger issue as it pertains to Black art in white spaces — especially at awards shows. Beyoncé is the only Black artist to win in the "Best Pop" category during the show's 35 years of existence, for "Formation" in 2016. On top of that, the amount of Black nominees over the years is scarce. BTS — the South Korean based band ushering K-pop into the western gaze — won this year's "Best Pop" award for "On," but in terms of diversity the category still has a long way to go.

Outside of the pop category, Black talent at the VMAs are often silenced across the board. In 2015, Nicki Minaj referenced the fact that if she was a "different 'kind' of artist" that "Anaconda" would've been nominated for "Video Of The Year." Out of the category's 46 winners only 12 are Black — including The Weeknd for "Blinding Lights" this year — emphasizing a glaring institutional bias.

It's not just the VMAs. The Grammys have historically shown a similar lack of acknowledgement and care for the Black community in genres outside of R&B and hip-hop. In 2013, the awards show adopted the category "Urban Contemporary Album," with Frank Ocean as its inaugural recipient. The term is riddled with racist undertones, and has been contentious since pioneering DJ Frankie Crocker coined the phrase in the '70s as synonymous with the Black talent that he played on his station. Executives quickly cemented "urban" as a placeholder for Black artists as a whole and R&B and hip hop.

The problem with this terminology — beyond its dilution — is that it refuses to accurately acknowledge acts that genre-blend or simply exist outside of the parameters of either R&B and hip-hop. Ivan Barias, the award categories creator, stated in 2017 that his intentions were not grounded in racial divides, but the award's subsequent winners, all of them Black, suggest otherwise.

This is juxtaposed with the fact that the "Big Four" Grammy winners have been in large part white throughout history — let alone when "Best Urban Contemporary Album" was created. Many viewed the "Urban Contemporary" award as a consolation prize for "Album Of The Year." In 2017, Solange pointed out in 2017 that there had only been two Black "Album Of The Year" winners since 1997 (Ray Charles for Genius Loves Company in 2005 and Lauryn Hill for The Miseducation of Lauryn Hill in 1999), which is startling considering the expansive and quintessential bodies of work released by the likes of Whitney Houston, Beyonce, Usher, Rihanna, Mariah Carey in that timeframe.

Tyler, The Creator called out the Grammys during this year's ceremony in January, saying that "urban contemporary" as a term was a "politically correct way to say the n-word" which reinforces the sentiment that the category at large is both tone deaf and intentional in its suppression of Black singers and rappers:"Whenever, we and I mean guys that look like me, do anything that's genre-bending or anything, they always put it in a rap or urban category." Lizzo's album Cuz I Love You went on to win the "Best Urban Contemporary" album, losing out on "Album of the Year" to Billie Eilish. Following the lead of Republic Records removing the word "urban" from its internal lexicon, the Grammys have subsequently renamed the "Urban Contemporary" category as "Best Progressive R&B Album." But it remains to be seen whether anything will actually change.

Ultimately, award shows should have done better by Black acts decades ago. Shameless pigeonholing is the same act of carelessness that disillusions the next generation of artists. It's already happening: when speaking of her upcoming pop-driven debut album, singer Normani noted in an interview with Rolling Stone that "It's almost like [pop] becomes negative when it's a Black girl that looks like me, singing the records I choose to sing because I loved them."

Awards shows like the Grammys and VMAs portray themselves as the standard bearers of music and entertainment. In this short-attention span, commentary-heavy contemporary market, industries are going to have to keep up — and fast. If the VMAs, Grammys and any other ignorant music institution refuse to change their harmful status-quo, they'll lose the respect and viewership that they are trying and already failing to engage.