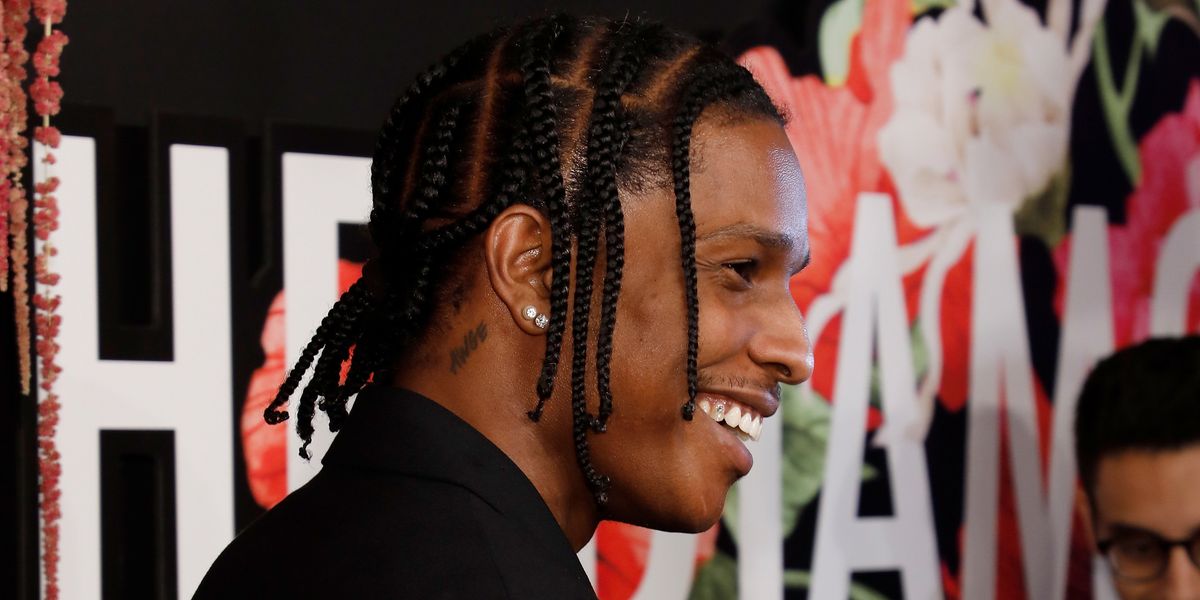 Watch A$AP Rocky Getting His Life at Gucci

Today, Sunday, in Milan, Gucci's Alessandro Michele delivered a sanitarium-inspired show, and a statement on capitalism and sanity and whether or not the two can actually co-exist. The show notes (written by Michele's partner Giovanni Attili, an urban planning professor) quoted Michel Foucault and questioned the purpose of the fashion industry itself.

"Can [fashion] offer itself as an instrument of resistance?" Attili wrote. "Can it suggest experimental freedom, ability to transgress and disobey, emancipation and self-determination? Or [is] fashion itself [at risk] to become a refined device of neo-liberal government that ends up imposing a new normativity, turning freedom into a commodity and emancipation into a broken promise?"

It's probably the latter. But as great and gutsy as the show was (we love a Girl, Interrupted moment) Gucci is still a business that needs to sell things, and so there were tons of celebrities in the front row. Michele has a real knack for curating Gucci faces and friends of the brand. Just look at Lou Doillon and A$AP Rocky (who was just released from jail in Sweden last month) bopping up and down in the front row. They look so cool! Writer Emilia Petrarca got a video of the two that has been rapidly re-grammed over and over and over again. The two have an energy to which we should all aspire.

Iggy Pop was there, in aviators, a leather jacket, and what appeared to be bedazzled Birkenstocks. Gucci Mane (has he been invited to every Gucci show? We hope so) and his wife Keyshia Ka'oir Davis were seated next to Harmony Korine. Gucci favorites Hari Nef and Jeremy O. Harris looked very glamorous — Harris, who had his makeup done by Savage x Fenty opener Raisa Flowers, also took over Gucci's Instagram stories. He quickly interviewed Michele, who said that being a fashion designer is "a very strange job."

Gucci recently made headlines for announcing that the Spring 2020 show would be carbon neutral. "A new era of corporate accountability is upon us and we need to be diligent in taking all steps to mitigate our impacts, including being transparent and responsible for our GHG emissions across our supply chains," said Gucci President and CEO Marco Bizzari. "Gucci will continue to work in a smart and strategic way to avoid and reduce our impacts, while simultaneously investing in innovation as a driver for sustainability."

The brand went fur free in 2018; now they're carbon neutral and referencing Foucault and neoliberalism. They're really playing to our hearts.