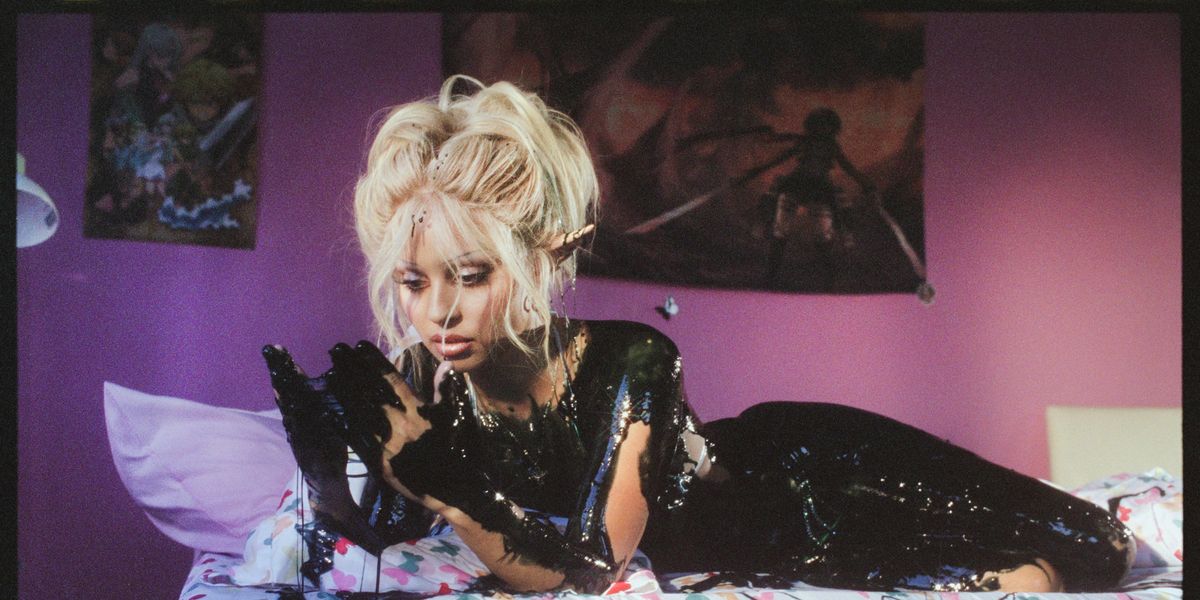 Alexa Demie and Petra Collins are bringing a little bondage to the Brothers Grimm.

Based on imagery associated with beloved storytellers such as Hans Christian Anderson and Charles Perrault, a press release explained that Petra combined "elements of camp, prosthetics, and shibari" alongside Alexa, who poses as mythical creatures like fallen angels, fairies, witches, and sirens.

"As children, Petra and Alexa were both enamored with fairy tales, which provided an escape from their own painful realities," the release continued. "The two collaborated to write and portray nine characters that embody new stories they would have liked to see. Each of the nine tales is set in unique spaces, ranging from suburban homes and parking lots to fantastical sets."