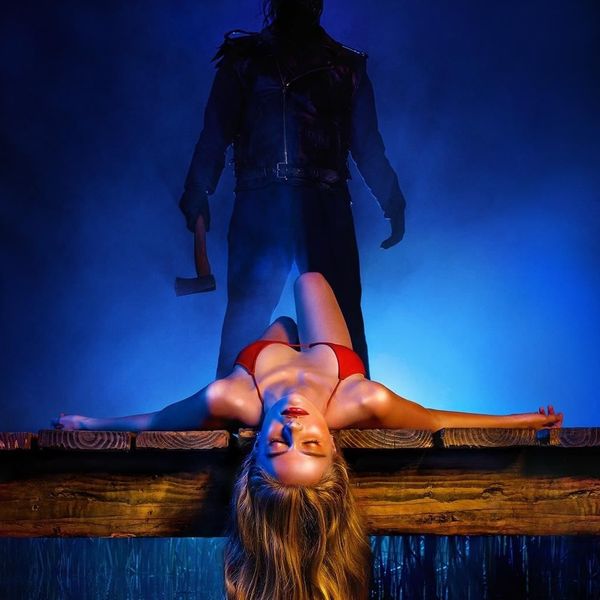 1984, the upcoming slasher-themed season of American Horror Story, is just two days away, yet it continues to distinguish itself from seasons past.

The instrumental theme always takes on the mood of each season, which is key to establishing coherence for an anthology series like AHS. This time, it's full-on '80s Camp: the music fuses squelchy, purposely dated synth-pop with outer-space sound effects, not dissimilar from the era's most beloved one-hit wonders. The music is set against shots of bloody sharp objects, spliced in with neon aerobics videos and clips of then-president Ronald Reagan. It all builds up excitement for the season's summer-camp setting, the "site of the worst summer massacre of all time."

Murphy shared the new opener on Instagram, writing that it was inspired by a fan cut made and posted online by an actor/director named Corey Vega. "I liked it so much, I decided to bring him on board to work together with [longtime collaborator] Kyle [Cooper] as they evolved the concept into something major. Congratulations Corey! 1980s horror never looked so good," the post reads in part.

See the end result for yourself, below.