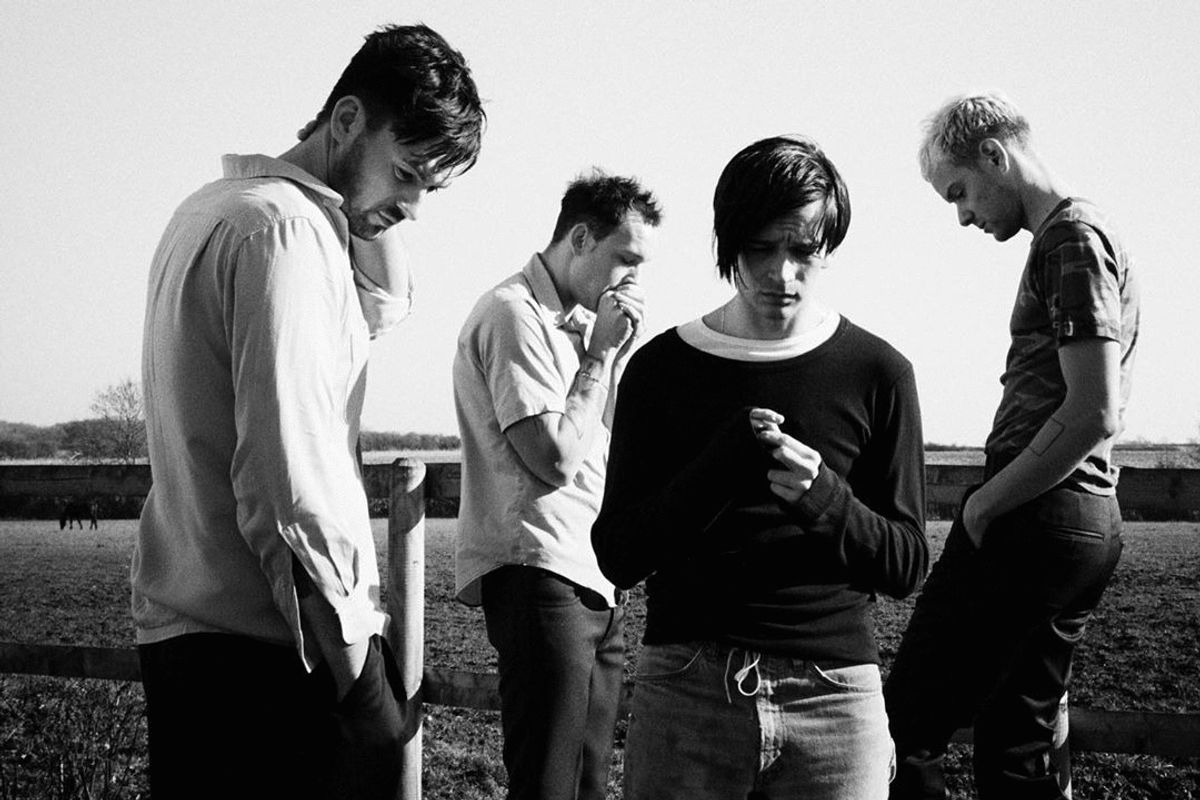 Almost one year ago, The 1975 unveiled the hardcore post-punk anthem "People," as well as its turbulent, vivid and strobe light-filled music video.

On Monday, the British pop-rockers shared a new performance, filmed entirely in black-and-white. Matty Healy trades his long, pin-straight black wig from the initial video for his signature mohawk. This time, he dons a blazer and reaches for a microphone suspended in the air by a string. Bandmates Adam Hann, Ross MacDonald and George Daniel are seen jamming out with a monochromatic backdrop.

This rendition of the song is similar to the original, and the Adam Powell-directed cinematography is notable in its simplicity and shadow effects. The studio version of "People" features the same explosive electric guitar riffs, all-encompassing distortion and a whole lot of overdrive. With lyrics that address digital-era humankind, Healy scream-sings passionately, urging particular people to "stop fucking with the kids." He analyzes human beings who only seem to care about "girls," "food" and "gear" and mentions how the "economy's a goner."

Explaining everything from why we rely on memes to get us through bleak times to the causes of generational angst, the track incorporates politically charged lyrical and thematic sentiments the band is beloved for, but marks a significant change for the four-piece in their sound.

"People" is the second track and sixth overall single from the band's upcoming fourth studio LP, Notes on a Conditional Form, out this Friday, May 22. It will feature collaborations with everyone from FKA Twigs to Phoebe Bridgers.

Their last single, "If You're Too Shy (Let Me Know)," also has its own edition of a black and white performance.