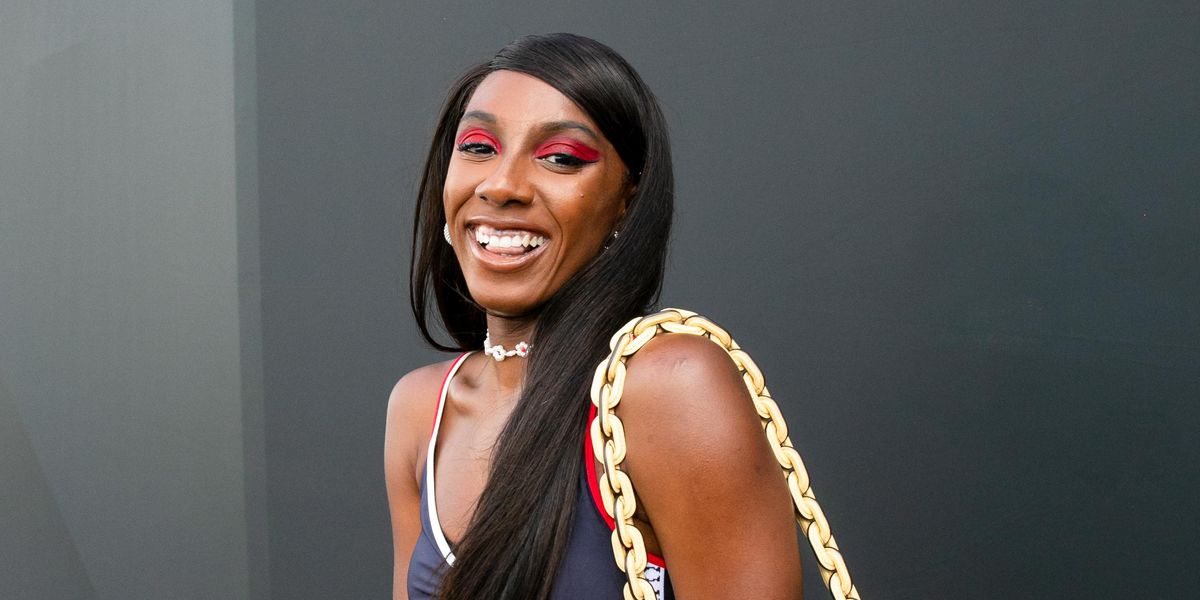 For a retro TV-inspired runway, there's only one person you should call: Ziwe. The Showtime comedian brought her signature hot girl flavor and aesthetic to Coach's front row for their Spring 2022 runway presentation. She joined a colorful cast of artists and internet personalities in a pre-show short film, paying homage to the campy aesthetics and humor of public broadcast.

Related | Ziwe Is Getting Her Own TV Show

It's the star's first time at New York Fashion Week in a professional capacity after blowing up last year with her interview-style comedy show. Now that Ziwe has been renewed for a second season, her newfound platform has gotten her to high places, landing her a coveted friend-of-the-house spot.

"I used to be a young teeny bopper in New York, when I was 18 and 19, but now I'm meeting designers and interacting with people I've always been fans of," she told PAPER backstage before the show. Her fun personality is also reflected in her unique sporty style, and she was dressed in an array of Hot Girl pieces made by Coach for baddies on the go with the help of her stylist Pamela Sheppard. "I feel like Aaliyah right now," she joked. "I'm one in a million."

A Coach ambassador she'd love to grill on her show? Selena Gomez, of course. "I've always been a fan. It's a throwback moment. Before that, it was Barney," the star joked on her fascination with Miss Gomez. "She's so compelling, I love her music. She'd be an iconic guest." Wizards of Waverly Place hive rise!

For many, Coach brings back nostalgic memories from childhood — mothers and aunts buying into the affordable luxury brand as a means to feel confident and trendy when European brands were simply out of reach. It's more than just a brand, it's a touchstone of Black and Brown culture in the 2000s.

"I remember the signature Coach wallet and pining after that as a young adolescent, so now working with the brand is so crazy," Ziwe told PAPER on what's to come. "It's always world domination."

The collection was an ode to New York, a glamorous and glitzy take on a grimey city — drum line and all. Coach's heritage plaid, gingham, and houndstooth patterns were splashed across baseball caps and perfectly oversized slacks. Fluorescent neon elements were infused into knit graphic sweaters and printed tee-shirts, tying back the collection's narrative to the golden years of '90s New York television.