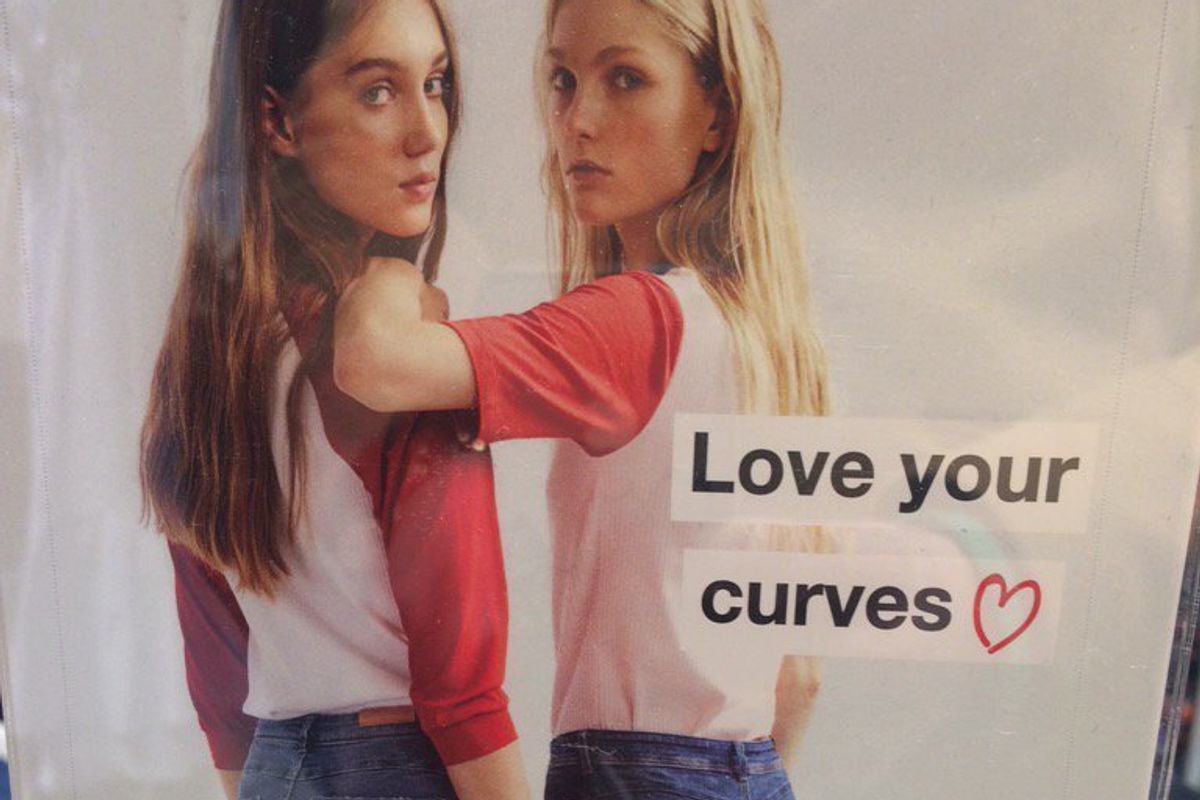 And, true to capitalist form, many companies have co-opted the movement for their own ads (think Dove's ongoing ads and Aerie's real girl campaign). And where corporations try to harness empowerment to make money, there are inevitably embarrassing fuck-ups. The most recent one comes courtesy of Zara, who've put out an ad for their jeans that proclaims "Love your curves" over a photo of two remarkably, uh, non-curvy women.

You have got to be shitting me, Zara. pic.twitter.com/tiOsJv5AVy
— Muireann O'Connell (@MuireannO_C) February 28, 2017

Spotted by an Irish radio host who posted it on her Twitter, the image naturally got the internet outrage machine fired up. Twitter was quick to point out the wide gap between message and execution (and come up with some pretty good Zara burns).

Shame on you, @ZARA. This is toxic advertising from every angle. pic.twitter.com/NANIFOhB9T
— Rachel Vorona Cote (@RVoronaCote) February 28, 2017

Not sure what I love more: these girls' "curves" or their truly courageous body positivity.

As the original poster of the ad took care to make clear, this is nothing to do with the innocent models hired for the spot. They're just the unwitting participants of a poorly thought-through campaign.

Can i just say, this is nothing to with the models. It's the marketeers that have distorted their image & fucked up.
— Muireann O'Connell (@MuireannO_C) February 28, 2017

Zara should be used to dealing with backlash by now--last year they came under heavy scrutiny for stealing the art and designs of small independent artists and refusing to compensate them when they were caught. The company's Twitter has remained mum on the subject thus far.