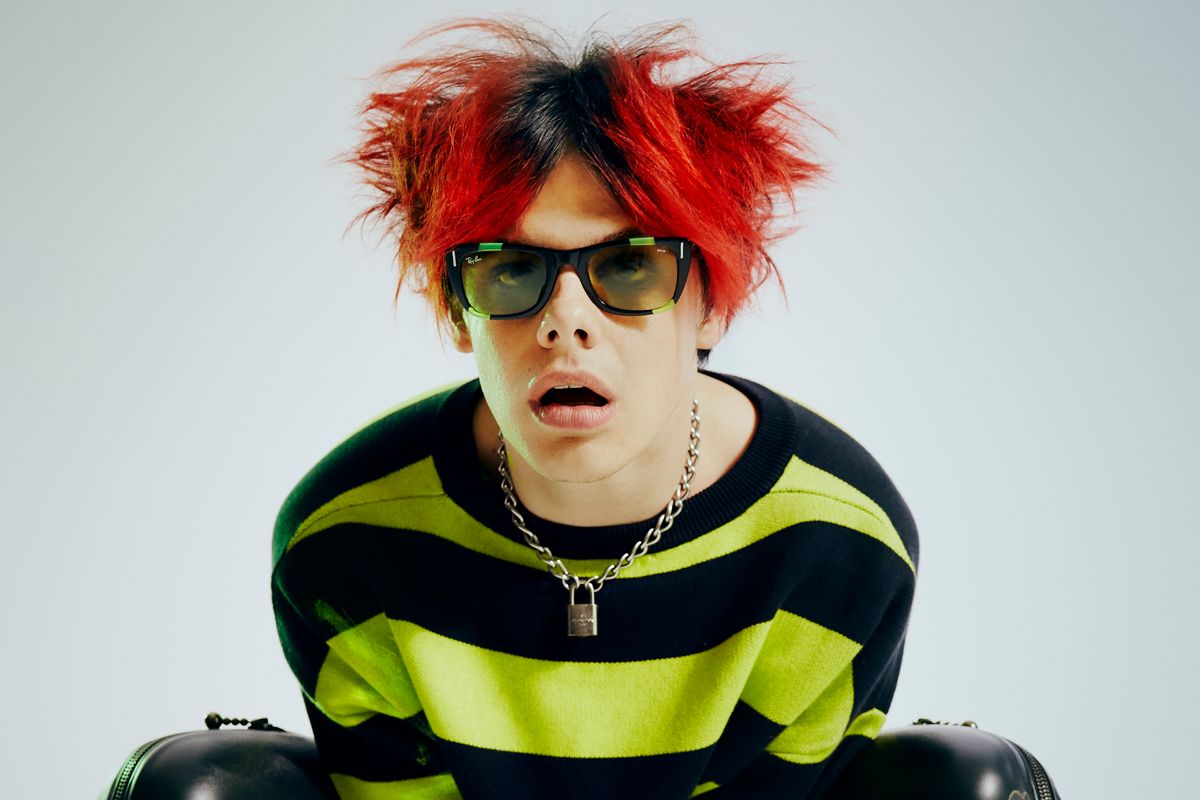 Despite the pandemic, pop-rebel rocker YUNGBLUD has had quite the eventful year.

He's already dropped a slew of alternative emo tracks and music videos, including "god save me, but don't drown me out" and "Lemonade" with Denzel Curry, soared through an empty music hall dressed as an angel while performing "cotton candy" live for the MTV European Music Awards in London, and presented his "The Weird Time of Life" virtual tour across the world — but he's not stopping there.

While he finetunes his forthcoming album, weird!, slated to debut on December 4, YUNGBLUD is traversing into the world of style, specifically the realm of luxury sunglasses, with long-time eyewear staple Ray-Ban.

Related | In Conversation: Yungblud and Dan Reynolds of Imagine Dragons

The punk-infused collaboration, deemed "The Weird Collection Styled By YUNGBLUD. You're ON," welcomes three unapologetic shades: The State Street, the Nomad and the Caribbean. Where the State Street and the Caribbean take a modern approach to the classic Wayfarer with bi-layered orange and blue acetate constructions on the former and green lenses on the latter, the Nomad harkens back to '70s rock and film history with strikes of neon pink and photochromic lenses.

All three sunglasses in the capsule are available now for $195-$205. Shop the collection, here.