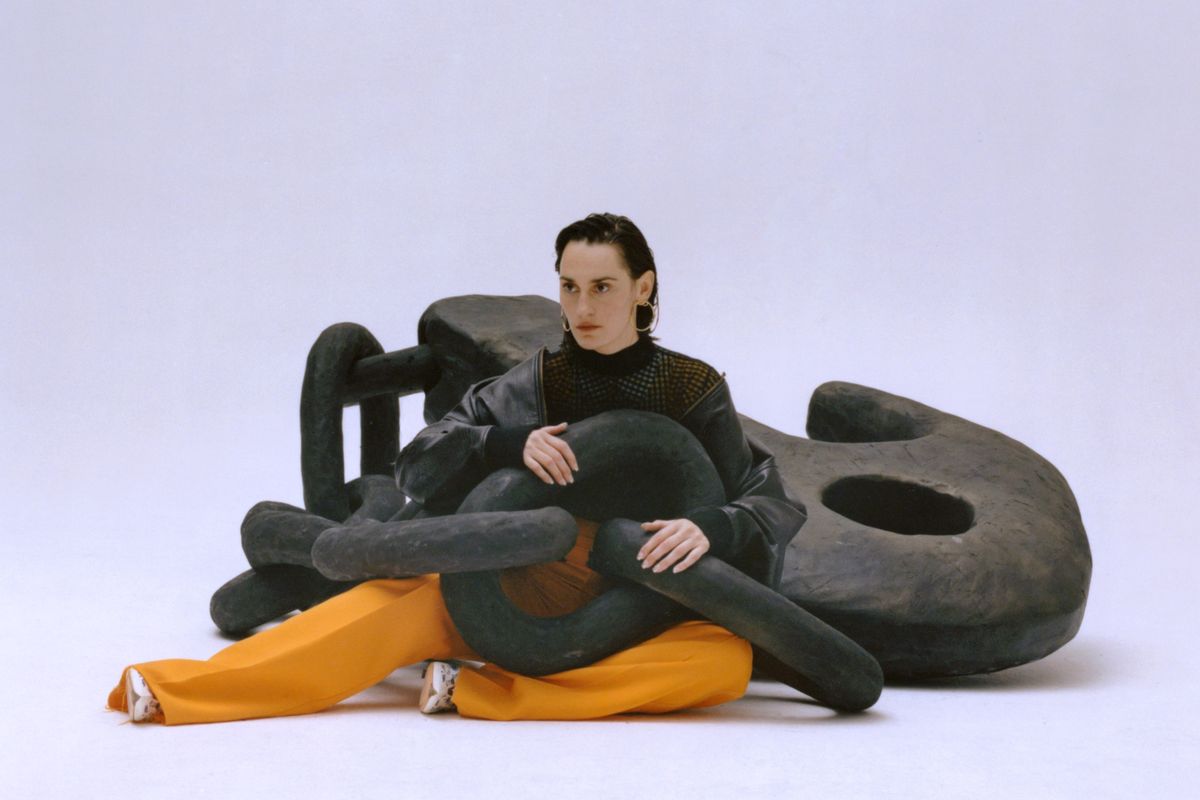 Yelle Has a New Album and a New Haircut

"Wake up people, Yelle is coming back!"

It's official: iconic French dance pop export, Yelle, is making a comeback with a brand new album slated for this fall, and we couldn't be more excited. The highly anticipated follow-up to 2014's Complètement Fou, this new full length effort from Julie Budet and Jean-François Perrier is set to arrive in September.

Related | Banoffee on the Rebound

Today, the group is celebrating the occasion with the first single off Yelle's forthcoming album, "Je t'aime encore." A gentle piano-driven ballad, "Je t'aime encore" is a departure from Yelle's traditionally bright electro-leaning brand of dance-infused pop, electing for a more subtle approach as a soft dancehall rhythm and auto-tuned vocals swell to an emotional crescendo.

"It's a love letter to our country France," Yelle says. "We wanted to create a gorgeous, deep song, based on magnificent, pure, classical French pop chords." A decade and a half since their debut, "Je t'aime encore" feels like a more mature Yelle but with both feet still firmly planted on the dancefloor. "We hope the mid-tempo swaying beat reminds you how good it is to dance with us," Yelle says, adding that they want the song to feel "as good as (maybe better than!) stretching out in your cosy bed, after a perfect night."

"Je t'aime encore" also arrives alongside an equally entrancing visual directed by fashion documentary filmmaker Loic Prigent and featuring celebrity hair stylist, Charlie Le Mindu. In his first-ever music video, Prigent takes a similarly minimalistic approach. "I really like Yelle's lyrics, the triple entendre, the poems, the catchphrases, the choruses," Prigent says. "I love her sense of style and even if she is in a bathrobe in the video, it is a sublime bathrobe made to measure by Pierre-Alexis Hermet, with pretty incredible kimono sleeves. It was a great team effort, and seeing Charlie Le Mindu's creative brain up close is an experience I wish to everyone."

With Budet remaining stationary for almost the entire video, Mindu's expressive style of grooming quickly takes center stage as the clear star of "Je t'aime encore." The hairstylist's flamboyance flourishes as he casts aside locks of hacked off hair and practically dances around Budet at the track's climax. Echoing the video and song's aesthetic, Mindu elects to go a more understated route by giving Budet a sharp bob as opposed to the striking club kid looks he's typically known for. "The beauty of the song is pure and that's why I decided to create a bob as it's a very simple cut and strong look that fits any gender," Mindu says. "Collaborating with great choreographers, but also with Loic Prigent... I knew it was going to be a fun adventure."

Watch the PAPER premiere of Yelle's "Je t'aime encore," and listen to the comeback track, below.