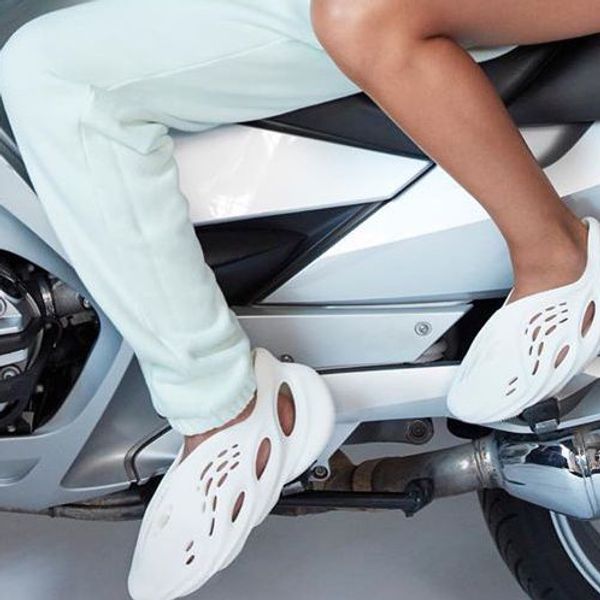 On Thursday, the Yeezy Mafia gave everyone a preview of the new Yeezys coming out next year. Landing in 2020 is the Yeezy Foam Runner — all-white, one-piece slip-ons with cutouts. The unreleased shoes were first seen worn by North West back in June, and since then, they've been criticized online.

People have been comparing the Foam Runners to another very familiar pair of lightweight, holed, "foam" shoes: Crocs. And now people are calling the new shoe "Yeezy Crocs." But while a lot of people are making fun of these new Yeezys, there are also a number pointing out that chances are, people will still be paying a lot of money to get their hands on a pair. And, honestly, we don't doubt it.

Read some of the best Twitter reactions to the Yeezy Foam Runners below.