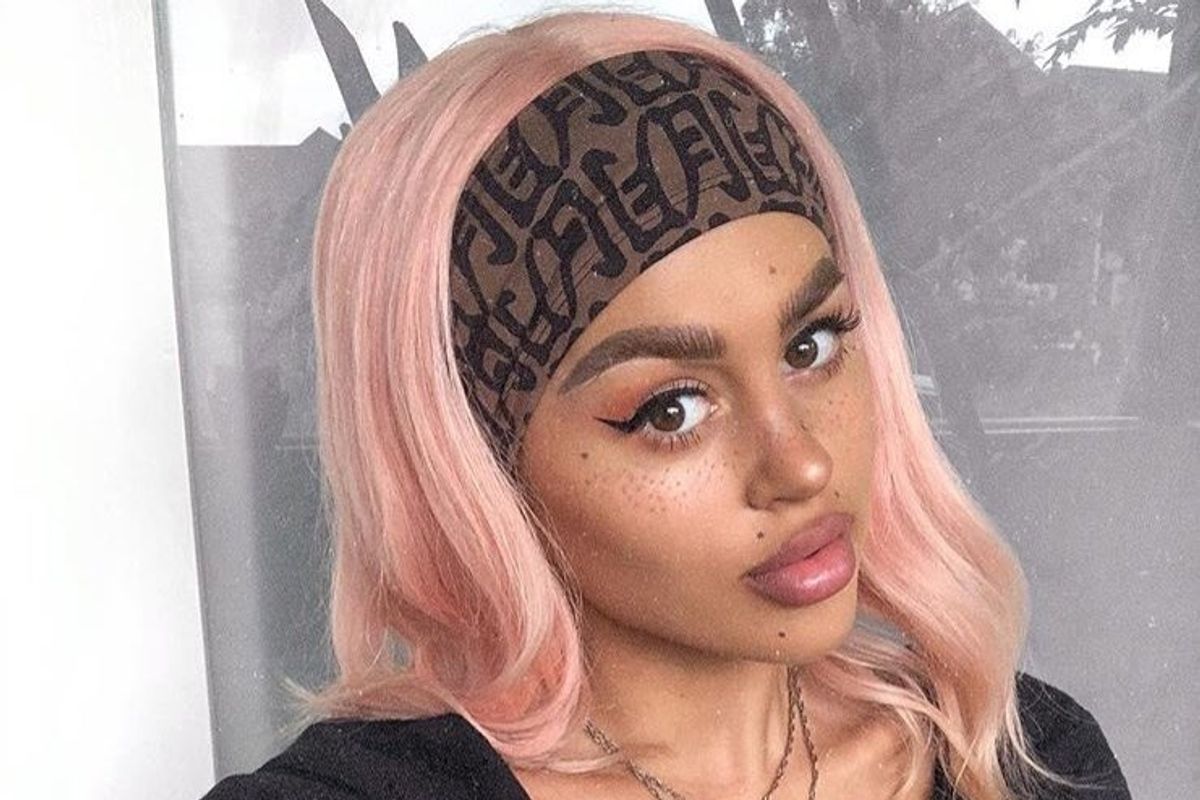 How White Women On Instagram Are Profiting Off Black Women

"Ni**erfishing," a newly created term that has rightfully set the Internet ablaze in the last week, has sparked a series of discussions surrounding white women 'cosplaying' as Black women on social media. Despite the unsubtle nature of the word, recognizing the concept of ni**erfishing brought to light numerous white women who have been impersonating Black women on social media with apparent success. In a quest to highlight this epidemic, I expounded on this topic in a now-viral thread and called for users to share examples which lead to an alarming discovery. While being met with a plethora of praise from Twitter users and celebrities, the thread exposed something that I've known all along — white women want access to Blackness but don't want the suffering that comes along with it.

Can we start a thread and post all of the white girls cosplaying as black women on Instagram? Let’s air them out because this is ALARMING.
— #BreonnaTaylor (@#BreonnaTaylor)1541556201.0

Since I was old enough to understand race and how it functions, I have critically observed that white women have been able to steal looks and styles from Black women, more specifically styles that Black women in lower-economic communities have pioneered. With the help of the media, white women have been credited profusely for creating several 'trends' that have existed long before they discovered them. What makes this 'phenomenon' alarming is that these women have the luxury of selecting which aspects they want to emulate without fully dealing with the consequences of Blackness.

In recent years, Instagram has become a breeding ground for white women who wish to capitalize off of impersonating racially ambiguous/Black women for monetary and social gain. With extensive lip fillers, dark tans and attempts to manipulate their hair texture, white women wear Black women's features like a costume. These are the same features that, once derided by mainstream white culture, are now coveted and dictate current beauty and fashion on social media, with Black women's contributions being erased all the while.

Reeling from the backlash, Emma Hallberg, one of the main Instagram models accused of ni**erfishing, has rejected the claims in an interview with Buzzfeed, saying, "I do not see myself as anything else than white. I get a deep tan naturally from the sun." Despite Hallberg's claims, her photos and YouTube channel tell a different story. In one of her recent beauty tutorials, the Swedish model, who currently has over 200,000 Instagram followers, is seen using foundation that is noticeably darker to otherwise alter her pale skin. While a lot of the women are using the excuse of "summer tans" to assuage their guilt or rather embarrassment, impersonating Black women on social media is formulaic as it is strategic.

Like Emma, Mika Francis and countless others that have been exposed since ni**erfishing went viral, their 'aesthetic' is nothing new or revolutionary: it simply mirrors thousands of women on social media who mimic styles that have been created by Black women yet have been co-opted by white women. This charade in question has been embraced by numerous celebrities, which then trickled down to influencers who are simply following a formula that has proven to yield tremendous success for the high-profile women they idolize.

What makes this both so harmful and insulting is that Black women have to work twice as hard to obtain the same, if not fewer, benefits as white women in these spaces, so when white influencers are rewarded with partnerships and brand sponsorships under the pernicious guise that they are racially ambiguous women, it's beyond infuriating. Black women are constantly bombarded with the promotion of European beauty standards in the media, so when our likeness is then embraced on women who have the privilege to fit traditional standards yet freely co-opt Blackness to their liking, it reaffirms the belief that people desire Blackness, just not on Black women.

While being heralded by many, the criticism my thread received was largely given by white women and cis Black men rejecting my claims and ironically critiquing my dark skin tone — a skin tone that most of these women are doing everything in their power to achieve. Angry, bitter and jealous were some of the labels that were placed on me for bringing much-needed attention to women who have been able to emulate Black women without dealing with the repercussions. While it is my hope that these women own up to their charade and completely forfeit their stake in appropriation, there's too much money to be made pretending to be somebody else on the Internet.