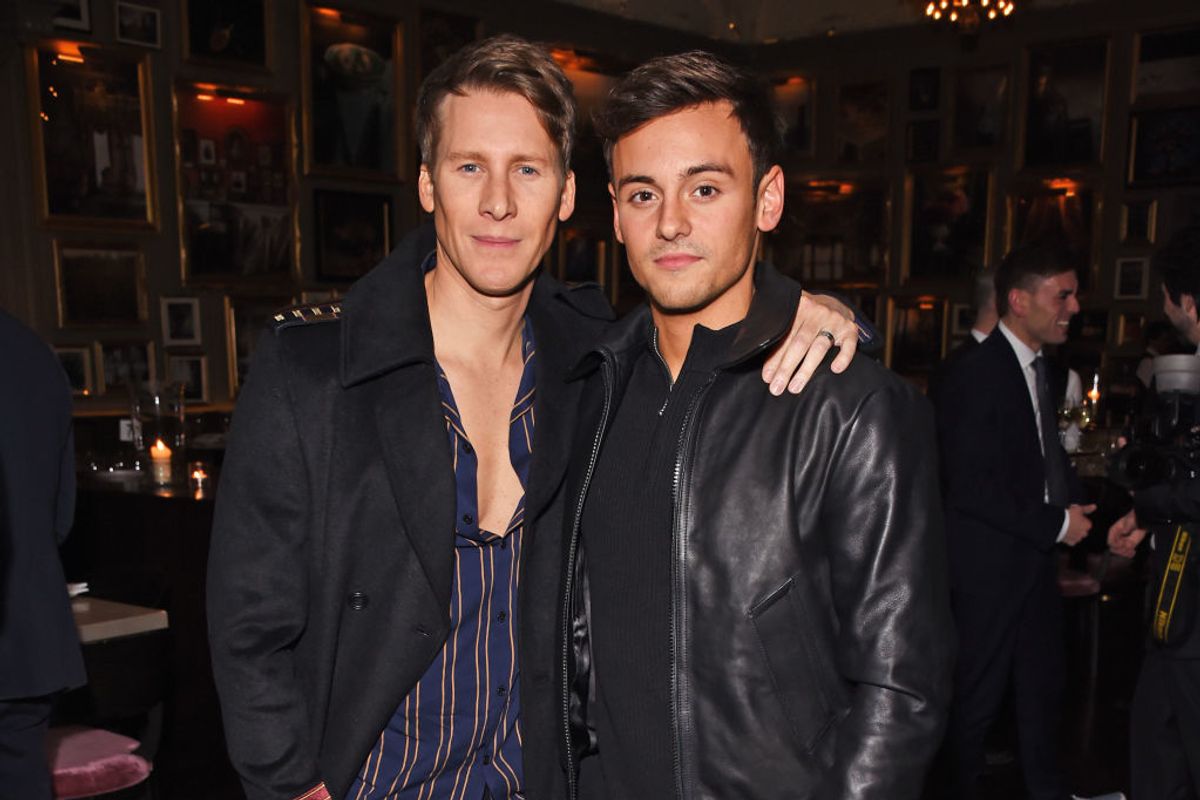 Their son was born on June 27th, 2018 to a surrogate. And while the photos don't reveal the baby's face (which is bound to be as gorgeous as both his dads'), they do reveal the baby's name. Tom writes in his post, "Welcome to the world our precious little Robbie Ray Black-Daley ❤️"

Robbie Ray — which British publication The Times says is short for Robert Ray, was named after his grandfather/ Tom's dad Robert Daley who died while battling cancer in 2011. Robert is also Tom's middle name.

While Tom posted photos of the babies teeny feet, Dustin Lance posted a subtle family photo, with the two parents holding their child with hands intertwined. He captioned, "Welcome to the world little Robbie Ray. Thank you for bringing so much love and light with you. And thank you to those who helped make our dream of having a family into this wonderful reality. ❤️#AFamily #HappyBirthday 👨👨👦"

Congratulation to the new dads!