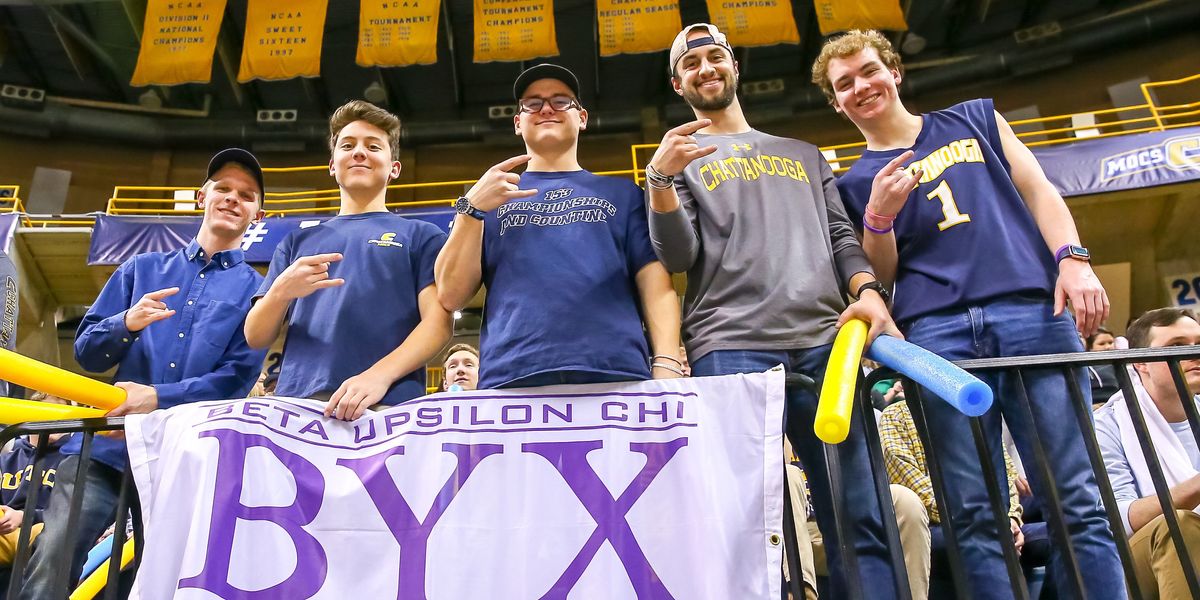 The End Is Nigh: Tinder and Bumble Are Sponsoring Frat Houses

Quick, have a moral panic: two awful places for women, frat houses and dating apps, are teaming up.

According to a new report from the Houston Chronicle, the evil genuises over at Tinder and its "feminist" counterpart Bumble are doing a university marketing push that includes inviting frat houses to sign exclusive contractual sponsorships. The apps are sending cash goodies to frat houses, in exchange for them swearing off competitors, and sometimes, throwing Tinder or Bumble-sponsored parties, where attendees are required to download and sign up for the app in order to get in.

"Simply scan to enroll!," read a poster hanging outside a UT Austin frat house, explaining that all attendees "Must: be within five miles of campus, be ages 18-22, have an existing Tinder profile, have UT Austin in your profile."

Tinder has created a specific "Tinder U" service just to make finding people at your school simpler. The apps, according to fraternity members the Chronicle spoke with, provide money to cover production costs for parties, branded signage and swag for their parties. Then, all they have to do in turn, is hang up the sign. On top of that, while frats are apparently contracted a certain sum of money for throwing a sponsored party, they can earn additional money based on the number of students who download the app at ticket pickup.

These app-surveilled and sponsored parties are confirmed to have taken place at Oklahoma University, Tulane University and Northwestern University, as well as University of Texas, but both Bumble and Tinder declined to share with the Chronicle how many campuses they're operating on, or how much cash these deals offer frats.

Eek! Okay, so the panic isn't about these contracts turning frat parties into dystopic IRL dating app game shows, but any situation where the culture of Tinder and the culture of frat houses are reinforcing each other, just... can't... be... good.

For one, forcing 18-24 year-olds to become a user of an app (particularly one that collects their data, and particularly where sexism and racism are rampant) order to get into a party are definitely questionable marketing tactics. Young adults in that age range are reportedly the company's biggest area for potential growth, and they're perfectly willing to exploit some lunkhead frat bros to do it.

But, of course, said bros don't feel like they're being exploited, or don't seem to care. One brother told Chronicle that the partnerships "mutually beneficial." Right, of course they are. The apps get automatic access to hundreds of new users, and bros — as they furrow their brows over whether their identity is more a Tinder house or a Bumble house — get to mechanize their dangerous hook-up culture, even further. App-required parties get hook-ups down to a science, and provide a guarantee: to enter, you have to be down to fuck, or at least digitally accessible for inquiries.

RIP simpler times, where where you just had to spiritually resign yourself to the male gaze and get semi-consensually grinded on in order to attend a college party, instead of having to put your photos and data into an app for consideration.