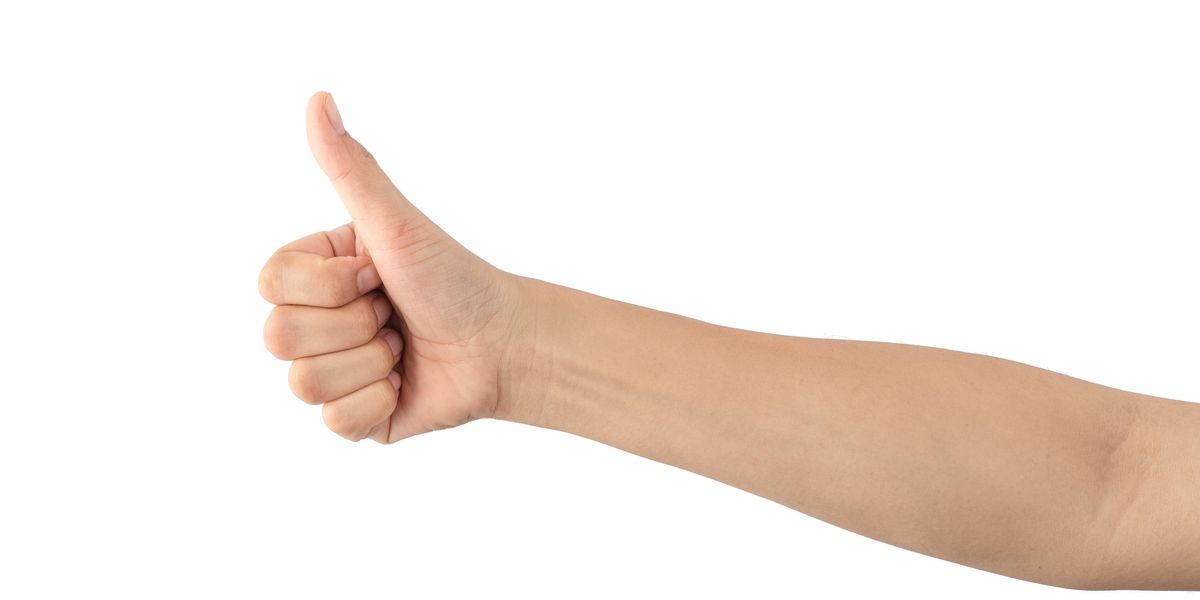 One TikToker's extremely long thumb has made him into a verifiable star.

Since last summer, multiple clips of Jacob Pina's appendage have gone viral, and the 21-year-old has continued to create videos about his extendable appendage ever since. But whether he's showing off his thumb-wrestling skills or simply comparing it to a hot dog, his content is typically met with a mixture of collective horror and fascination — and if you watch one, you'll see why.

Related | A Giant Baby Is Terrifying the Internet

According to BuzzFeed, while Pina's right thumb is normally around two inches, he's able to extend it up to 5.5 inches — something he learned he could do during his freshman year of high school.

"I just dislocated my thumb, by forcing it out of its socket, to make it appear longer," he said, before adding that he never thought he'd get this kind of attention from it. "My doctor says it's abnormal but can't officially link it to any known medical conditions."

That said, Pina went on to assure the publication that extending it has never hurt or caused him pain, and so you can be sure that he'll continue to provide the internet with lots of thumb content. Just be forewarned: It makes quite the cracking noise.