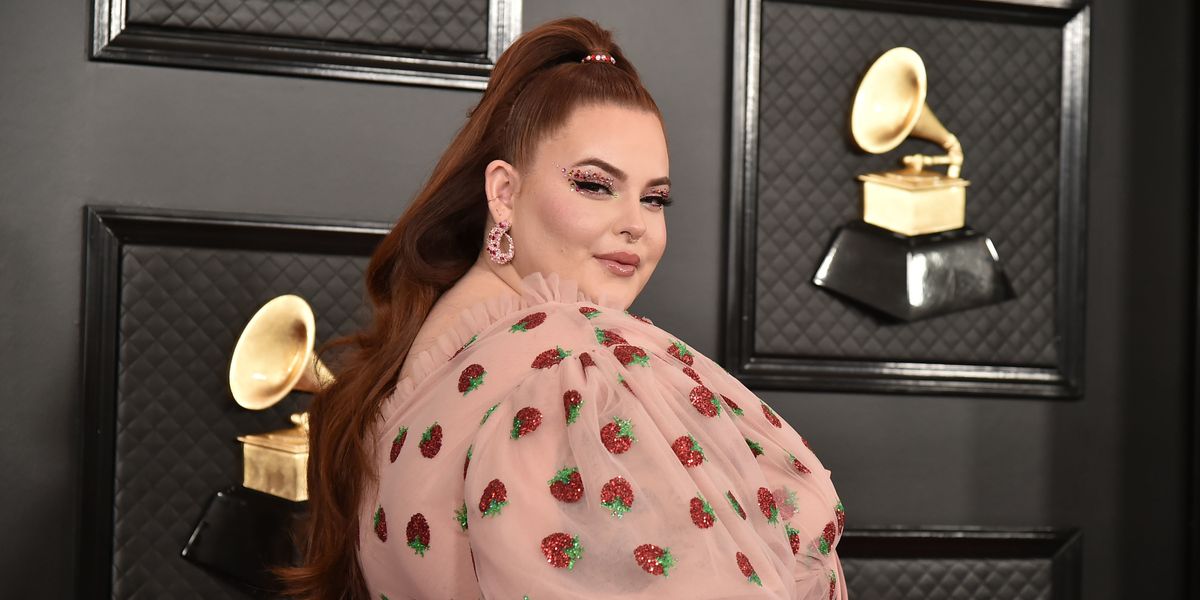 It's been declared the "dress of the summer" by Vogue and the New York Post, but not everyone is taking its rising popularity at face value. Tess Holliday, who wore a custom version of the famous "strawberry dress" by Kosovo-based designer Lirika Matoshi to the Grammys this year, is not impressed by the sudden fascination with the feminine frock.

"I like how this dress had me on worst dressed lists when I wore it in January to the Grammys, but now bc a bunch of skinny ppl wore it on TikTok everyone cares," she wrote on Instagram and Twitter. "To sum it up: our society hates fat people, especially when we are winning."

Google searches for the style started to pick up steam earlier this summer after the dress became ubiquitous on TikTok, particularly when users paired their videos with a song called "Strawberry Blonde" by Mitski. Despite its $490 price tag, the abundance of pink tulle, ruffles and red sequin strawberry embellishments have made it a smash with the "cottagecore" crowd.

Holliday acknowledged that some people praised her Grammys dress at the time (a quick online search shows her red carpet look was featured in many best-dressed lists), but it nevertheless raised some questions as to how society's sudden fascination with the dress (and, by association, its thin wearers) is part of an ongoing problem in the industry with how it treats people who aren't the ideal body size.

"I'm aware some people said I looked nice in my grammys dress & I never said I didn't make best dressed lists as well as WORST dressed," she tweeted, "but y'all are purposely ignoring the important part of my post: SOCIETY TREATS FAT PEOPLE LIKE WE ARE INVISIBLE."

The strawberry midi dress, which goes up to a size XXL, is currently the best-selling item from Lirika Matoshi and is available now on its site.