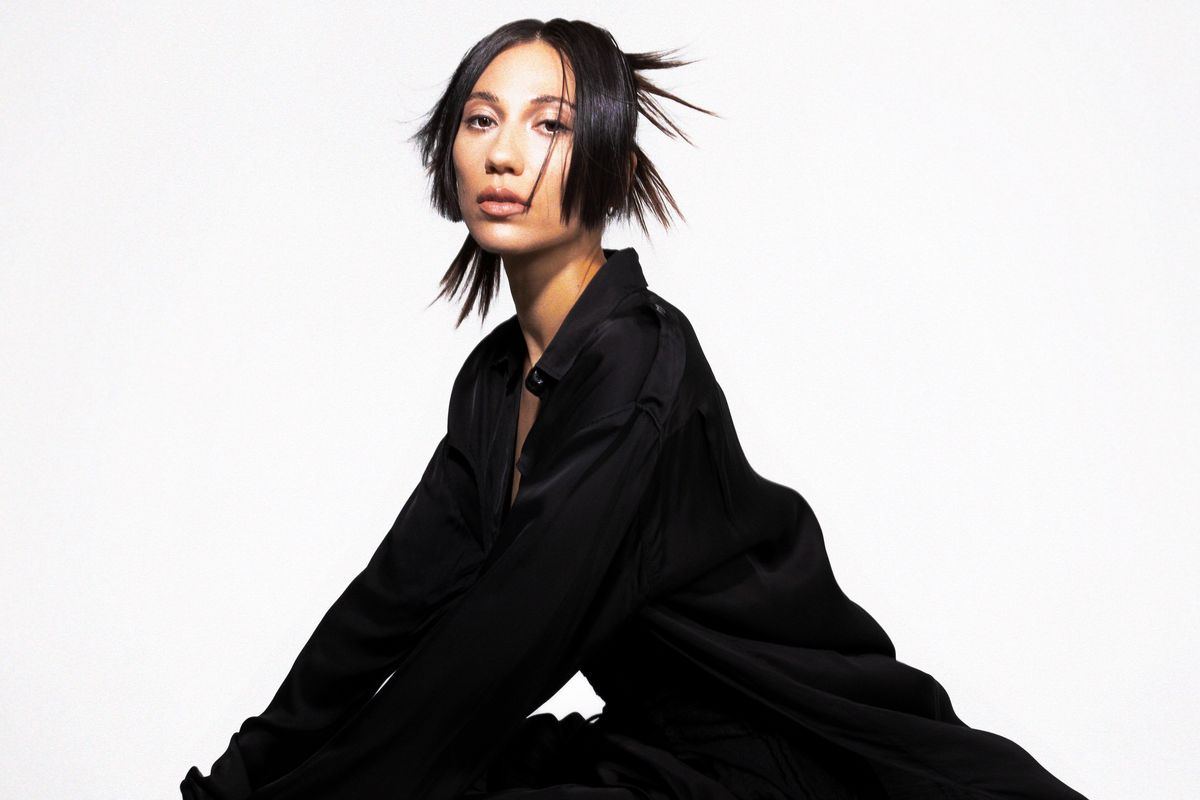 Tei Shi Is Writing Dance Anthems on Her Own Terms

What's the best cure for heartache? The clichés can be dramatic, but dancing through devastation is something Tei Shi captures perfectly on her synth-heavy anthem, "Die 4 Ur Love." "If I can't have you, what's the point of all this?" she sings as lush synths, crystalline vocals and escalating beats walk us up to the chorus. With lines such as, "What we had is gone, I'm just holding on," Tei Shi's self-aware narration makes her lyrics all the more relatable.

Tei Shi (AKA Colombian-Canadian singer-songwriter, Valerie Teicher Barbosa) writes bops like these in both English and Spanish, blending elements of pop, alternative R&B and indie. As a recently independent artist, Tei Shi is preparing to release a brand new EP written by herself and on her own terms. Since her 2020 tour with Blood Orange's Dev Hynes was cancelled, Tei Shi has been hard at work crafting songs that speak to our current environment. She addresses the feelings we experience while in total isolation, as the once fast-paced world slows to an abrupt halt.

"I'm not shying away from trying to make bangers."

It almost feels psychic to hear Tei Shi sing the word "apocalypse" over and over in several lines of "Die 4 Ur Love," which she says was written in January, along with her forthcoming EP. Recorded on a secluded ranch in Texas, she sat with her innermost, grim thoughts and brought them to life with dance music as her "cathartic release."

"Right at the beginning of the year, I had a couple things happen that fucked me up on a personal and emotional level," she says. "I had all of this inside of me when I went to this ranch to write. What came out was a collection of songs that was coming from a dark, negative place I was in at that particular time. I was feeling a lot of the things that we're all feeling now. It was this weird, impending doom."

Tei Shi wanted to create something that could help listeners embrace their current states, however dark they may be, through dancing. "It's that feeling of when you're really sad or going through something yet you go out and dance it out." she says. "'Die 4 Ur Love' is a sad song lyrically, but the sound, the beat and the way it makes you feel gives you a euphoric push. Whatever you are feeling at this time, those emotional demons and feeling trapped right now by what we're going through, I wanted people to feel them when they listen to the song — to embrace it and to experience it as a cathartic release."

Tei Shi's new EP will have themes that recall her previous projects, although she says it was written as a "snapshot of a few months," whereas other albums have been "sprawling" efforts across multiple years. "Sonically, I feel like there are a lot of similarities with [2017's] Crawl Space because that album was definitely darker than [2019's] La Linda," she says. "La Linda was about this beautiful paradise, world soundscape, and Crawl Space was darker and direct. The production was more electronic-leaning. I think in that way, this new music is feeling like an evolution of Crawl Space, but it's definitely a step forward in terms of the songwriting and wanting to make a great pop EP. That's been the biggest difference: I'm not shying away from trying to make bangers."

Ultimately, this next EP is a culmination of how far Tei Shi has come, from being on various labels to now making her own choices. It tackles many of the complicated emotions she's facing in quarantine, although she's experienced them all before. "I feel like I have so much control over this project in a way that I lost when I was in my label situation," she says. "The processes were so drawn out because of the nature of what being on a label is. Now, this EP is me wanting to continue putting music out and totally on my terms."

"This EP is me wanting to continue putting music out and totally on my terms."

While finalizing all these tracks, Tei Shi has kept busy by checking in with her fans. A week prior to the release of "Die 4 Ur Love," the singer asked listeners to call or text her to talk about everything from breakup stories to acquired life wisdom, which Tei Shi says was a "beautiful experience" and one that captures the essence of her future release. She also DJ'd an intimate set packed with bops at PAPER x Club Quarantine on Zoom.

Much like the stories her fans revealed over phone, Tei Shi says the EP features songs that "touch upon different aspects of a dark state of mind," and themes about wanting to "disassociate" or feeling "obsessive" about things. "It weirdly [encompasses] all things we're experiencing now," she says. "It's about emotions that come out of being forced to be by yourself and being with your thoughts a lot. That's more of what the EP is: here are all the weird thoughts I'm having, follow me on this journey with them."

Once quarantine ends, though, Tei Shi is headed straight to the dance floor. "The thing I really want to do is go out and dance somewhere, I don't even care where it is," she says, laughing. "I just want to dance to good music and be around other people. Ideally, it's having a night out dancing it out."

Until we can do so in public, here's to blasting her dance tracks wherever we may be, whether with others or twirling alone. Stream "Die 4 Ur Love," below, and follow Tei Shi on Instagram and Twitter.