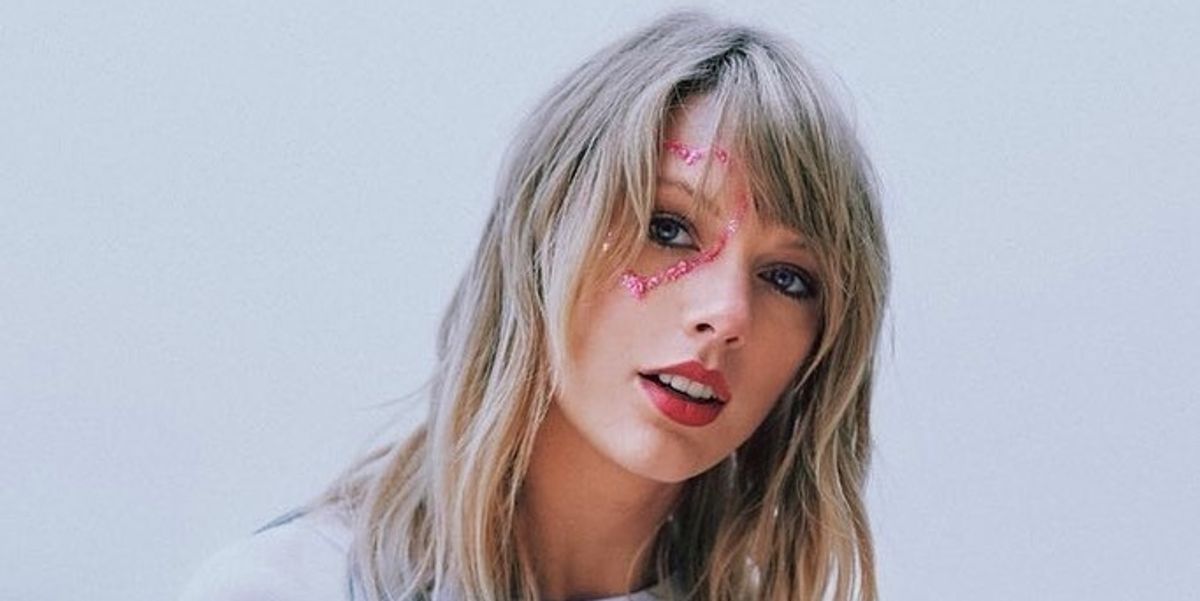 The title track from Taylor Swift's eighth album Lover is finally here, and it's a slow, sugary sweet guitar ballad presumably written for her longtime beau Joe Alwyn. There are a few things to note about the new song, her fourth single from the album, which drops in full this time next week. Firstly: it's the first track Swift has written without the aid of collaborators since 1984's "This Love," released in 2014. Secondly: a lot of people think it's proof that Swift and Alwyn are secretly engaged, or have already tied the knot.

The engagement theory rests on the the song's bridge lyrics, which heavily reference wedding tropes and subtly resemble marriage vows: "Ladies and gentlemen, will you please stand?/ With every guitar string scar on my hand I take this magnetic force of a man to be my lover / My heart's been borrowed and yours has been blue/ All's well that ends well to end up with you/ Swear to be overdramatic and true to my lover."

Note especially the "something borrowed, something blue" thing. Stans immediately picked up on it, and one Tumblr post calling attention to the obvious wedding reference even garnered a like from Ms. Swift herself. Which naturally has people thinking there's credence to the theory that she and Alwyn are betrothed, or soon will be. There's even a track on Lover called "Paper Rings." It's actually... kind of awkward if Joe hasn't proposed yet, when it's so clearly on Taylor's mind?

Even if they're not fully on board with the engagement theory, most Swifties are loving "Lover," and excited that their fave is in such a good romantic place. After, you know, a decade's worth of tabloid-worthy dramas. The best stan reactions, below.

What if the Lover music video is actually Taylor’s Wedding and she married Joe on July 13 #LoverAtMidnight
— 𝓛𝑜𝓋𝑒, Charlie (@𝓛𝑜𝓋𝑒, Charlie)1565929600.0

honestly if taylor and joe ever broke up that’d be way more devastating than my own parents divorce
— bogi (@bogi)1565931167.0

ON MY WAY TO STAN JOE ALWYN RN AND WATCH HIS ENTIRE FILMOGRAPHY THANKS FOR MAKING TAYLOR SWIFT HAPPIEST WOMAN https://t.co/Y8tzYfAKw4
— eva (@eva)1565929359.0