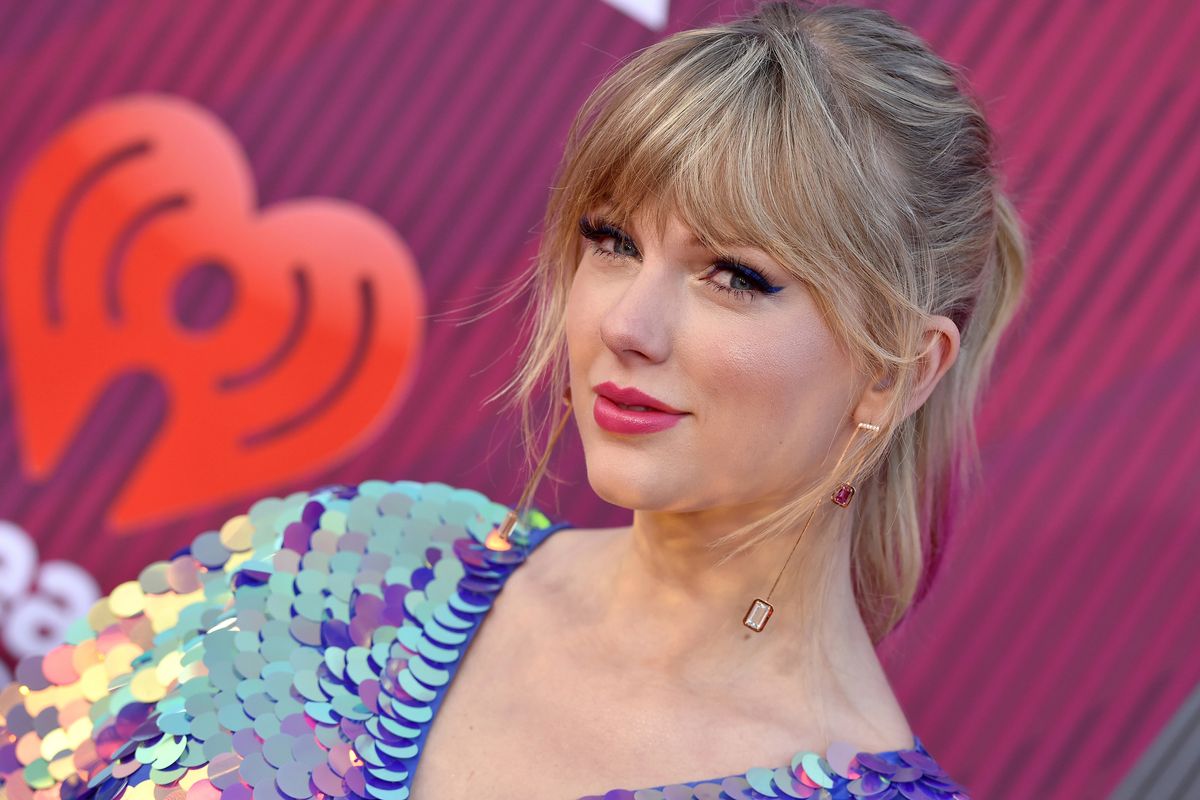 Taylor Swift Stans Give Us Their Predictions for 4.26

Taylor Swift's global Reputation tour only ended in November, but she's already embarking on a brand new career phase. The old Taylor's dead, but so is the new one, apparently. And her successor is a big fan of pastel pink, glitter, butterflies, palm trees, suits with matching briefcases, and birds wearing sunglasses. Not a single snake to be seen.

Swift re-branded her gram and website in February, and began mysteriously counting down to 4.26. That's this Thursday, and it seems super soon for new music, given how little down time the singer has had since the end of her last album cycle. Truly, no one works harder for their fans — so we asked some dedicated Swifties for their predictions about what their idol's new era will bring.

What are we getting on April 26?

Swift hasn't said anything about what will happen on 4.26, but she's posed plenty of visual clues, none of which actually feature music. The question must be asked: are we definitely getting an album? What if Swift's actually just launching a POOSH-style lifestyle brand? Or a range of home wares with Walmart? Remember when Beyoncé hinted at a "big" announcement in 2015, and it was actually just about her commitment to veganism?

"We believe that Taylor will release the brand new lead single for her seventh album, release the music video for the song, and release the album title and artwork! She'll possibly put it up for pre-order too! We believe it's music, we don't think it will be anything else. Even if it's something else, it will still come with music — her team wouldn't spend money on promotional billboards in eight countries for music to not be involved."

"Hmm, for me she's teasing her TS7 debut single, plus music video. Other than album, single or music video, maybe marriage?"

"I think she will release her new single with the music video on 4.26. I believe that the pictures she is posting on Instagram are from the video. I think she will release the full album on 7.13, because there is an unknown website for that date, with the same images she posted. And I also have another theory about 7.13: this will be her seventh album, and 13 because that's her lucky number, she uses it all the time."

"My guess is Taylor will drop the lead single from TS7, and based on the visuals from her Instagram, possibly the music video too. There's finally some links between the visuals, so I'm guessing they're either album artwork visuals or they're from a video."

Taylor Swift famously codes messages into everything — from Instagram posts to song lyrics. Even before the official 4.26 countdown began, true fans knew that something was up. The new social media color scheme, the pink hair, the palm trees... it all hinted that Swift was about to switch to a new musical era.

"We all know that Taylor loves to drop hints by hints, and clues by clues. As you can see, there's seven palm trees on [the palm tree post], it represents her past albums and the other one is her current album. She's dropping the album on the 26th because Taylor loves to drop album dates in the 20s, except for Reputation."

"The palm tree photo she posted on Instagram had 61 stars, and we were 61 days away from the update. Taylor Nation posted 115 rainbow emojis on New Year's Day, and we were 115 days away from the era without knowing it. Nothing Taylor does is a coincidence. I think she knows how much attention we pay and how much we read into everything. She's trying to make it more interesting for us."

Taylor's last two albums have been pure pop, but her roots are in country music, which is kiiiind of having a big moment right now. Don't know if you heard. It wouldn't be crazy for her to return to Nashville, but none of her recent Instagram posts are particularly yeehaw.

"So far we have bets placed on retro '90s. Probably disco, or synth-heavy pop. It'll be most similar to 1989 but still different. With Taylor, you know you're never going to get the same thing twice. We think nostalgia with be a theme, or like memories, or something along those lines. Maybe stuff about her childhood too, and just general reminiscing. And obviously love songs about Joe."

"Bubblegum pop? RnB? Dance pop? It would be nice if it's 1989 and Reputation combined."

"I have no idea. I'm getting Speak Now vibes, and I was thinking country, but I reread her Elle cover story last night, and now I'm 100 percent sure it's going to be pop. She's spoken about the importance of an album being sonically cohesive, so I doubt she'll blur the line between country and pop. I'm also 100 percent sure she's going for a nostalgia theme."

What's with the chickens wearing sunglasses?

"[All of the Instagram posts] have been a bit confusing, but the chicks picture is the most confusing! Some think it's hinting at a Dixie Chicks collab? But after today's teaser we think all of the posts have been zoomed in shots of the props used in the lead single music video."

"My theory about it? Seven chickens means TS7. Seven shades, times two, means 14 tracks. Four portraits means four deluxe tracks. One chicken without a partner means Taylor Swift is the only producer and writer for TS7. One unseen chicken means a surprise collaboration."

"Oh my God, I have no idea. There are seven chickens in the photo, so that's the only logical hint I can take from it. I can't wait to find out what it means."

Is she still beefing with the Kardashians?

Obviously, Taylor Swift has a longstanding — but theoretically dormant — feud with Kanye West and the Kardashians. So when Kim and Kylie announced their new collaborative fragrance was dropping on April 26, the same day as Swift's new projects, eyebrows raised. A few days later, Kim announced the release had been postponed due to production issues. Coincidence, or conspiracy?

"Coincidence. The release date of [the perfume[ has been pushed back anyway. [The feud] is old news."

"Oh I didn't even know that happened! I just searched it, and to be honest I feel like it's probably a genuine production issue. They're super successful with their cosmetic and fragrance launches, I'm sure if something isn't right they wouldn't want to put it out. I don't think it would have anything to do with Taylor."

"We all know who will sell more."