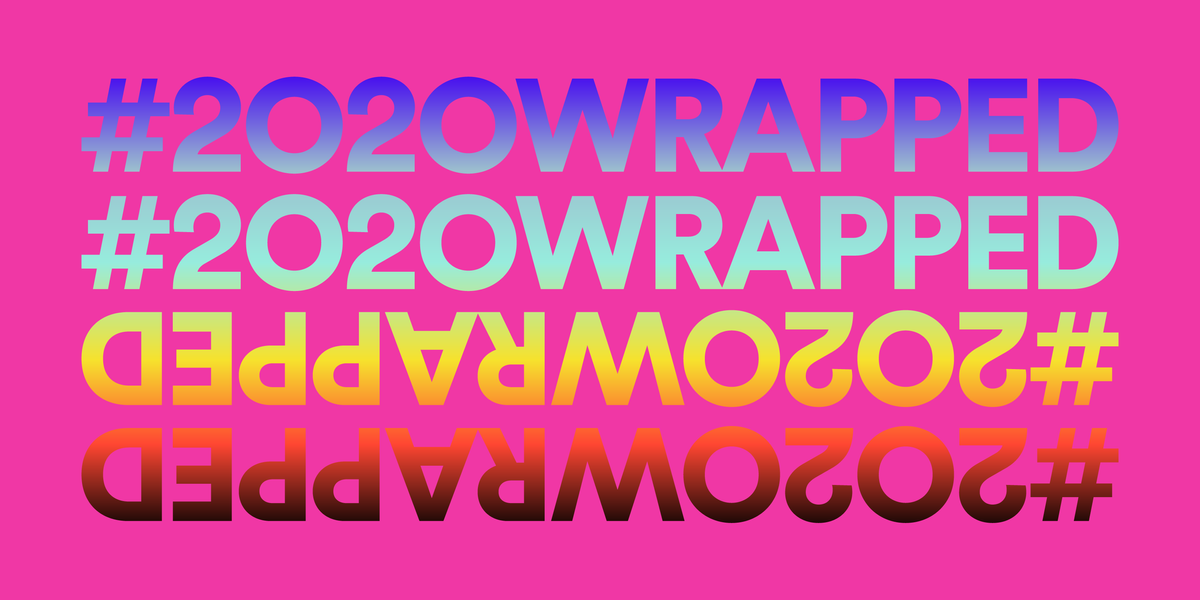 On Tuesday, the Spotify algorithm sat us down and reminded us that all we did in 2020 was bake mediocre banana bread and have several consecutive breakdowns to the new Phoebe Bridges album.

But as well as feeling depressed, some users have been left perplexed by their genre statistics. Many have found that their listening habits have apparently spanned 600+ genres, despite feeling pretty sure that there's only like, 12, maybe 15 at a pinch. And many of us have found that seemingly nonsensical phrases, like "Escape Room," "Braindance," "Traprun" and even just "Sound" have made their way into their top genres list, prompting us to wonder: does Spotify just make this shit up?

The answer is: yes, kind of. An interview with Spotify's "Data Alchemist" Glenn McDonald reveals that he takes a pretty radical approach to genre. Rather than just running with whatever genre the record label or artist has labeled themselves as, he's developed an algorithm which evaluates music based on "subjective psychoacoustic attributes" — basically, what a song sounds like. The genres which are ultimately attached to an artist are swayed by a vast number of oblique factors: stuff like "tempo" and "duration," but also "color," "modernity" and "femininity." The algorithm then ranks the artist's similarity to every genre Spotify has on their system. You can play around with the Spotify's ranking system at McDonald's website, Every Noise at Once. Megan Thee Stallion, for example, comes out as most similar to "Pop Rap," "Pop" and "Houston Rap," but as least similar to "Ukranian Choir" and "Wind Ensemble." Sounds about right.

To the Spotify algorithm, the genre an artist falls into is just a "cluster of collective listening patterns," rather than anything you'd find on a sign at a record store. And if McDonald finds a cluster of sonically similar artists with no clear genre attached? He just makes one up. McDonald calls these "emerging genres," and keeps a close eye on them, in case they develop into "a thing." That's how so many users have ended up with "Escape Room" on their top genres list. Escape Room was a name devised by McDonald, to label a cluster of artists who feel "connected to trap sonically," but are more related to "experimental-indie-r&b-pop" than they are to traditional trap: examples of Escape Room artists include Charli XCX, Kaytranada and Ashnikko. Escape Room is partially a silly play on "trap," but also reflects something about the quality of the music to McDonald: "it just sort of felt like it was solving and creating puzzles."

i’m bringing a gun to spotify headquarters and i’m not leaving until they tell me how many genres of music there are
— lindley (@lindley)1606958110.0

The number of data points Spotify collects allows far more genres to be defined than would perhaps emerge organically — Spotify currently holds 5,071 distinct genres. Moreover, this level of detail has allowed users to parse through Spotify's library in increasingly complex ways. In the pre-streaming era, perhaps you'd turn on a pop radio station if you wanted to feel energized. Or rock & alternative if you were feeling a little moody. It's now perfectly possible to search Spotify by activity: there are curated playlists for running, cooking and sleeping, for watching sunsets and going on winter walks. You can search by mood, or color palette, or even by random word — there are playlists for "Glitter Bomb," "Serotonin," "Good Vibes," "Altar," "idk." For many users, the experience of using Spotify has more in common with wearing a mood ring, or taking a Rorschach test, or playing a word association game, than it does with anything as retrograde as listening to the radio.

This is all part of Spotify's plan. "What we want to do is make Spotify more of a ritual," said Shiva Rajaraman, Spotify's VP of Product. "You'll begin to use it for a set of habits, and we will start to feed content for every slot in your day." When you put it like that, Spotify's vision of a genreless world — or a world where there are so many genres, they stop meaning anything at all — begins to feel a little bleak. One can imagine drifting through life, surrounded by frictionless aural wallpaper so perfectly calibrated to the vagaries of our moods, taste and personality, that we're only ever half listening to it. Shouldn't music be challenging?

Or maybe the disintegration of genre is a good thing. We all remember the tiresome fuss kicked up by Billboard when Lil Nas X's "Old Town Road" debuted on the country charts. There's a sustained history of racism and sexism in traditionally demarcated genres: from the sclerotic inclusion of women in rock bands, to the rejection of Beyoncé from the Country category in the 2017 Grammys.

But then again, there's a sustained history of racism and sexism in algorithms too. Whatever lies ahead in the future of genre, one thing is certain: Spotify is going to be there. While none of Spotify's "emerging genres" have made it into common parlance quite yet, there could come a time when we all identify ourselves as Escape Roomers, or Dreamos. Or maybe, we'll all just be into Good Vibes.