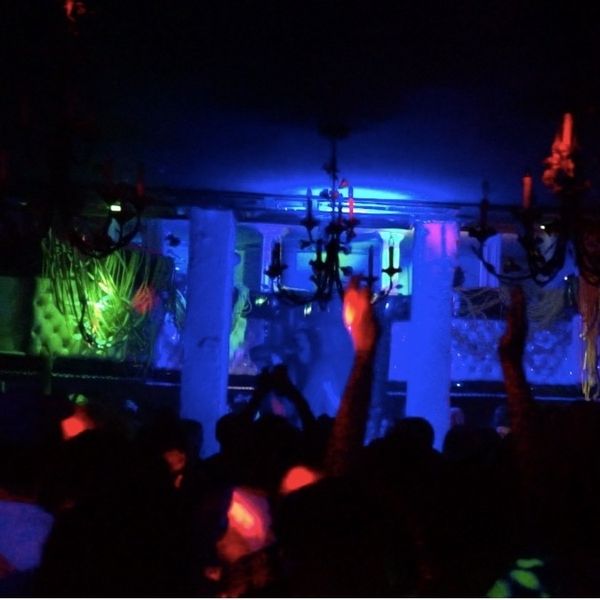 Existing at the intersection of Brooklyn's thriving queer and DIY scenes, the Spectrum was the stuff of gay legend. A nondescript sweaty room located in some godforesaken part of East Williamsburg, the Spectrum was revered for its consistently wild parties that would only be attended by the most fabulous, messy queers this side of the East River had to offer. Immortalized in Andrew Durbin's 2017 novel MacArthur Park, the Spectrum was part of a rare breed that seemed to transcend the status of venue into a fixture of a generation.

After being evicted from their original home, the Spectrum soon found a new home in a converted banquet hall in Bushwick under the new name; The Dreamhouse. It seemed like the veritable phoenix had indeed risen from the ashes but as it turns out that the good times weren't meant to last, announcing late last year that the fledgling new venue was being evicted for the second time.

Related | Output's Closure Is a Brutal Blow to Brooklyn Nightlife

The Spectrum/Dreamhouse has only been the latest in a series of Brooklyn venues that have been forced to permanently close their doors. Late last year Williamsburg house and techno mainstay, Output, was surprisingly forced to shutter in the face of rising rent costs leaving a huge void in New York's electronic music circuit. Other DIY venues like The Gateway and Market Hotel (which thankfully has recently reopened) have also struggled with shorter lifespans despite the relatively recent appointment of a New York City Nightlife Mayor which promised to protect small spaces like these following the end of the city's outdated cabaret law.

More than just a place to party, the Spectrum functioned as a community center, offering classes, workshops, and space for creative endeavors to all members of their extended queer family. Which makes the news that even the Dreamhouse wasn't able to last, especially saddening.

"For seven years, we have provided artists, performers, musicians and innovators a platform to cultivate and share their work," writes Gage of the Boone, one of the Spectrum/Dreamhouse's owners. "We have been overwhelmed by the response from our supporters and the outpouring of love and offers to keep the Dream(house) Alive." Rather than throw in the towel, the Spectrum/Dreamhouse has instead launched a GoFundMe to raise funds towards its relocation and it looks like there may a glimmer of hope with Gage writing, "we are currently exploring some unexpected viable options for immediate relocation."

If you wish to help the Spectrum/ Dreamhouse find a new home head here to donate.