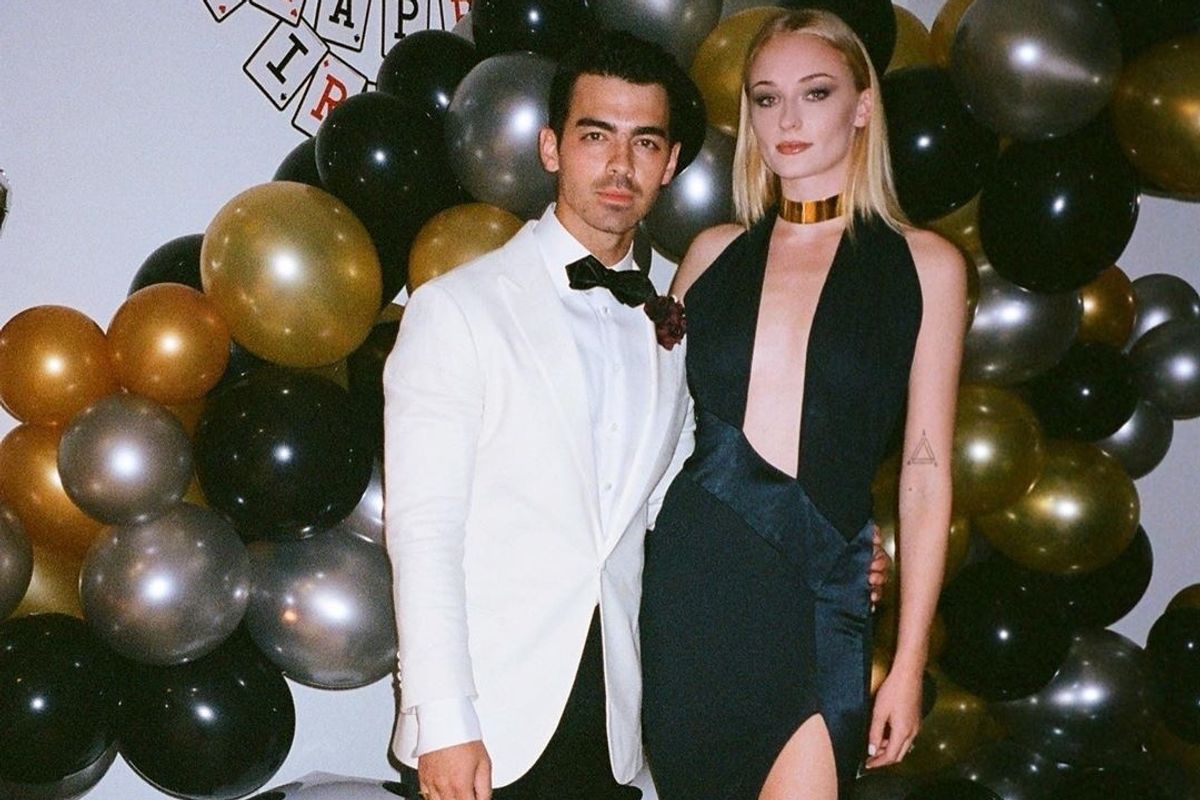 Strong contenders for Celebrity Couple of the Summer Joe Jonas and Sophie Turner continue to enjoy their fame and wealth. They're in New York City this week for a string of Jonas Brothers performances, as well as continued birthday celebrations for Joe's 30th. Last night Turner threw her husband a very slick James Bond-themed party, and they both dressed to kill:

One thing to note here, as many stans have already, is that Turner is wearing a sexy spy dress from Alexandre Vauthier's spring 2015 couture collection — Taylor Swift, Joe's long ago ex, actually wore the same gown to an Oscars party three years ago. Very Rebecca. But also probably a harmless coincidence, and Turner looks amazing in it, as did Swift, obviously. Joe's white tux doesn't look too shabby either.

More things to note: all three JoBro were present, and it seems like everyone had a very good time drinking martinis shaken, not stirred. A gentleman, Joe posted thanking Turner for hosting the event on all his social medias. He also shared a bunch of cute photobooth pics, and we're grateful.

J O E J O N A S on Instagram: “Thank you babe for throwing me the most epic bond themed 30th birthday 🎂😎 here’s a few pictures before the 🍸”

Doesn't look like things got as wild as they did in Vegas, or at Sophie's wild bachelorette week in Europe, but we're still sad not to have been invited.