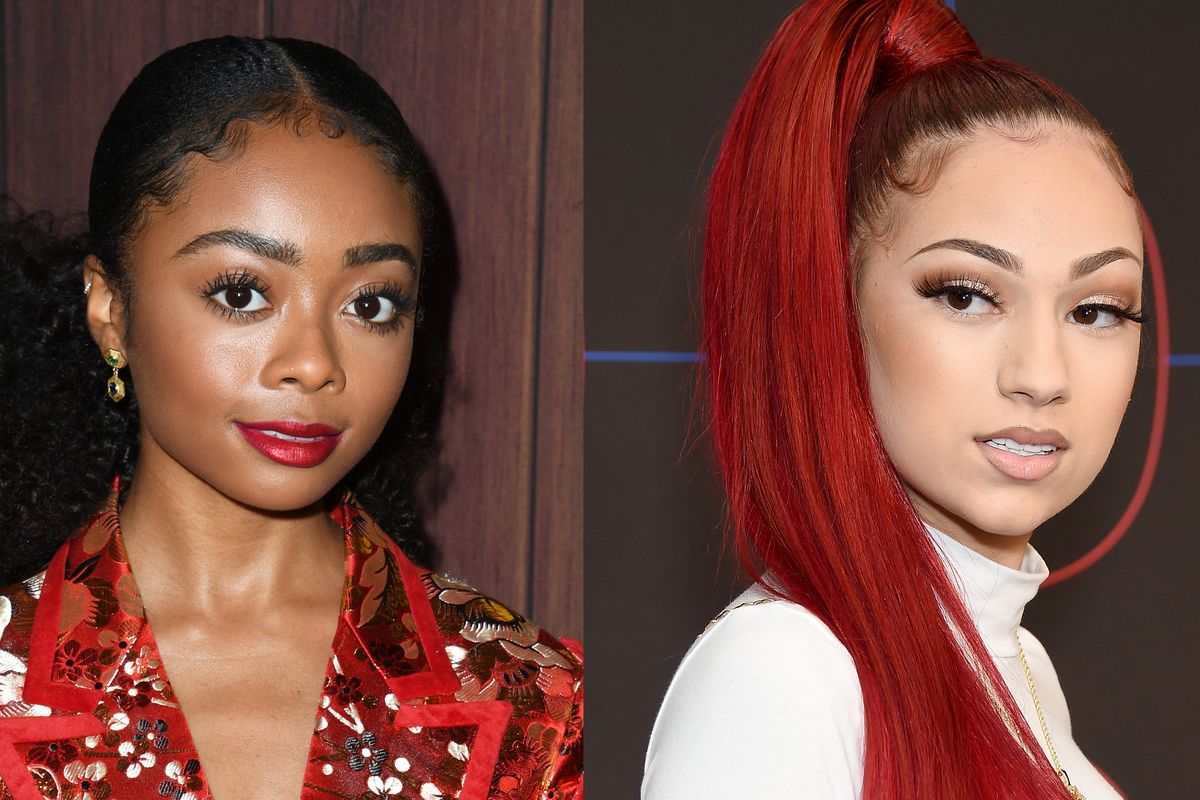 Bhad Bhabie Has to Stay 100 Feet Away From Skai Jackson

Skai Jackson has just been granted a restraining order against Bhad Babie a.k.a. Danielle Bregoli a.k.a. "Cash Me Ousside" girl.

In the past week, the two have been feuding on Instagram. According to Seventeen, it all began because Skai — using her supposed finsta — allegedly expressed interest in Bhad Bhabie's ex, rapper NBA YoungBoy. The "Gucci Flip Flops" rapper then accused the former Disney star of having done this repeatedly. "She literally do this with every dude I talk too," Bregoli said.

She also threatened Skai, saying, "Why you so obsessed with me, bitch? I'll literally kill you. You're so small, if I get my hands on you, it's over with."

The Shade Room Teens on Instagram: “Chilee #BhadBhabie is up late and wants to fight ! Tonight #Dani is going off about #SkaiJackson posting about her from an alleged spam…”

People also acquired screenshots of exchanges between Skai and Bhad Bhabie. "You funny imma get to you don't worry," Bregoli reportedly told Jackson. "Oh god you better hide I find everyone Yk me I pull up to studios houses all that shit." The former Jessie star replied, "You really tripping about something I didn't do… you know people stay starting stuff when it's not even true right? I'm good over here, and worried about my own self… no one said anything about you. I would love to see the DMs they said I posted. That's false."

"Shut your scary ass up," Bregoli replied. "Imma get to you. Hide that's all imma tell you HIDE."

Because of this Skai filed for a restraining order against the 16-year-old artist. Per People, she wrote in her request that she was "fearful" of leaving her house, and this fear has caused her "lack of sleep." The temporary restraining order granted by the Superior Court of California in Los Angeles on Thursday reportedly states that Bregoli is required to stay at least a hundred feet away from the actress. She is also not allowed to contact her.

Related | Of Course Bhad Bhabie And Iggy Azalia Are Fighting

Bhad Bhabie has indirectly responded to the restraining order with an Instagram post. She wrote, "you can try to hate me for responding to bullshit with more bullshit but that's just who I am and I don't apologize for none of it. I been in this fake ass hollywood world for 3 1/2 years now and I've done ALOT when the whole world said I couldn't, but I refuse to become as fake as hollywood is."

She ended by saying, "Y'all can play around on your finstas but I'll always say what's on my mind as cuz that's who I am. Go get your restraining order , Imma go get checks. @fashionnova #ad"

Bhabie🦋 on Instagram: “you can try to hate me for responding to bullshit with more bullshit but that’s just who I am and I don’t apologize for none of it. I been…”

A hearing date has been set for March 20.