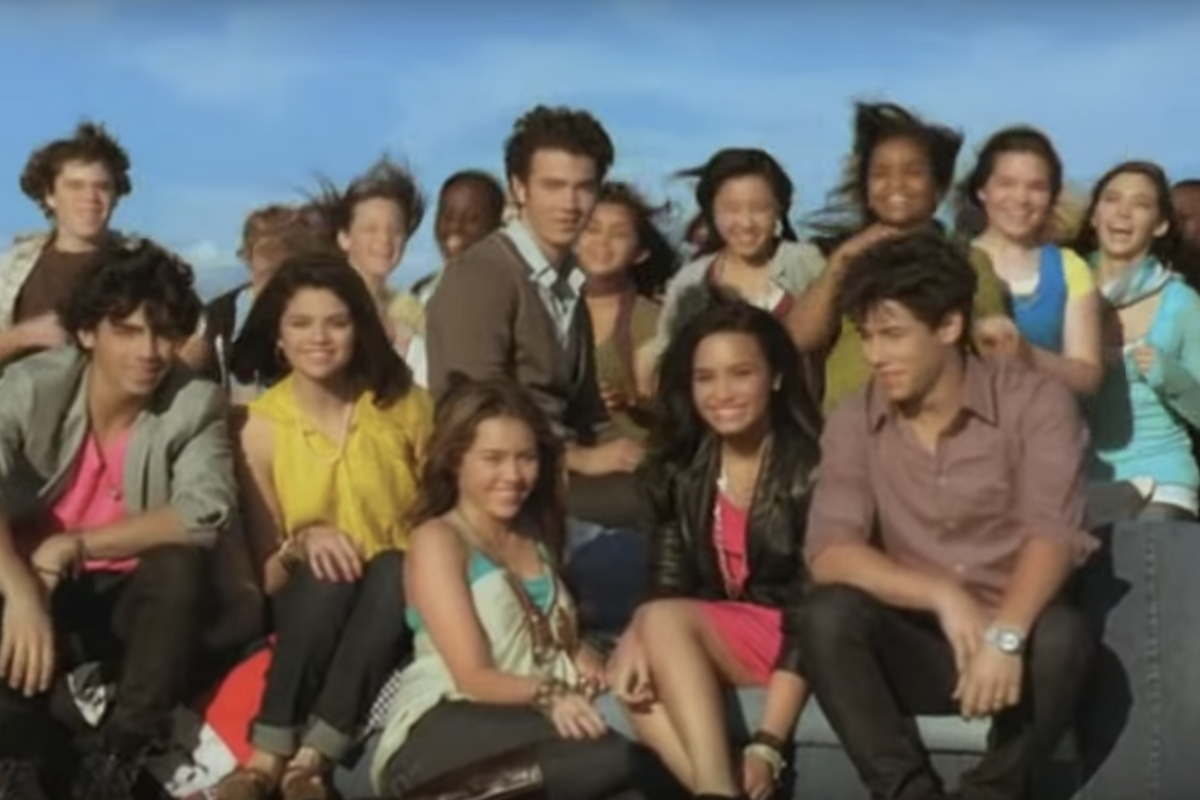 Who would've thought that 10 years later, not only would the theme and message of the Disney Channel superstar-packed Friends for Change song "Send It On" still be relevant, but more important than ever? On August 11, "Send It On" turned 10, and Gen Z'ers everywhere checked their watches in unison to see where the time had gone since the initial release of the A-list teen-supported track to help spread a message of environmentalism.

Those who remember the now-iconic, pull-on-your-heartstrings video for the Disney's Friends for Change project likely aren't surprised that the stars in the video are still the biggest names in the industry to this day. The song featured Miley Cyrus, the Jonas Brothers, Demi Lovato, and Selena Gomez — the six power players of the music, acting, and lest we forget, fashion industries at the time.

While the stars took a more general stance on environmentalism, with the song serving as the equivalent of a Reduce, Reuse, Recycle poster, they no doubt planted seeds of change in young people at the time, as reflected in the song's success. "Send It On" peaked at No. 20 on the Billboard Hot 100, a spot currently occupied by Sam Smith and Normani's hit, "Dancing With A Stranger." Subsequent Friends for Change songs would be released, like 2010's "Make A Wave" which featured two members of the OG Friends for Change crew, Joe Jonas and Demi Lovato, and was released in tandem with the Disney film Oceans. The final Friends for Change song was released in 2012, "Rise," sung by the McClain Sisters.

Perhaps the most fascinating thing about looking back on the songs and videos for Disney's Friends for Change is the stark difference between the dialogue on environmentalism happening amongst teens in 2009 and in the present day. Greta Thunberg is leading the charge for climate justice and representing an entire generation of teens feeling the hyperreal pressures of climate change around the world. The 16-year-old activist recently opened up The 1975's newest era with a spoken word track about the immediacy required for real change, a much more stark and grim take compared to "With one little action/ The chain reaction will never stop."

Regardless, the bit of 2009 nostalgia is making Twitter stans go crazy and causing pleas for "Send It On" to make its way to Spotify immediately. While it appears that Friends for Change is now defunct, fans wishing to learn about and support Disney's other climate-related initiatives can visit Disney's website for more information.

To learn more about the teen-led fight for climate justice, visit www.ourchildrenstrust.org.