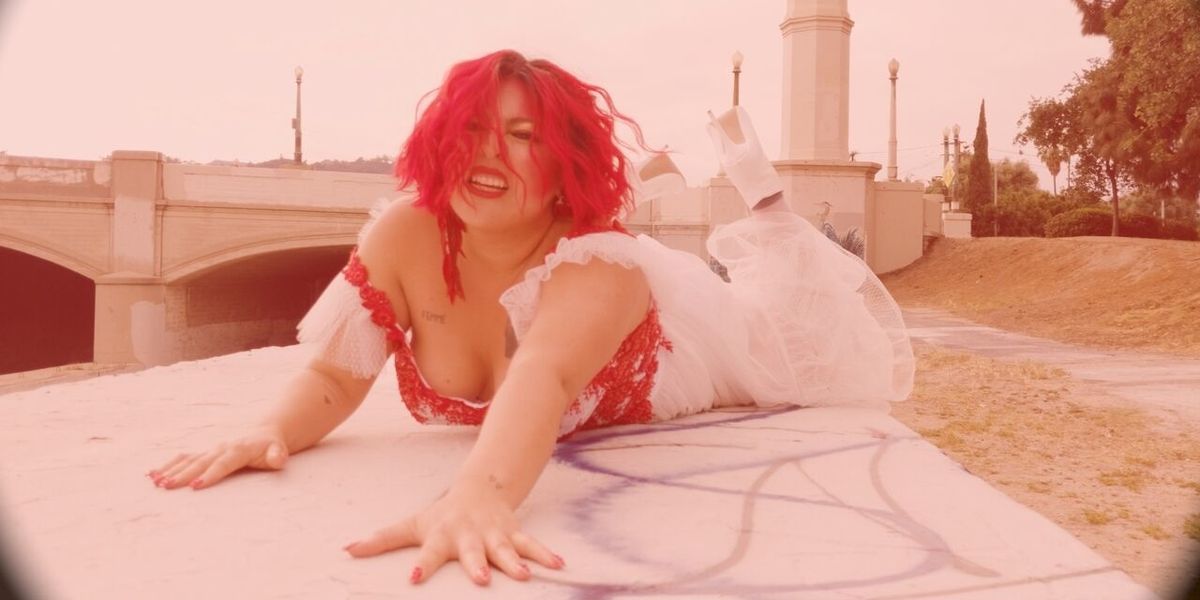 Cast Out Your Demons With SAN CHA's New Video

Queer Latinx LA-based artist SAN CHA is back with her latest video for "Capricho del Diablo," which translates loosely to "devil whim," and it gives the idea of "not today, Satan" a whole new meaning. SAN CHA, who is Mexican, draws on a range of cultural influences for her music and visuals. As such, "Capricho" blends elements of rancheras, boleros, cumbia, and even some punk and rock styles.

In the video, directed by Graham Kolbeins, SAN CHA performs in a white dress covered in red lace — an allegory on possession by the devil, explains wardrobe stylist Olima. "We went for a more traditional Mexican direction," Olima tells PAPER. "I wanted the dress to have the feel of a traditional folklorico skirt, but with a modern twist. The red lace detailing on the bodice was used to represent the overall feeling in the song, the devil taking over."

SAN CHA elaborates on the video's themes, saying that the inspiration largely came from a white savior who later became far more sinister — a concept that heavily influenced her new bilingual Spanish and English EP, also called Capricho del Diablo, out July 13. "These are subtle acts of worship, exorcism and sensuality in one single outfit where I blur the lines between god and the devil," SAN CHA explains. "It's a story of how my white Savior became my debt augmenting and collecting demon, and I'm waiting for him to really show up and try to collect his petty debt." Not today, Satan indeed!