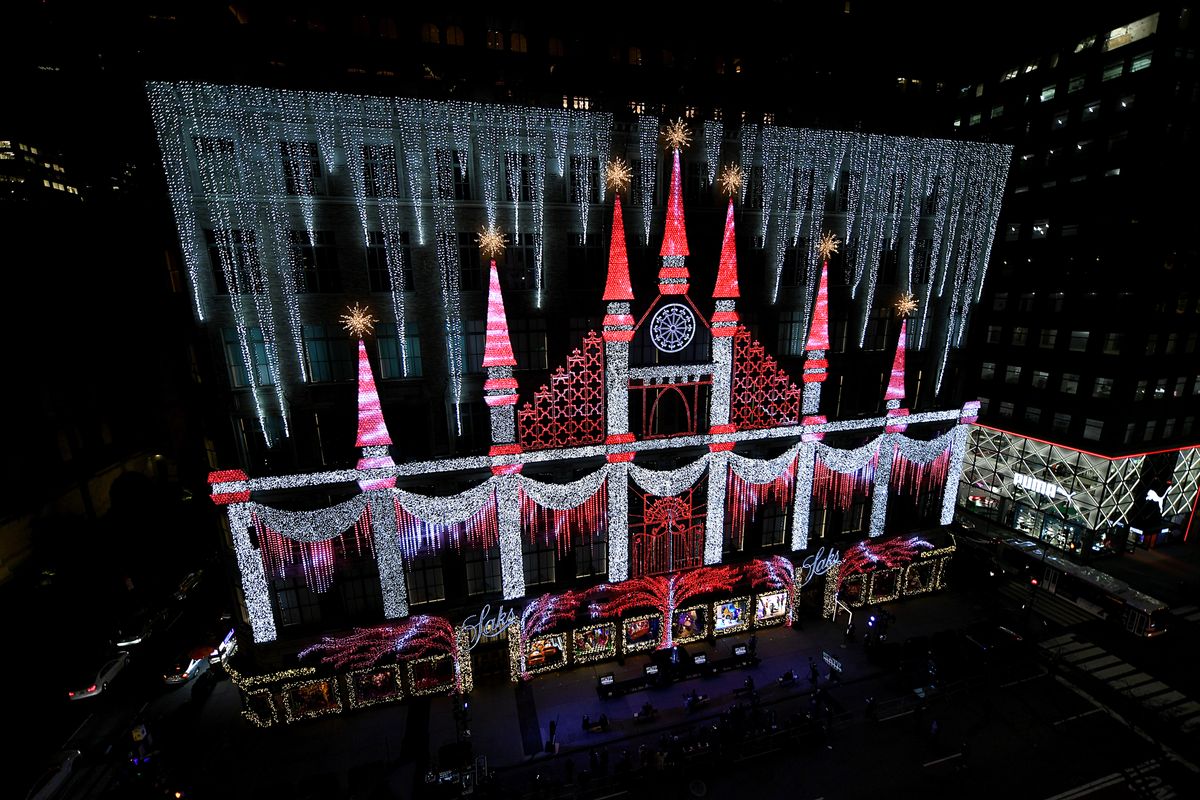 New York's Fifth Avenue during the holidays is a spectacle like no other. Thousands flock to the city's shopping haven to witness the fantastical storefront displays that retailers dream up each year. Of course, in the wake of the pandemic, this year's holiday celebration is going to look a little different.

Saks Fifth Avenue has chosen to go ahead with its annual window unveiling but with a digital bent. In lieu of the usual large-scale performance that quite literally shuts down Fifth Avenue, the luxury department store is hosting several intimate lighting ceremonies, in a new concept called "Saks Lights Up Fifth Avenue," available via livestream.

Through December 23, a designated host (a celebrity, designer, or other prominent member of the fashion and entertainment worlds) will press the honorary button that lights up the Midtown Manhattan facade from inside a decorated holiday window at each event. Additionally, Saks Fifth Avenue is making a donation to a non-profit of the host's choice, totaling at $100,000 in donations by the end of the season.

The inaugural unveiling event kicked off on Monday with several more holiday events to come that will be streamed on select weekdays through Wednesday, December 23, 2020. Access the experience, here.