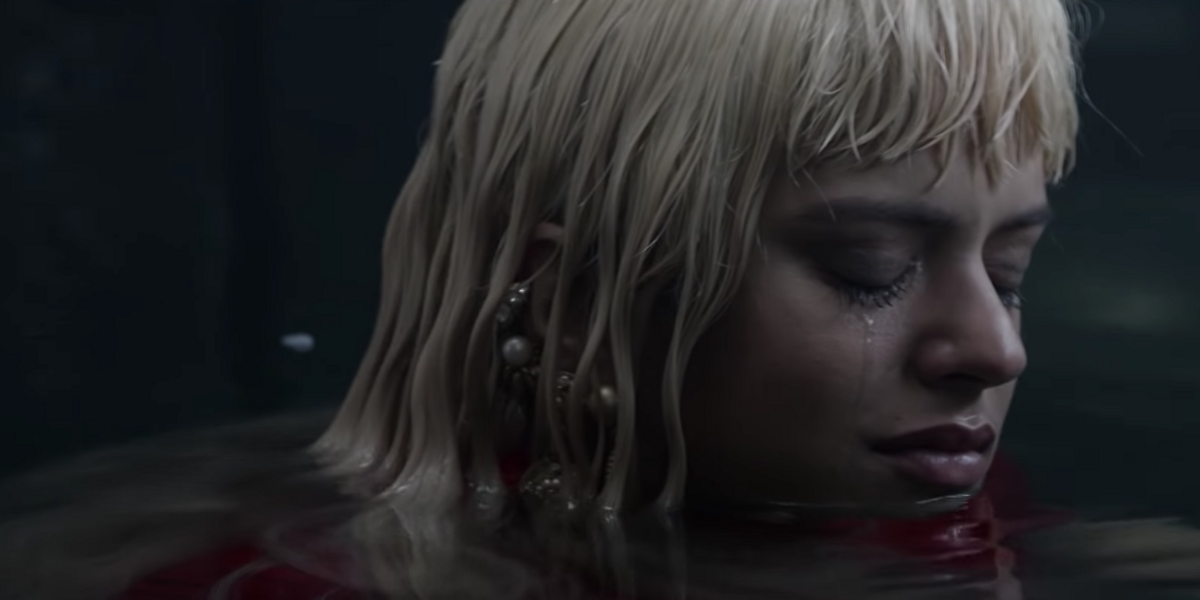 It's safe to say that Rosalía, the Spanish breakout singer who smartly fuses old-school flamenco with modern pop production, is having quite the moment. Her second album, the concept-driven El Mal Querer was released earlier this fall, and is already a big hit in her home country, and enjoying crossover appeal and widespread critical acclaim.

Rosalía has thus far released the cinematic videos for album singles, "MALAMENTE (Cap.1: Augurio)," "PIENSO EN TU MIRÁ (Cap.3: Celos)," and "DI MI NOMBRE (Cap.8: Éxtasis)," each telling new arcs of an dramatic storyline covering love and untempered passion — to the tune of millions of views. Makes sense for someone who cites Pedro Almodovar as a primary visual inspiration. Plus, the whole album is basically a collection of bops.

The latest entry in this saga is "BAGDAD (Cap.7: Liturgia)," a song that Rosalía based around Justin Timberlake's iconic Justified-era hit, "Cry Me a River." Fun fact: Rosalía is the rare artist who has actually gotten the thumbs up to sample JT's work, which is a pretty major co-sign. She interpolates that song's pre-chorus melody into her verses on "BAGDAD."

For the video, directed by Helmi, Rosalía dons a blonde wig and plays a stripper clad in red latex who, after having what appears to be a stormy fight on the phone with a lover, locks herself in the restroom and proceeds to cry a literal river of tears that she later floats in. And as we've come to expect from Rosalía, the way this plays out visually invokes beautifully rendered images of a dying deity reborn. See the high drama unfold for yourself, below.