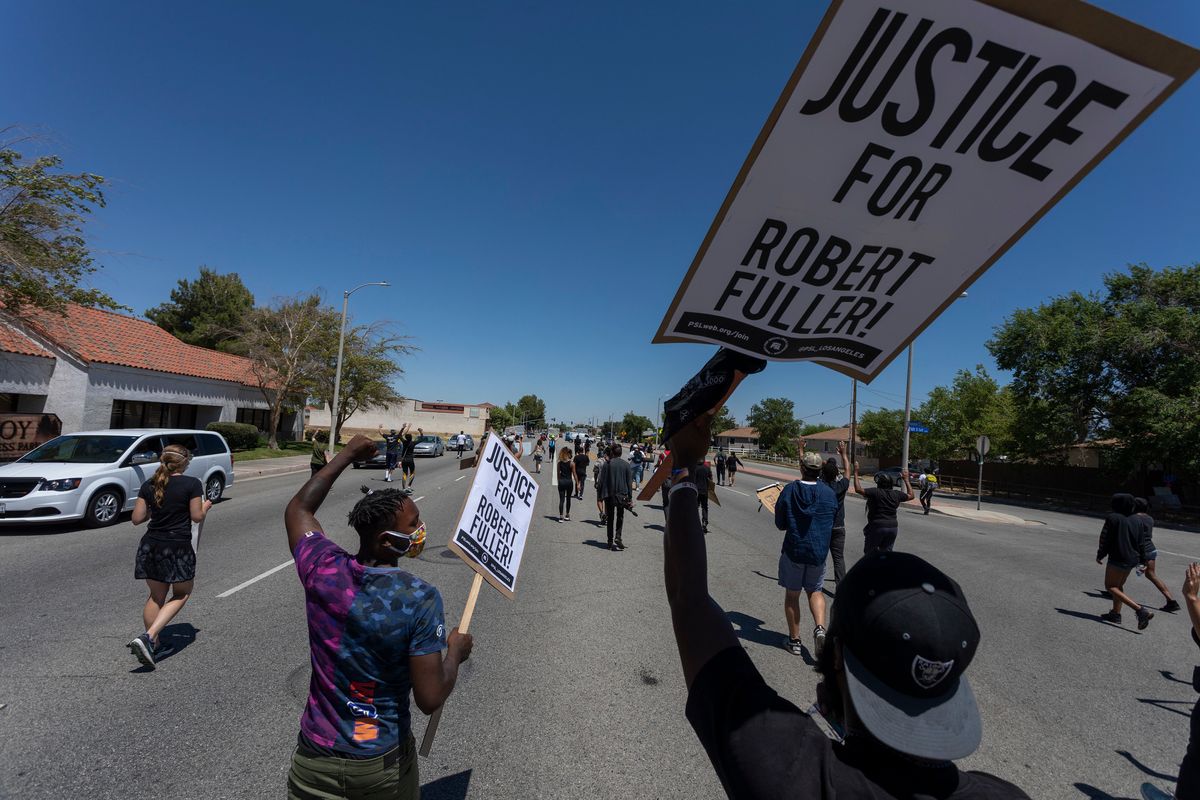 How to Demand Justice for Robert Fuller

On Monday, a 24-year-old Black man named Robert Fuller was found dead, hanging from a tree outside the city hall in Palmdale, California. Authorities claim that it was "an alleged death by suicide," but his family, friends and people in his community are not buying it, and are demanding for further investigation and an independent autopsy.

People are saying that city officials were too quick to rule the incident a suicide, and that it was more likely that Fuller was murdered. "Sadly, it is not the first such incident since the COVID-19 pandemic began," the city initially said in a statement, per CNN. "The city remains committed to addressing mental health issues during these difficult times. We are in this together."

But as more people rallied and made their voices heard over the weekend, the city changed their tone. When the sheriff's department held a press conference to announce preliminary findings, crowds showed outrage. "We're working hard to try to figure out exactly what happened," said Palmdale Mayor Steven D. Hofbauer.

"We will fully cooperate with the Sheriff's Department, the Los Angeles County's Coroner's Offices, and any and all investigative agencies looking into the matter," he added. "We are awaiting all available details surrounding this tragedy. In addition, we are working with local community leaders to increase the dialogue on how we can best work together and build a safer and more inclusive community."

Celebrities like Viola Davis, Becky G, Kim Kardashian, and Jameela Al Jamil are among the thousands who have supported the call for justice for Fuller.

To support the investigation you can sign the Change.Org petition, which currently has over 200,000 signatures and still hasn't met the 300,000 goal at the time of writing. And to contribute to Fuller's family, you can donate through this GoFundMe page.