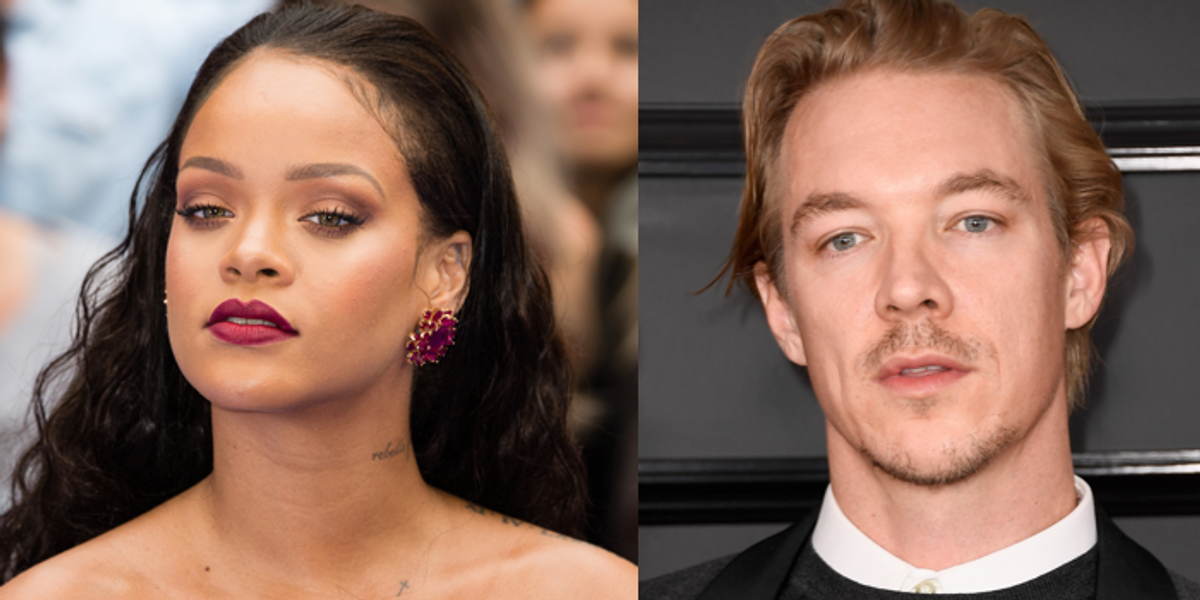 In what might go down in history as the greatest celebrity exchange ever to appear in the press, Diplo has recounted a run-in with Rihanna in an interview with GQ, during which Queen Rih told him the music he made sounded like airport reggae. Fantastic.

The DJ/producer mega star said he was once in the studio with the Barbados singer when he played her a new track with hopes she would consider featuring. He had grown desperate after reaching out to her to appear on instant-hit "Lean On," to which she replied "I don't do house music" ("I face-palmed so hard on that one," he said). Following the incident, Diplo apparently took one look at all those Calvin Harris collabs and decided he wasn't going to take no for an answer.

"Another time I had a session with her, and Future was also invited," he explained. "The Weeknd was there. Metro Boomin was there before anybody knew who he was. I was so contact high. Future played her, like, 700 songs. It was four in the morning. Finally, I was like, Yo, G, I'm leaving unless you let me play her a song. So I played her a song. And she was like, This sounds like a reggae song at an airport. [laughs] I was like, I'm gonna go kill myself."

This is the second time Diplo has spoken publicly on working with Rihanna, presumably recalling the same experience.

"I was in the studio with Rihanna two weeks ago, still playing the game," the DJ told The London Evening Standard in 2015. "I was trying to convince her why she should do so-and-so, and thinking, "Lean On" is bigger than any of her songs around the world right now. Why am I even sitting here trying to negotiate?'"

He later clarified his statement with a simple "w love riri."