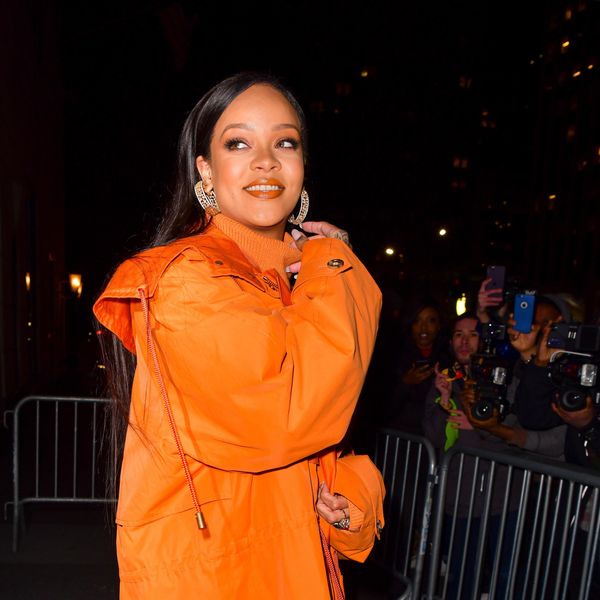 It't happening: Rihanna is coming back "soon." Whatever that means. But it's a glimmer of hope for a world waiting on the singer's triumphant return.

In a recent Instagram post celebrating Women's History Month, Rih highlighted some of her top achievements including scenes of her performing, modeling, meeting with the community and snippets of her last album, the iconic Anti. The video was captioned "grateful to the most High for putting die hard supporters in my circle #Anti #WomensHistoryMonth congrats to everyone that contributed to this era, thank you team."

Ever-persistent, a fan commented under the video asking Rihanna to "celebrate by releasing a song."

Rihanna, known for hopping in her comments, responded with "I think I should" and the "soon" emoji. She then clarified by saying "just 1 tho lol."

Another fan wrote "'R9' is what we need," referring to Rihanna's mythical next album, anticipating a hopefully positive response. Instead, the singer side-stepped the question and replied "Lemme have my moment nuuuhhh??? Lol."

So "soon" is the nugget that the world has to hold onto. Rihanna is gearing up for her comeback finally, even if it's just one song. It aligns with a recent interview she did with Closer last year when she said that being in the pandemic-induced lockdown has helped her "creativity blossom."

Rihanna's Anti came out back in 2016 and in December of 2019, she teased on Instagram that she had completed her new album — she's just holding it until she wants to release it.

Could Rihanna's Instagram comment mean that the album is finally coming out? We'll have to wait and see.